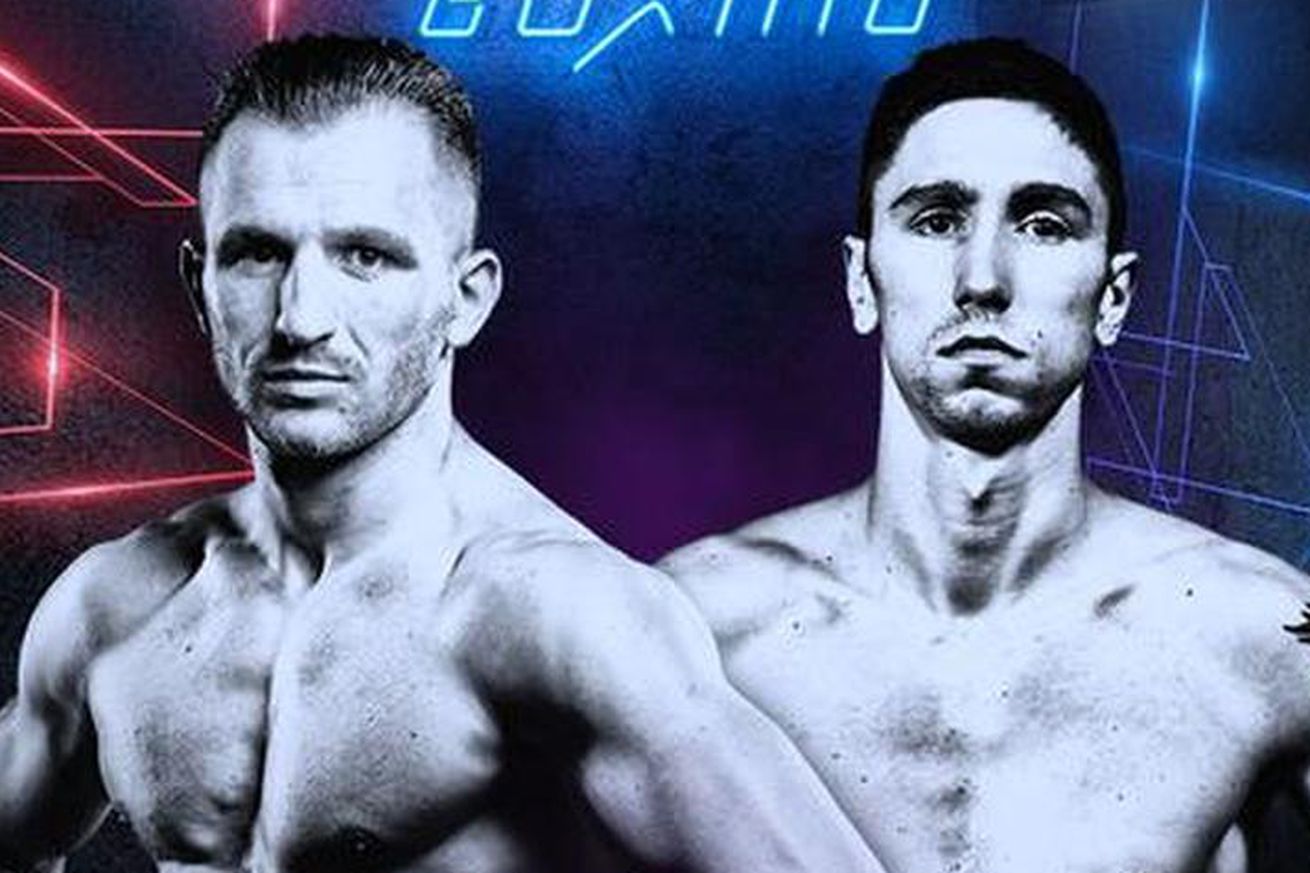 Will it be the “Mean Machine” or Mikael Zewski on Saturday?

Saturday night on ESPN+, Top Rank Boxing is back with another card from their “Bubble” in Las Vegas, featuring welterweights Egidijus “Mean Machine” Kavaliauskas and Mikael Zewski (preview) in a main event where both really need the win, and cannot afford a loss if they want to stay in — or get into — the mix in a deep division.

BLH will be here with live coverage for the full card tomorrow evening, so who wins the main event? Our staffers make the call.

Being honest, this week has been kind of depressing from a business standpoint. We were supposed to have Canelo on Saturday. Then we were at least going to get the Tyson-Jones exhibition, which like it or not is going to draw a lot of attention and eyes. Now we have this, and let’s not kid ourselves, this is not a Big Fight.

BUT! I do think this has a really solid chance of winding up being a good, entertaining fight. It’s going to fly under the radar for most people, but those who tune in may well be rewarded. (I also like the Marriaga-Gonzalez co-feature for similar reasons.) This might really be the last shot Zewski gets at breaking through, and I expect him to come in with a good plan of attack and maybe start fast in the first few rounds. Kavaliauskas, however, I think will prove the better man, and eventually able to force Zewski into the firefight and take over, getting a late stoppage after a valiant effort from the underdog. Kavaliauskas TKO-9

Not a huge fan of Kavaliauskas, if I’m being honest. Nothing personal, his style just doesn’t do much for me. That’s not to say that he’s not a pretty good fighter with some elite level experience though, and I think that alone should be most of the difference against Zewski. After all, Zewski is 31 years old and through 35 professional fights he’s fought mostly lower level opposition, and it’s not just because of “promotional issues.” That aside, I think Zewski’s style might mesh pretty well in a fight with Kavaliauskas, which could prove to have some better action than some might anticipate. But ultimately, as I’ve already alluded to, I think it’s going to be Kavaliauskas’ experience that guides him off to a safe lead early that he can put away later down the stretch. I’ll take him to win a decision on the cards. Kavaliauskas UD-10

Kavaliauskas’ efforts against Terence Crawford deserve praise. He aptly showcased that he’s more than just a mauler, showing off the skills that earned him two Olympic berths. Yeah, he lost, but “not as good as Crawford” does not a bust make.

Zewski simply doesn’t offer anything that would trouble “Mean Machine” the way Ray Robinson and Crawford did. While he does boast fast hands and tight combinations, he’s nothing Kavaliauskas hasn’t seen before, and the Lithuanian can ostensibly win this however he likes. If he decides to come forward and Hulk Smash his way to victory, Zewski lacks the power to keep him honest or the footwork to play matador. If he decides to sit back and wait for his moments, he’s shown the timing and power needed to brutally punish Zewski’s attempts to open up in the pocket. So long as the confidence is still there, Kavaliauskas breaks him down for a mid-round mercy stoppage. Kavaliauskas TKO-7

I’ve enjoyed watching Kavaliauskas fight on the limited occasions that I’ve found myself plonked in front of the swinging Lithuanian. His destruction of Avanesyan showed him at his best with “Mean Machine” still looking to bring the heat to the 147-pounders. In “dropping” Bud and hanging with the champion in a fire-fight, Kavaliauskas proved his worth just below the top table, despite coming up short.

I’ve not seen an awful lot of Zewski but I’ve seen enough to make the assumption that he’s not going to be slick enough to negate what Kavaliauskas is going to throw at him. I’m expecting “Mean Machine” to overwhelm the Canadian and walk through him fairly comfortably. But hey, I think that’ll be fun to watch. Kavaliauskas TKO-7