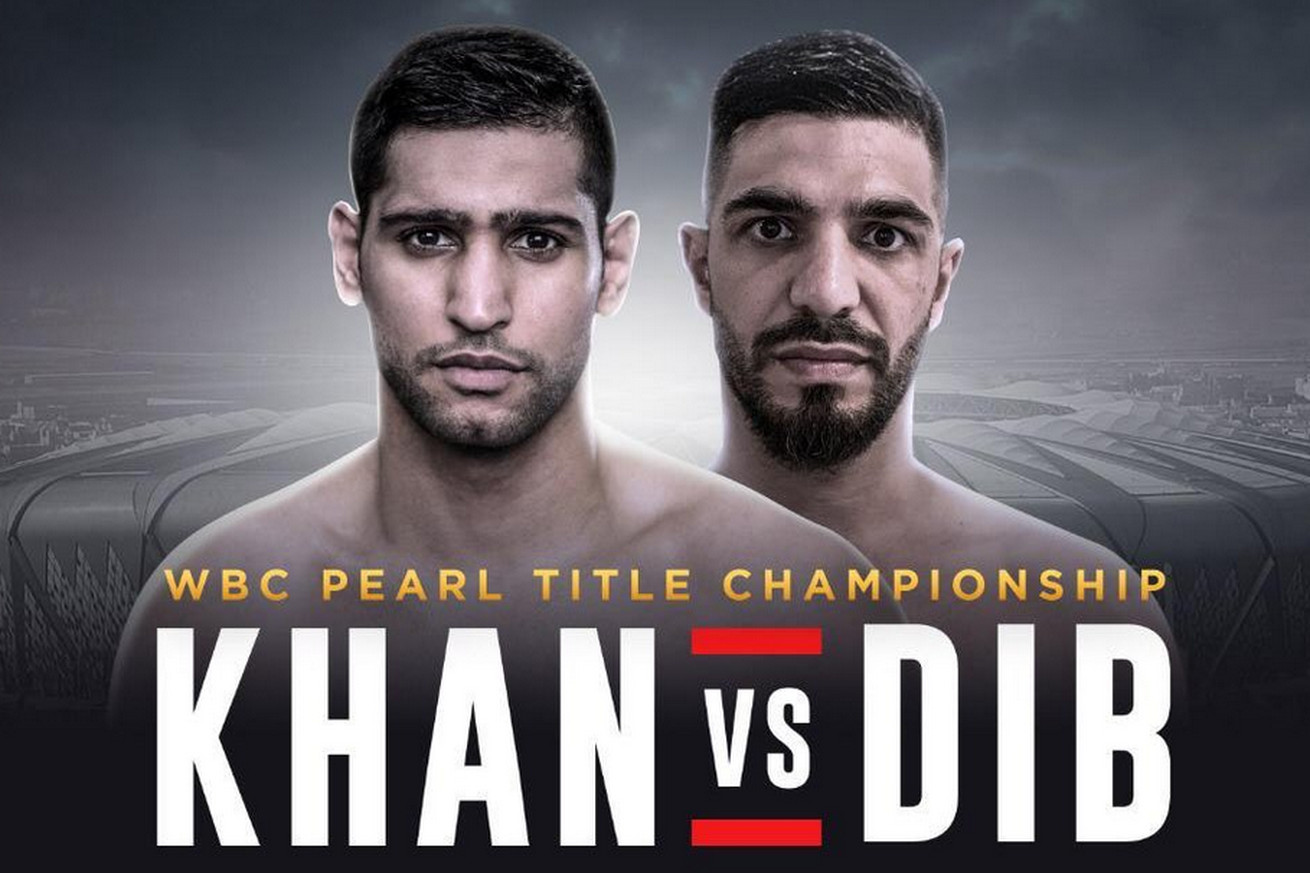 Amir Khan and Billy Dib meet in an odd fight in Saudi Arabia on Friday.

This Friday from Saudi Arabia, Amir Khan faces Billy Dib in a somewhat bizarre matchup that will air on Channel 5 in the United Kingdom, as Khan looks to bounce back from his sorry loss to Terence Crawford and Dib looks to against all odds become a WBC-ranked welterweight contender, an unusual thing for a 33-year-old featherweight to achieve.

Whatever you think of Amir Khan, he is still at worst a deserving top 15 welterweight in the world, and you can — and I do — easily make the argument that despite the miserable performance against Terence Crawford, he’s still top 10. It’s not that Khan is so great, more that welterweight falls apart after the top seven guys.

Billy Dib, on the other hand, is a 33-year-old featherweight who was once gifted a paper title. He’s had connections over the years so he’s managed to keep his name bouncing around, but he’s never really, truly been a world class fighter, either. And now he’s an emergency opponent, 20 pounds over his best weight, against Amir Khan in a ridiculous fight in Saudi Arabia. I want to pick Dib just for the pure fuck of it all, but on paper he has no hope here other than a single big shot, and as chinny as Khan certainly is, I just can’t see it. Amir rolls and we revisit Amir Khan: Big Time Main Event Fighter by the end of 2019, against Kell Brook or someone else. Khan TKO-4

Look, this is a shit fight. I’m not even going to sugarcoat it. Granted, Dib is stepping in as a late replacement opponent, but Khan’s originally intended opponent in Neeraj Goyat wasn’t even all that much better to begin with. But at least Goyat was an actual welterweight. Billy Dib had his best days campaigning at featherweight, and that was years ago. Let’s not forget Dib’s last meaningful fight came around this time last year – three divisions below welterweight – when he got widely outpointed by Tevin Farmer. So no matter how far you think Khan has fallen, Dib is just too worn and too small to be fighting him. I’d be surprised if Dib even lasts the distance. Khan TKO-2

I cannot articulate in writing how much I want Billy Dib to win this. I want every part of this debacle to implode in the most humiliating fashion possible. I want Mauricio Sulaiman, blood vessels bursting as he strains to keep a smile on his face, to announce that Billy Dib is now ranked higher at 147 pounds than Yordenis Ugas.

But then again, I want a lot of things, and while I’ve learned appallingly little during my 27 years on this Earth, I like to think realism is included. This is a solid welterweight against a man whom I only remember as the weakest of four featherweights on the Fight Night Champion roster. Expect a fresh round of Khan-Brook rumors within the week. Khan KO-2

Despite his rapid decline in the sport, Amir Khan is still a draw. He’s in the top three most well-known fighters in the UK along with Joshua and Fury, and fighting on free-to-air Channel 5 on a Friday night will gain renewed interest. It’s just a shame it’s Billy Dib in the opposite corner. Dib enjoyed successes in his career at 126lbs, so a clamber up to welterweight seems an absurd jump from the Australian who is expected to be dwarfed by the size of Khan.

Khan’s defensive frailty is old news, but Dib is unlikely to be able to trouble the whiskers of the 32-year-old who has been stopped four times as a pro. Khan’s quick attacks will look flashy against the shopworn challenger, however, I doubt there will be many takeaways from his performance. I’m still surprised this event is going ahead following the withdrawal of Neeraj Goyat. It’s a strange one, but it’ll be over before we know it. Won’t it?! Khan KO-4

Bad Left Hook will have live coverage of Khan vs Dib this Friday, July 12, at 4 pm ET, airing on Channel 5 in the United Kingdom