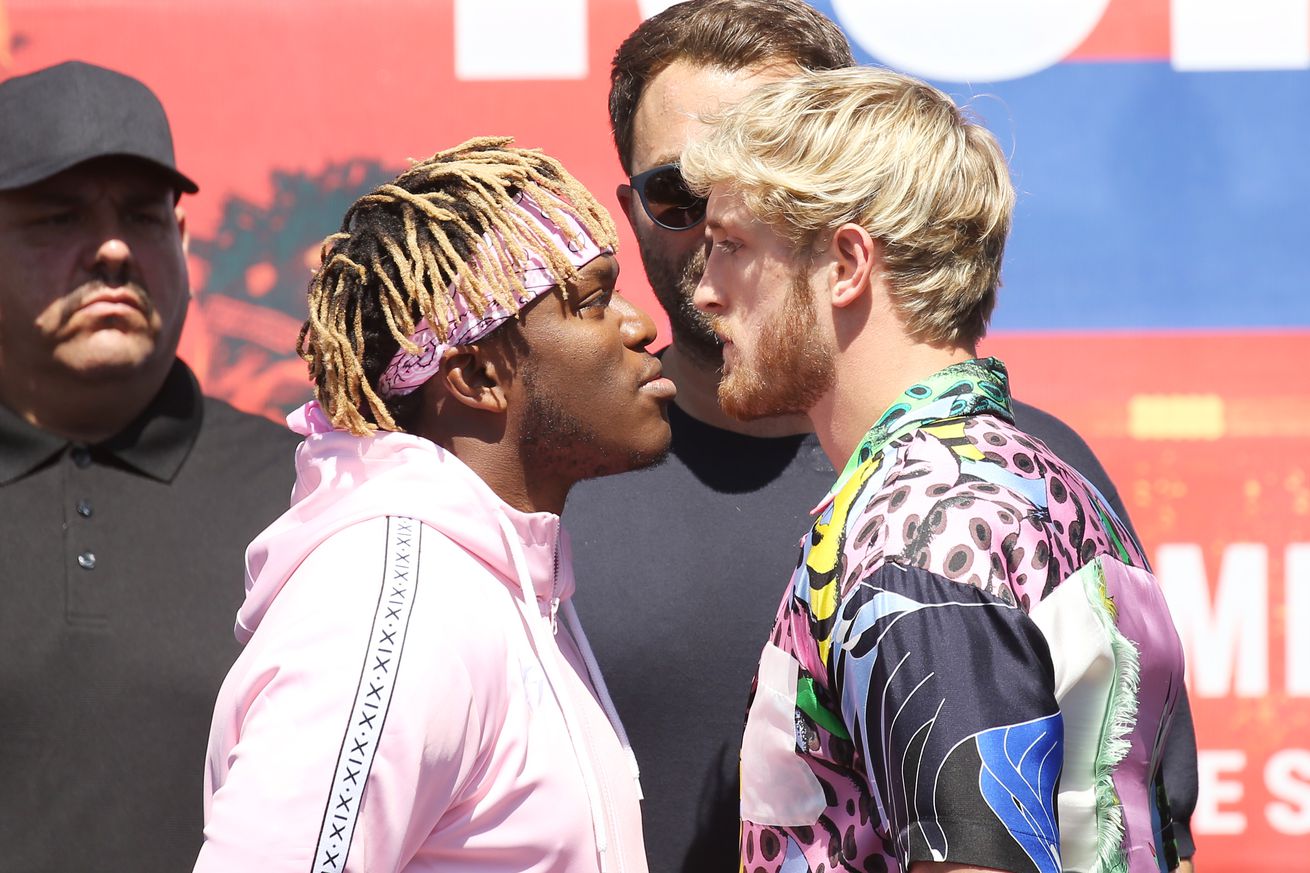 Tomorrow night on DAZN, a couple of guys most of you don’t care about are going to fight each other. It’s kind of a big deal because they’re internet famous, so their six-round cruiserweight fight is the main event.

Our staffers make their picks, for what these picks are worth.

The thing I like about this fight is its potential to give us a good weekend of curiosity traffic for this web site. It may also do nothing since a billion non-boxing sites will also be talking about it.

As for the fight, I couldn’t care less, basically. I’m not insulted that two bad world title fights are on the undercard of this circus main event. Logan Paul or KSI could schedule a public reading of a microwave instruction manual and probably sell more tickets than Saunders-Coceres and Haney-Santiago would in LA. Money’s money, boxing is a business, etc.

I watched their amateur fight from last year and I’ve given some of their training footage for this fight a look. Neither of them are boxers, but Paul seems closer to looking capable of playing one on TV, at least with a different haircut. If they go the full six I expect the last two or three rounds to be truly miserable when conditioning comes into play, as I imagine at least one of them is going to look to push a fast tempo early, which could gas both of them if there’s no finish.

For what it’s worth, these are two flesh-and-blood human beings taking the risk in a boxing ring. That part’s not a joke. And I see lots of really bad fighters on a lot of small card undercards, these two really won’t be any worse than some of those dudes are. Ultimately I’m rooting for a knockout and a full-scale in-ring riot to follow. If you’re asking me to watch something goofy, don’t be mad that I want to see full goofiness. Paul TKO-4

I’ve mentioned that I do a bit of officiating in my spare time and can honestly say that Paul is better than some of the amateurs I’ve judged. He moves like he’s got concrete in his shoes and has about nine minutes of gas, but he’s got a nice jab, throws decent combos, and has a surprisingly good grasp of range. KSI has faster hands, but his total lack of punching technique seems like a tougher fix than Paul’s cardio.

Paul just seems like he got a better natural aptitude for the sport and is sufficiently more polished than KSI to make up for his glacial speed. He picks the shorter man apart with 1s and 2s for the full six rounds. Paul UD-6

If Logan Paul can nail his combinations by using the ◾ button followed by the X, then KSI may be forced into the clinch early into the six-round by utilising the L2 and R2 buttons. R1 could be a huge button in this fight; with the adrenaline taking over between the novices both men might forget to block and use their defences.

The quicker left thumb may be on the side of KSI as he uses his movement well off the left joystick but with power his main asset, the ▲ + O right uppercut could be the route to victory for the “home” fighter. Let’s hope for limited Ups (head butts) and Downs (low blows), with the Right button sure to get used with a taunt from either.

Whoever lands land O button with the R2 power punch may well win this inside the distance.

Fuck, we really need a new Fight Night game made!

Ah ok. As the saying goes – “A Youtube biggun will always beat a Youtube littlun”. This will probably be the difference on Saturday with Paul looking stacked. No head guards and 10oz gloves will be a shock to their systems – as soon as one gets buzzed they’ll panic and it could be Game Over. Paul TKO-4