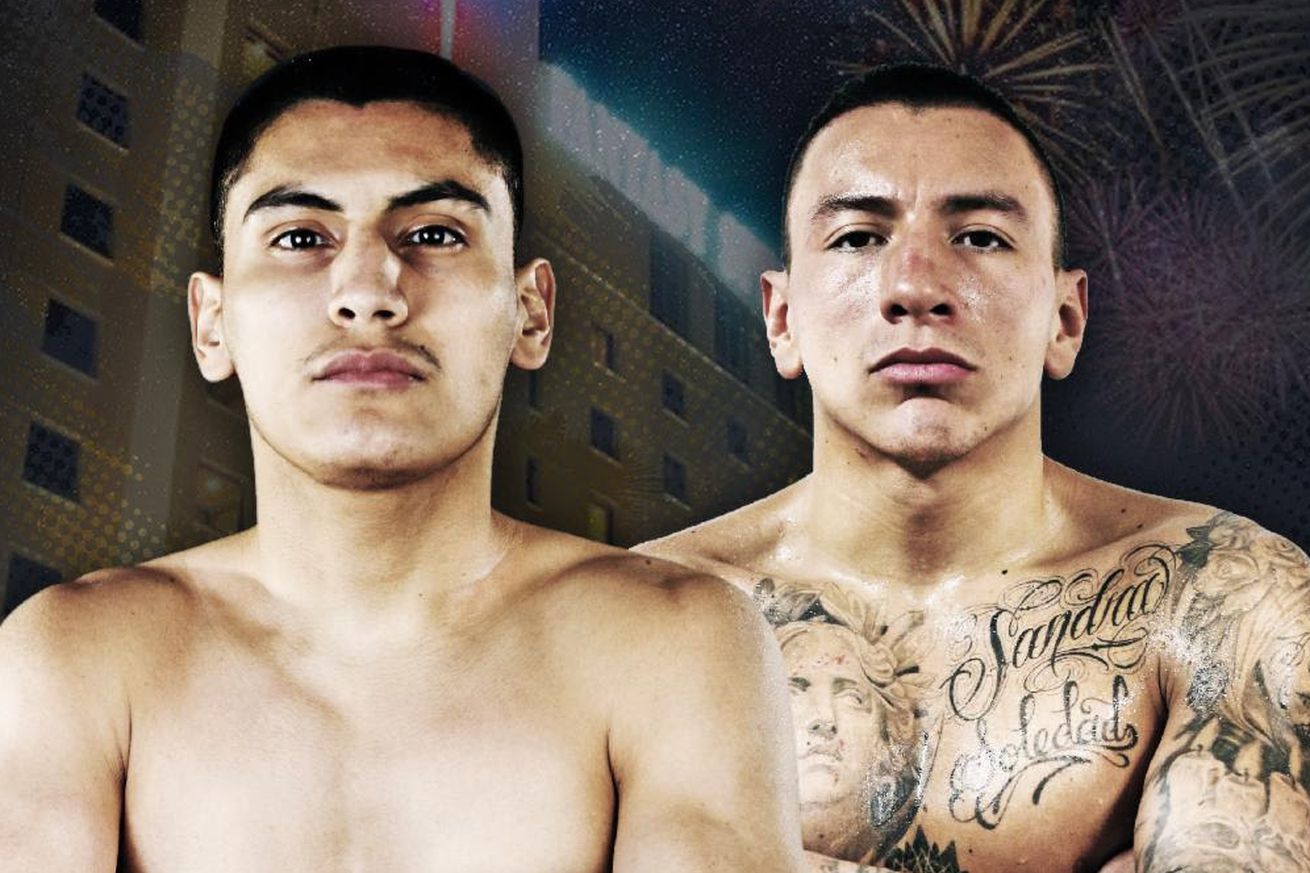 Golden Boy is back and so is DAZN tomorrow night, as the empty Fantasy Springs in Indio, California, will play host to the return of rising welterweight sensation Vergil Ortiz Jr (15-0, 15 KO), as he takes on Colombian-Canadian veteran Samuel Vargas (31-5-2, 14 KO) in a 10-round main event.

Who wins? Our staffers weigh in.

Vergil Ortiz Jr is one of those young fighters you look at and believe is the real deal, and just as much, you truly hope he is. He’s got skills, he hits hard, he’s exciting to watch, and he seems likable and whatnot (I say “seems” because I don’t know him any more than I know you, the person reading this, both of you could turn out to be jerks from a closer proximity).

Ortiz has fought guys similar to Vargas for, solid veterans meant as little tests to see where they youngster is. Mauricio Herrera got brutalized in three, Antonio Orozco got into the sixth before he was smashed up, and Brad Solomon made it to the fifth before he was beaten down. Vargas is no better than those guys, but they do all present different stylistic tests, tests that Ortiz has been passing with flying colors. I know that level-wise it seems Ortiz isn’t moving, and Golden Boy has nobody in-house to really step him up against, but at the same time giving him different veteran looks is something, and I think Golden Boy has done a good job in that respect.

I have respect for Vargas, he’s a game dude who always comes to fight, but he’s going on the Ortiz pile here. I won’t be surprised if he lasts longer than the others, though, because he’s tough and because Ortiz might want to get some rounds in. Ortiz TKO-6

Vergil Ortiz has been getting mighty high praise from his Golden Boy promoters recently, especially since their skirmishes with Ryan Garcia, but the young fighter does seem to have a lot of good tools at his disposal at his young age. Ortiz has stopped every fighter he’s faced thus far using a combination of power and precision, and I honestly don’t see what Samuel Vargas really has to stand in the way of that. Maybe Vargas gives Ortiz a little trouble using some craft to try to drag out the fight to the later rounds, but in the end I see this being one-way traffic. Not going to overthink this one. Ortiz TKO-6

Antonio Orozco showed that, paradoxically, getting in the brick-fisted Ortiz’s face and forcing him back may be the best way to deal with him. Unfortunately for “Relentless,” he lacked the firepower and durability to make that strategy work, and Vargas looks to be in the same boat; the Colombian has just one finish since 2015 and sports stoppage losses to Errol Spence and Danny Garcia alongside the two knockdowns he suffered against Amir Khan. He’s monumentally outgunned in his only area of expertise.

Without the technical skills to win a boxing match or the tools to successfully slug it out, Vargas will be lucky to get even a moral victory. Ortiz smashes him to bits in the first few rounds. Ortiz TKO-3

Ortiz is one of the most exciting, explosive youngsters in the sport at the moment. He seems to do most things well and has got the job done inside the distance in all 15 of his professional outings so far.

Vargas has failed in all of his major step-ups, including stoppages at the hands of Spence and Danny Garcia. He went the distance with an out-of-sorts Amir Khan in 2018 trading knockdowns but didn’t offer enough to warrant any form of argument on the scorecards.

This fight looks tailor-made for Ortiz to underline his star potential as he gets rid of Vargas early doors. Vargas made prove a bit of a puzzle if he tucks up early, but Ortiz has the artillery to work from most angles. Ortiz TKO-4