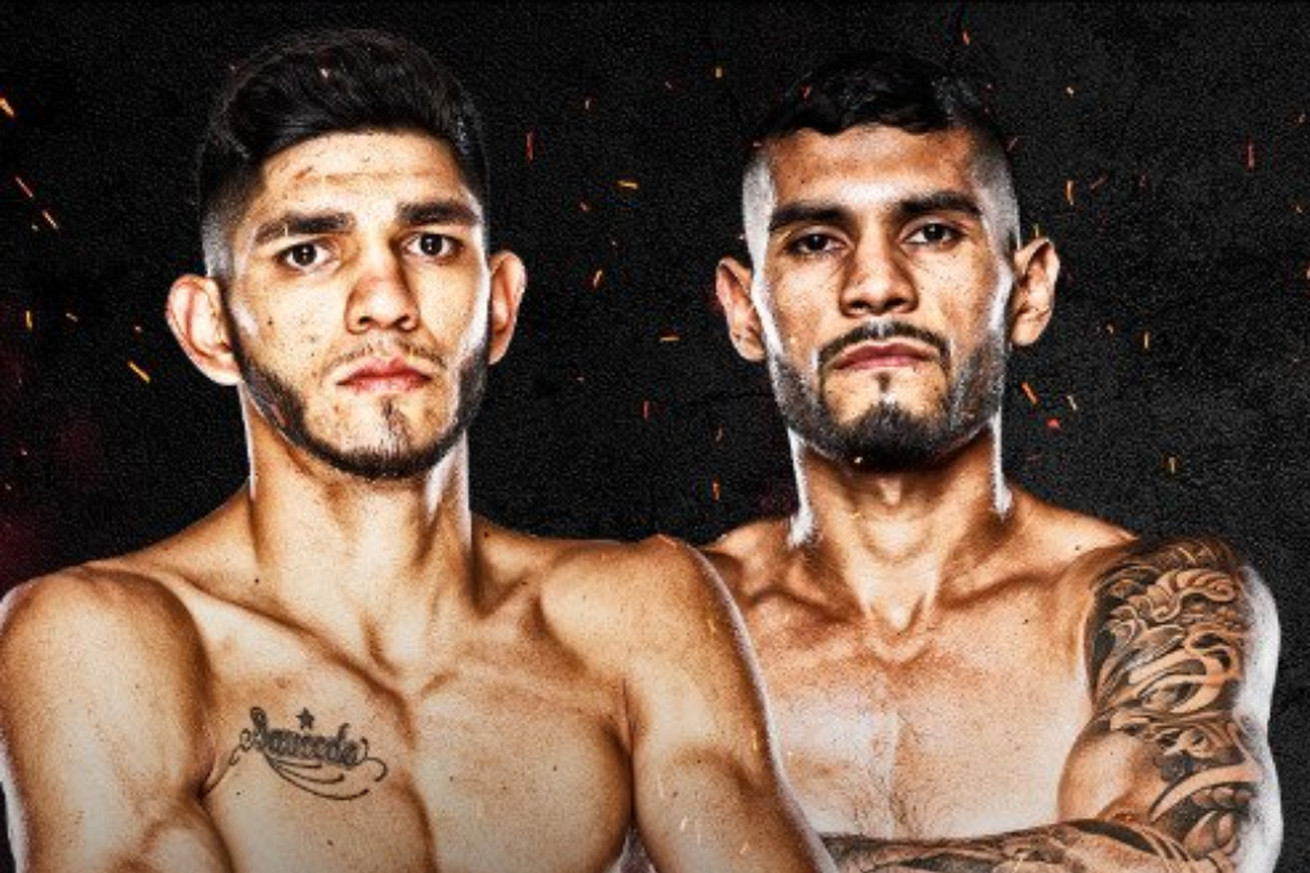 The 140-pound showdown serves as the Loma-Lopez co-feature on Saturday.

While all the attention is on Loma-Lopez this Saturday (Oct. 17, ESPN, 10 pm ET), there is a pretty decent undercard, too, with a solid co-feature fight at 140 pounds that deserves a little attention of its own.

Alex Saucedo was shaping up to be a reliable action star if not exactly an elite fighter, but that wasn’t sitting well with him, which is understandable. He went into his last fight against Sonny Fredrickson looking to switch things up, be a little less reckless, box more, prolong his career and maybe not feed his face to opponents for so much punching. These are good ideas, but in all reality an attempt to switch up style like this at age 26 doesn’t usually result in much when it comes to facing better opposition. By that age, fighters generally are who they are, and have the flaws and strengths they have.

Saucedo’s decision win over Fredrickson was fine in that he clearly won, but it’s not like he wowed anyone previously unseen great skills, and Fredrickson didn’t present much resistance, anyway. Arnold Barboza Jr is a much better fighter than Fredrickson; he may not have any exceptional standout qualities, but he’s a solid, well-rounded guy, a better puncher than his record would indicate.

If Saucedo tries to Box with a capital B early in this fight, and that’s kind of what I expect, he’s going to find himself in a hole by the midway point of the fight. He’s not a better boxer than Barboza. If he later has to get reckless with the rounds ticking by, I don’t think he’s so ferocious that he’s likely to hurt and overwhelm Barboza and get him out. This has some ingredients to be a really fun fight, but it’ll largely depend on what plan(s) of attack Saucedo employs. No matter what he does, though, I just think Barboza’s the better fighter. Barboza UD-10

Alex Saucedo knocked out Rod Salka last year. If you’re at all familiar with BLH, that’s all I need to know. Saucedo KO-1

Barboza isn’t always as eye-catching as Saucedo, but I definitely like what I’ve seen out of him. His jab and movement look sufficient to keep him out of Saucedo’s wheelhouse and he’s got enough pop to keep the latter honest if he decides to go for broke. Barring a heretofore unseen allergy to pressure on Barboza’s part, neither the blood-and-guts Saucedo nor the supposedly upgraded one that failed to stop Sonny Fredrickson figure to pose much of a threat.

Saucedo needs to drag Barboza into a war if he wants any shot at winning this and I’m just not convinced he’s got the tools to do so. Expect Barboza to play matador for 30 minutes, never letting Saucedo get his feet settled long enough to unleash those heavy flurries he loves. Barboza UD-10

I’m expecting Saucedo to attempt to walk Barboza down in this one, taking three to land one, and struggling to cut the ring off. Barboza is the better all-rounder and should be able to walk Saucedo onto some healthy combinations at volume. Saucedo carries a real threat in the pocket and may get his best flurries off in close, but Barboza has the skills to pivot, reset and stem any pressure. Barboza may be able to get a late stoppage in this one if he puts his foot down, but will most likely take a decision. Barboza UD-10