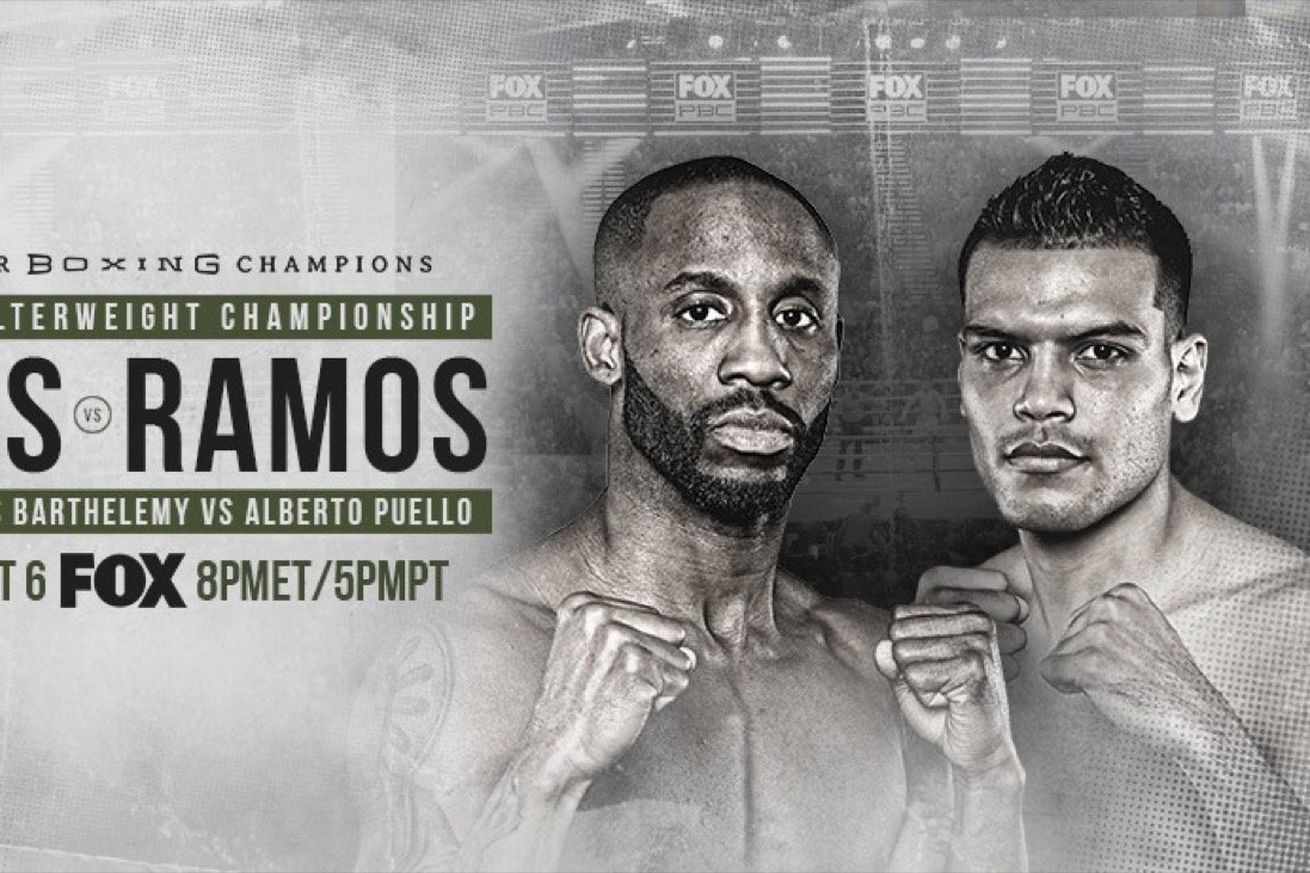 Yordenis Ugas will return to action Sunday night on FOX (8 pm ET) as he takes on Abel Ramos in a vacant WBA “world” title fight, looking to grab a claim of the belt that Manny Pacquiao already holds. It is what it is.

Can Ramos pull off another piece of exciting surprise as he did earlier this year? Will Ugas keep his momentum going as a true welterweight contender?

I think there will probably come a night where some plucky youngster picks Ugas off and scores a good, strong win for himself, but it won’t be this fight. For one thing Ramos isn’t that young, and for another thing he’s just not a good enough fighter. I had a hoot with his dramatic, literally last-second come from behind TKO win over Bryant Perrella in the ancient days of February, but he was losing that fight before finding that final round magic, too. And he otherwise has no particularly good wins on his record (Francisco Santana is fine but not a truly high-level opponent). Maybe the best performance of his career was actually a tight loss to Jamal James in 2018.

Ramos can fight, it’s just that Ugas is better. He’s technically superior and has gotten into a groove the last few years where he just doesn’t make a lot of mistakes. He tends to let fights come to him, doesn’t over-reach trying to be sensational or whatever, and just wins. Ugas says he’ll go for the knockout, and he very well might, but I think that only comes if he feels that Ramos simply has nothing for him as far as return fire. So I’m taking Uggie Ugas by decision. AND THE NEW!!!!!!!!!!!!!!!! is what people will say in his Instagram comments. Ugas UD-12

Yordenis Ugas could arguably be a world titleholder already had he got the nod in a close fight against Shawn Porter, but he’ll have a shot to win the vacant WBA title in this outing. He won’t get the sort of acclaim he otherwise would’ve for his outing against Porter, but I’m plenty sure he’ll be happy to call himself a world champion with a win here. And if it’s not clear, I think that’s exactly what will go down here.

Ramos is a pretty decent fighter, but I just don’t see him being in the class of Ugas, who has the style to really wear on fighters over the course, particularly with his solid body attack. I think Ugas will start off relatively slow, behind a tight guard and gradually pick up the pace as the fight wears on. I’ll take Ugas to win by second half stoppage. Ugas TKO-10

Even if you excuse Ramos’ struggles against Bryant Perrella as a product of the latter being a 6’1” southpaw, there wasn’t a lot in that fight to suggest that he has much of a chance against a top-five welterweight. I’m just not seeing how he wins this; Ugas has a clear edge in defense and head movement, a jab equal to or greater than Ramos’, and is more than durable enough to hold his own should Ramos elect to just throw down.

Ramos’ only potential X-factor is his slightly tighter punching, which is thoroughly offset by Ugas’ aforementioned defensive advantage. Without a means to overcome the Cuban’s myriad technical advantages, I expect a repeat of the Perrella fight without the twist ending as Ugas pieces him up with the jab and out-slugs him inside. Ugas UD-12

Ramos was literally a second away from this opportunity slipping through his fingers. The 29-year-old struggled with Perrella in February, pulling a left uppercut out from nowhere to change the fate of the contest. Ugas, arguably, should already have had his hand raised as a world champion after picking off Porter last March – still, it’s the WBA’s secondary belt instead for the Cuban and it’s hard to see him having too many issues with Ramos this weekend.

Ugas should dominate from centre ring without any real fireworks, with Ramos struggling to land anything too clean. Ramos has some pop but I can’t see him carving out too many opportunities to land except on the back foot counter. Ugas UD-12