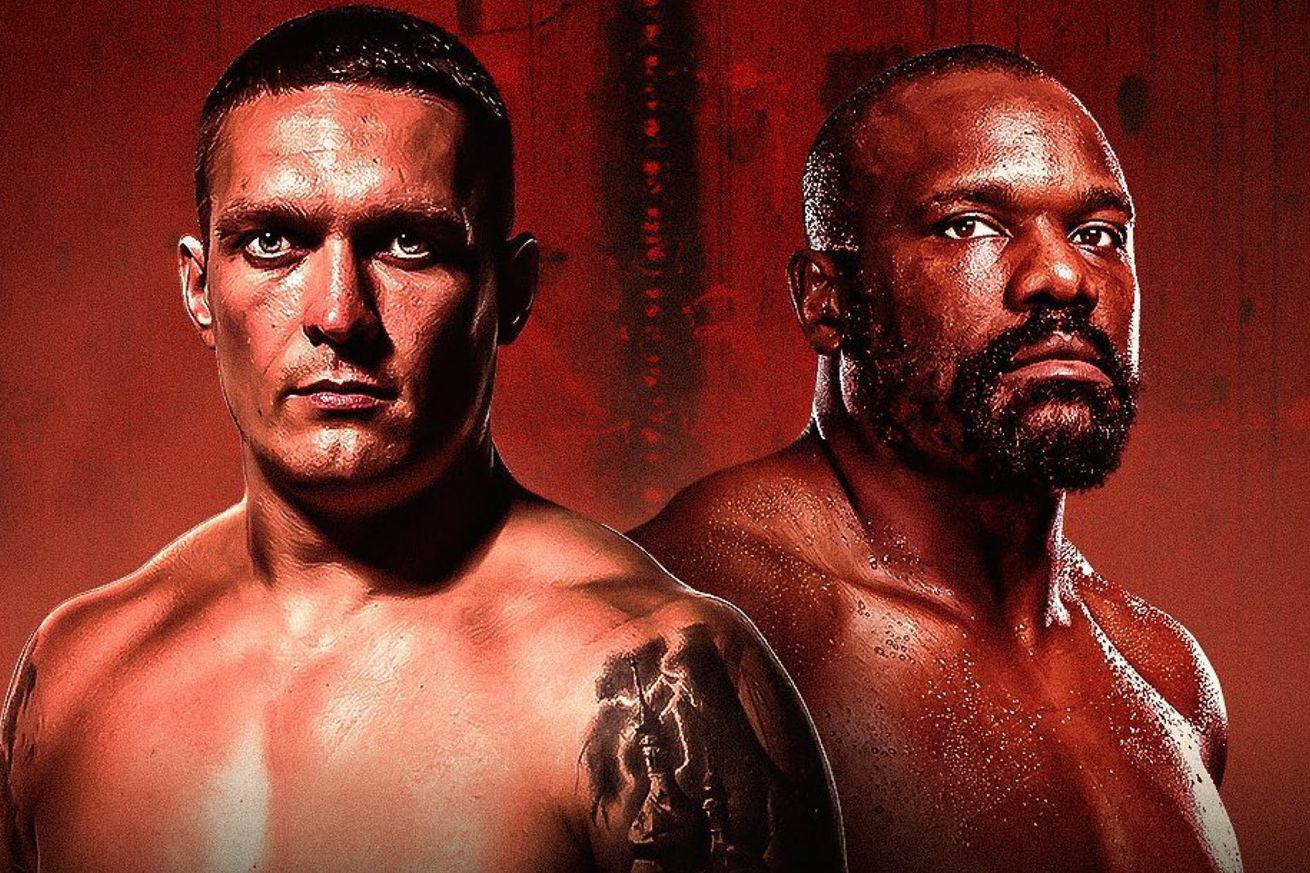 Can Derek Chisora knock off the former undisputed cruiserweight king?

Oleksandr Usyk will take his second fight at heavyweight on Saturday (DAZN, 2 pm ET), this time facing what’s expected to be a stiffer test in Derek Chisora, the rugged veteran who will also have home field — for whatever that’s worth without fans — in London.

Jaime Munguia pick I made on Thursday, I do think Usyk is eventually going to run into sincere problems at heavyweight, but it probably isn’t going to be here. He can’t afford to overlook Chisora, and if he does that he can get into trouble or even knocked out, because Chisora is a big, heavy lad and can bang. But Chisora’s going to have to catch Usyk cold or making a very big mistake, because skills-wise he is simply not in Usyk’s class.

Chisora’s advantages are really down to weight and the likely chance that Usyk’s not going to have the thudding power to do big damage. But Usyk, if he can get into an early rhythm, might also just pepper Chisora into submission, if not in actually giving up on the fight then giving up on the things he’ll have to do to win. I think Chisora goes the distance here, but Usyk’s going to win this thing wide. I do not think Usyk will beat the likes of Tyson Fury or Anthony Joshua, but I think he’s got the skill set and smarts to give anyone else fits, and Chisora is into the middle of the pack of “anyone else.” Yes, he can get caught and knocked out, but that’s true of anyone at heavyweight. Usyk UD-12

To me this fight is simply about whether or not you genuinely believe Usyk can contend with the big boys up at heavyweight. There’s no doubt that Usyk is supremely skilled, but now that he’s facing physically larger men he’ll certainly run into more problems than we’ve seen him encounter at cruiserweight. Luckily for him, and as much as I sort of like Derek Chisora, I think the skill gap is sufficient enough here for Usyk to largely avoid a knock-down, drag-out kind of fight where he’d likely be in the most danger.

Usyk’s footwork is much better than that of Chisora, and I expect Usyk to use that to bank some early rounds and then fend off a mid-rounds assault from Chisora who I think will be too tired in the end of the fight to keep pace. Usyk wins on the cards. Usyk UD-12

Take out the size discrepancy and this is a wash for Usyk. Aggressive, come-forward sluggers are nothing he hasn’t dealt with before, and he’s got a massive edge in foot and hand speed. Chisora’s got huge power, sure, but his pressure isn’t particularly technical and that killer overhand is painfully telegraphed.

While we obviously can’t take out the size discrepancy, it’s worth noting that Usyk will have a significant reach advantage despite being the smaller man by at least 30 pounds, and being wider than Usyk’s previous opponents isn’t all that useful for Chisora. “Del Boy” needs to catch him with a stray shot before Usyk gets fully dialed in, and he’ll have way too much trouble actually hunting the Ukrainian down for that to happen. Expect a comfortable win for Usyk; he’ll be dancing on a tightrope the whole time, but if there’s one thing Usyk’s known for besides improbable boxing skills, it’s dancing. Usyk UD-12

I’ve seen Derek Chisora at his very best and his very worst over the past decade. “Del Boy” is the king of reinvention and has managed to craft endless opportunities for himself without really getting over the line in a notable fight. Nine losses punctuate his ceiling and “gatekeeper” status in the heavyweight division, with a sort of cult following in the UK enabling him to enjoy an Indian Summer. Usyk is still an unknown quantity at heavyweight, but with a 6ft 3in frame and a year to fill out since his win over Witherspoon, I’m expecting Usyk to look every bit a heavyweight on Saturday. Chisora has big heavy hands but finding the target consistently is going to be a near-impossible task against the footwork and ring IQ of the “Cat”. Usyk’s chin has also survived 12 hellacious rounds with Gassiev, so to suggest it will be ‘lights out’ as soon as Chisora lands anything is a little presumptuous. Usyk should be able to wear down the Briton over the distance, with Chisora’s late desperation playing into the hands of the Ukrainian. Usyk TKO-11