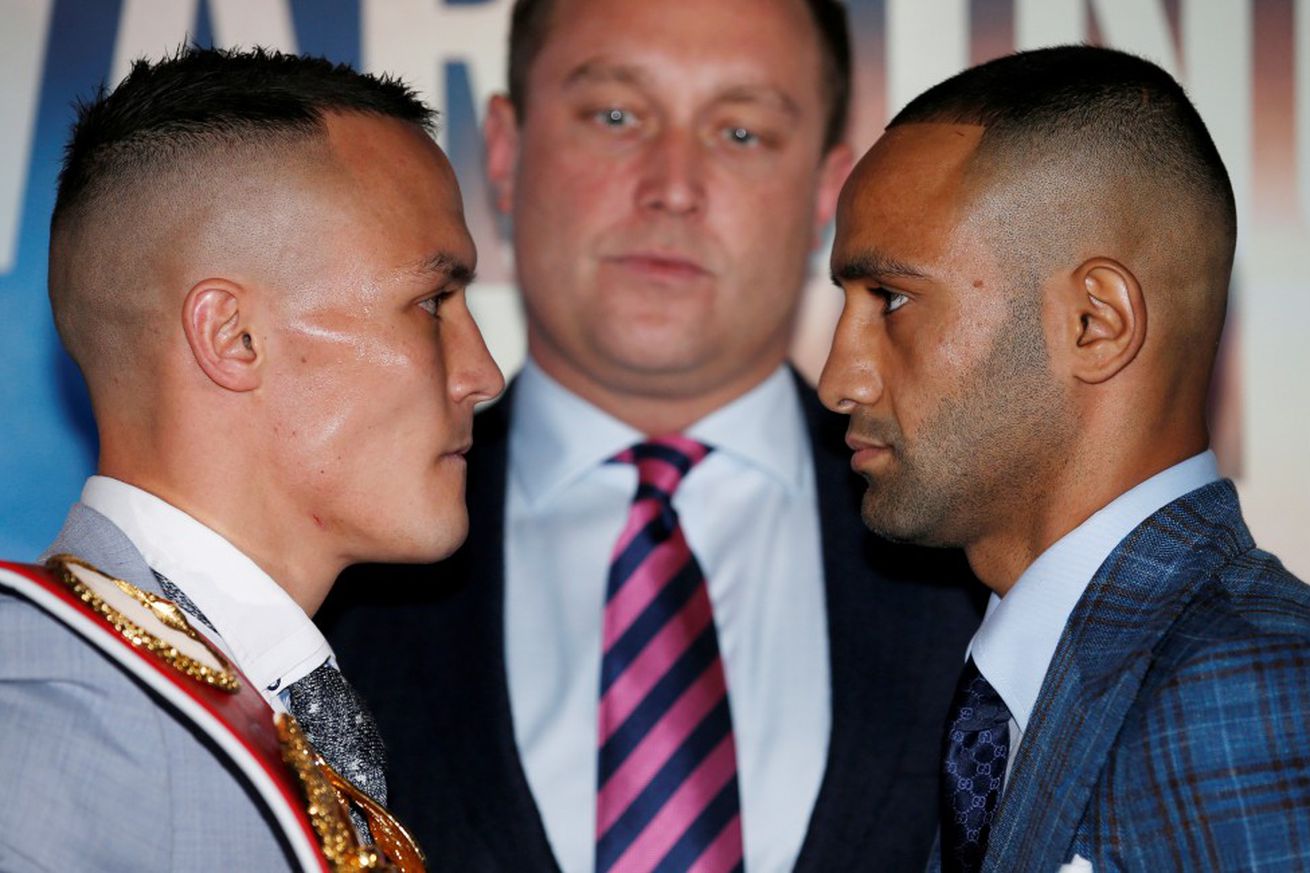 Josh Warrington defends his IBF featherweight title on Saturday against Kid Galahad in an ESPN+ main event from Leeds, England.

Josh Warrington is one of those good, solid fighters whose desire and fearlessness has turned him into a world champion. He simply wanted it more, in my estimation, than Lee Selby or Carl Frampton did in fights last year, and it wasn’t that they didn’t want it. It’s just Warrington is unusually determined, even compared to some other top-level fighters.

There’s a nagging in me that I think Galahad is going to pull this one off. Warrington has excelled in the role of underdog in his last two, but his skill set — and maybe what he lacks — make him seem ripe to be the upset victim now that he’s a favorite. I mean, Carl Frampton says Warrington hits harder than his record would lead you to believe, and I am inclined to trust Carl as he’s been punched by the man and I haven’t — something I’d like to be able to say forever — but 6 KOs in 28 wins is what it is, too. If Galahad is everything he was supposed to be five years ago, he has a real shot. If he’s not, I think Warrington works through a competitive, entertaining fight, and earns another victory. Warrington UD-12

Josh Warrington may not be a big puncher, but man that guy is a grinder. He takes a workmanlike approach to boxing and it’s been serving him well thus far. His style isn’t particularly flashy or anything, but it’s obviously been effective with Warrington rolling over better opposition than Galahad’s been facing. Ultimately, I expect Warrington to wear on Galahad over the long haul, with Galahad looking to box a ‘pretty’ fight. And if/when Warrington decides he wants to mix it up, can Galahad effectively respond in kind? I’m gonna say no, and I don’t think he’ll be able to keep Warrington off of him all night long. Warrington UD-12

Following the featherweights is an exercise in frustration at this point. All four champions are skilled, entertaining men in their fighting primes and none of them, save perhaps Warrington, seem inclined to fight anyone worth a damn.

I do love Warrington, though; the implicit goal of boxing is to render one’s opponent unconscious or unable to continue and Warrington continues to excel despite being terrible at that. I genuinely want to see how far he can go with no punch whatsoever. Galahad’s a quality opponent, albeit far less proven at the highest level, but without the power to shut down Warrington’s craft, I don’t see him dictating enough rounds to get the decision. Warrington’s experience and comfort in grueling battles carry him to victory. Warrington UD-12

An intriguing blend of styles makes this all-British title fight unmissable. Crafted in the famous Wincobank gym in Sheffield, Kid Galahad’s boxing IQ can’t be underestimated in Leeds, with Warrington’s all-action, come-forward style the antithesis of what the challenger will offer. If Galahad engages early he’ll be chopped down over a painful 12 rounds; if he boxes off the back foot, picking and choosing when to strike, this one could be tight on the cards. Warrington’s eye may be off the ball with a reluctance to fight his mandatory challenger. I’ll be going against the grain here, for sure, but something’s in the water — boxing is all about timing inside and outside the ring. Galahad SD-12

Bad Left Hook will have live coverage of Warrington vs Galahad on Saturday, June 15, starting at 3 pm ET on ESPN+