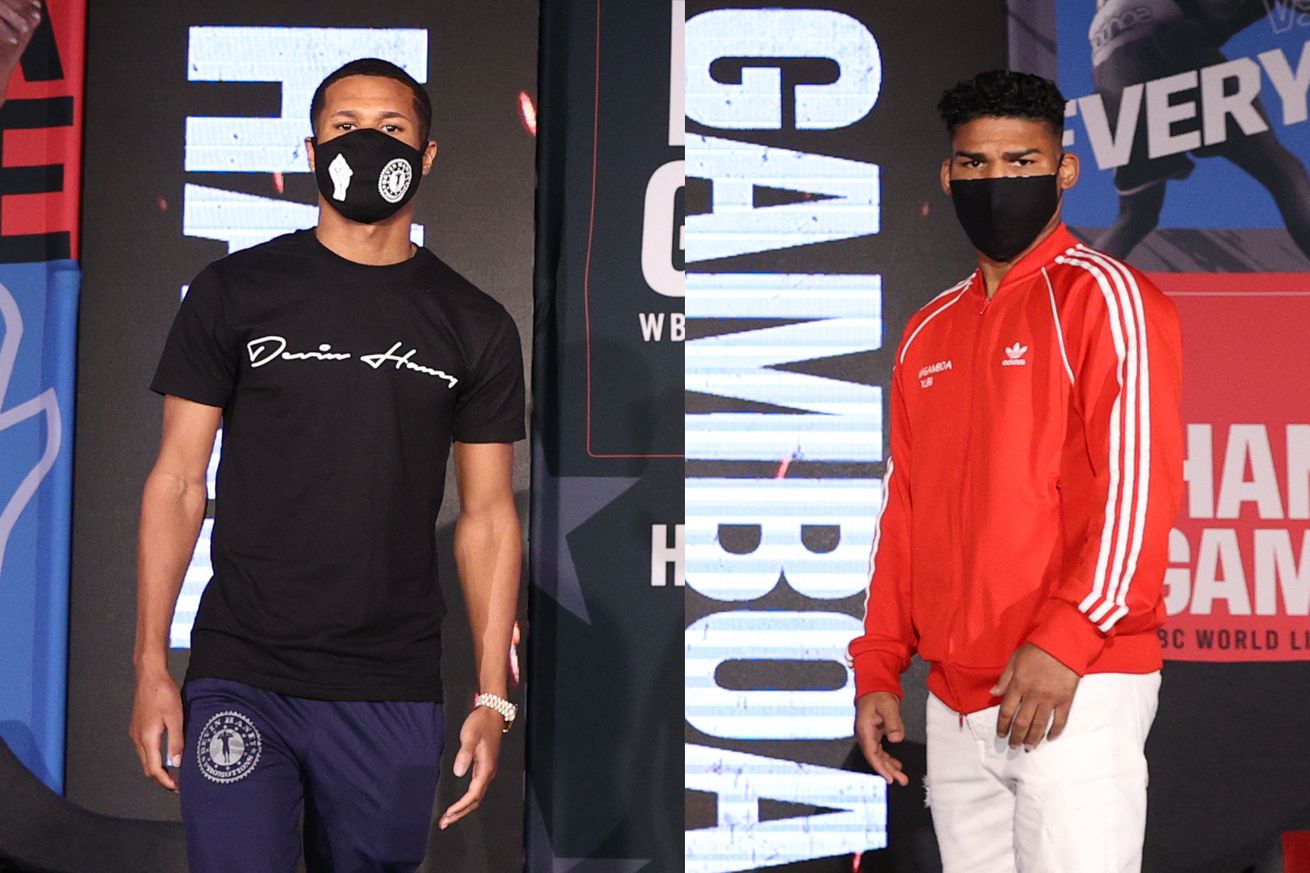 Will Devin Haney retain the WBC belt or does Yuriorkis Gamboa have an upset in him on Saturday?

The 21-year-old Haney is a big betting favorite for very obvious reasons, but does the 38-year-old Gamboa have a chance at the upset?

Yuriorkis Gamboa has never belonged at 135, and that has been clear since 2013. He’s given legitimate efforts against Terence Crawford and Gervonta Davis — the latter fight on one leg for 10 rounds — but was outgunned. He was battered by Robinson Castellanos in 2017. He’s always been a bit less than his ability even at 130, for that matter. He was a featherweight with wonderful gifts and upside, and he shot his own career in the foot almost a decade ago, and it’s really just never recovered fully.

That said he gets another fight at a high level because the Haney team gotta fight someone, and Gamboa’s never afraid to roll the dice when given the call. Unless Haney’s shoulder is way worse than we expect, or he’s so rusty that he’s levels below where he was a year ago in his last couple outings, he wins this going away. I think Gamboa will pop him with a few good shots if they exchange, but he’s not big enough to dent Haney. I have a feeling that past the mid-way point, this goes as long as Haney wants it to go. He’s bigger, stronger, younger, far fresher, and isn’t coming off an Achilles surgery in his late 30s. I just can’t see a scenario where Gamboa is truly competitive here, let alone wins. Haney TKO-8

Bless good ol’ Yuriorkis Gamboa, the Cuban fighter isn’t shying away from difficult fights that really don’t suit him at this weight class. I was always a big fan of Gamboa’s talent, but most of that enthusiasm was from a decade ago and is now well past its sell-by date. Gamboa still has experience and know-how but at age 38, coming off an Achillies rupture, color me skeptical.

Haney is a strong, young, athletic fighter in his prime and quite honestly, I’d probably rather see him in against someone more dangerous than an old, small, fading fighter coming off one of the most difficult injuries to come back from in professional sports. This seems pretty stacked in Haney’s favor, and if Gamboa’s movement is compromised I see him getting starched before it’s all said and done. Haney TKO-6

How to Watch Haney vs Gamboa

Giving Yuriorkis Gamboa two functional legs isn’t going to suddenly give him the ability to keep up with today’s young stars. He had nothing for Gervonta Davis and likely has even less for Haney, who has more than enough speed and craft to improve upon “Tank’s” efforts despite not quite matching his monstrous one-punch power.

Barring Haney’s shoulder surgery proving catastrophic, “The Dream” has every conceivable advantage. Expect a couple rounds of rust-shaking before he regains his bearings and batters Gamboa to a mercy stoppage. Haney TKO-7

I’m pretty excited to see Haney back in action to round off this stretch of lightweight champions/contenders/titlists — whatever you want to call them. It’s easy to forget the talents of the youngster when he’s been thrown down our throats by Hearn and found himself mixed up in the WBC debacle at 135 pounds. But the fact remains: Haney looks legit. He’s smart and savvy in defence, has the power at the weight to cause some real problems for whoever he crosses paths with and is a big guy at lightweight. Gamboa shouldn’t really be in with Haney at this stage in either of their careers with a 17-year disparity in age likely to look evident at some point in the mid-rounds. Gamboa has tasted the canvas multiple times throughout his career and Haney will be looking to get the job done a lot quicker than Tank managed. Haney TKO-8