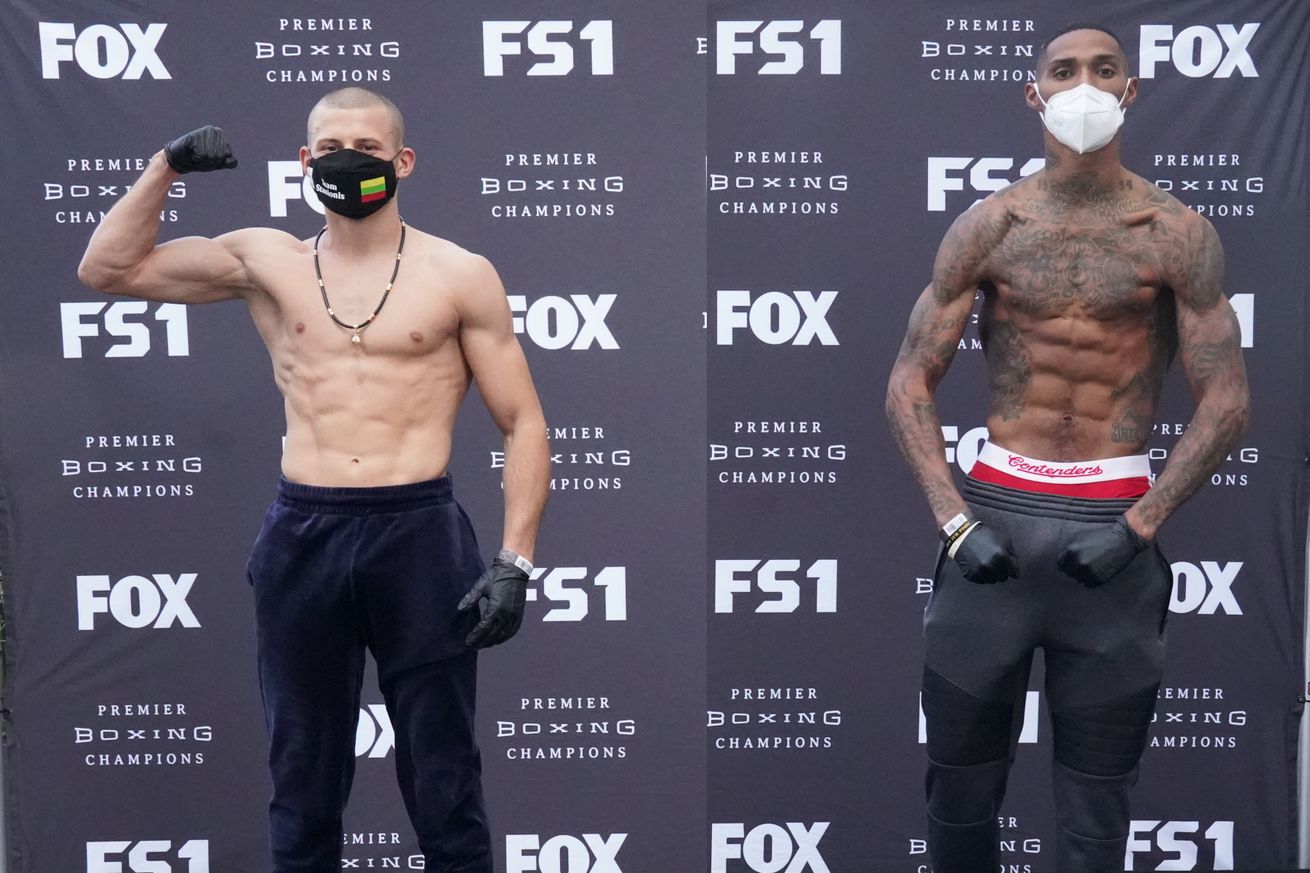 The 26-year-old Stanionis, originally from Lithuania and now based in California, is a former European Championships gold medalist from 2015, and was a strong amateur. He’s looked good as a pro thus far, though against pretty limited opposition. The 26-year-old DeLoach, out of Augusta, Ga., was once considered a prospect but has lost three of his last five.

How to Watch Stanionis vs DeLoach

Still, DeLoach is a tall, rangy welterweight at 6’1” (73” reach), compared to Stanionis at 5’8” (68” reach), and when DeLoach fights to his potential, he’s got skills. Stanionis is the favorite here, but DeLoach is a bit of a wild card as the underdog.

The rest of the card will feature three fights, notably with the return of junior midldeweight Chordale Booker, who is coming back from a torn Achilles, which sidelined him just when he was looking to break out about 14 months ago.

We’ll be here with live results and discussion. Join us for some mid-week fights!