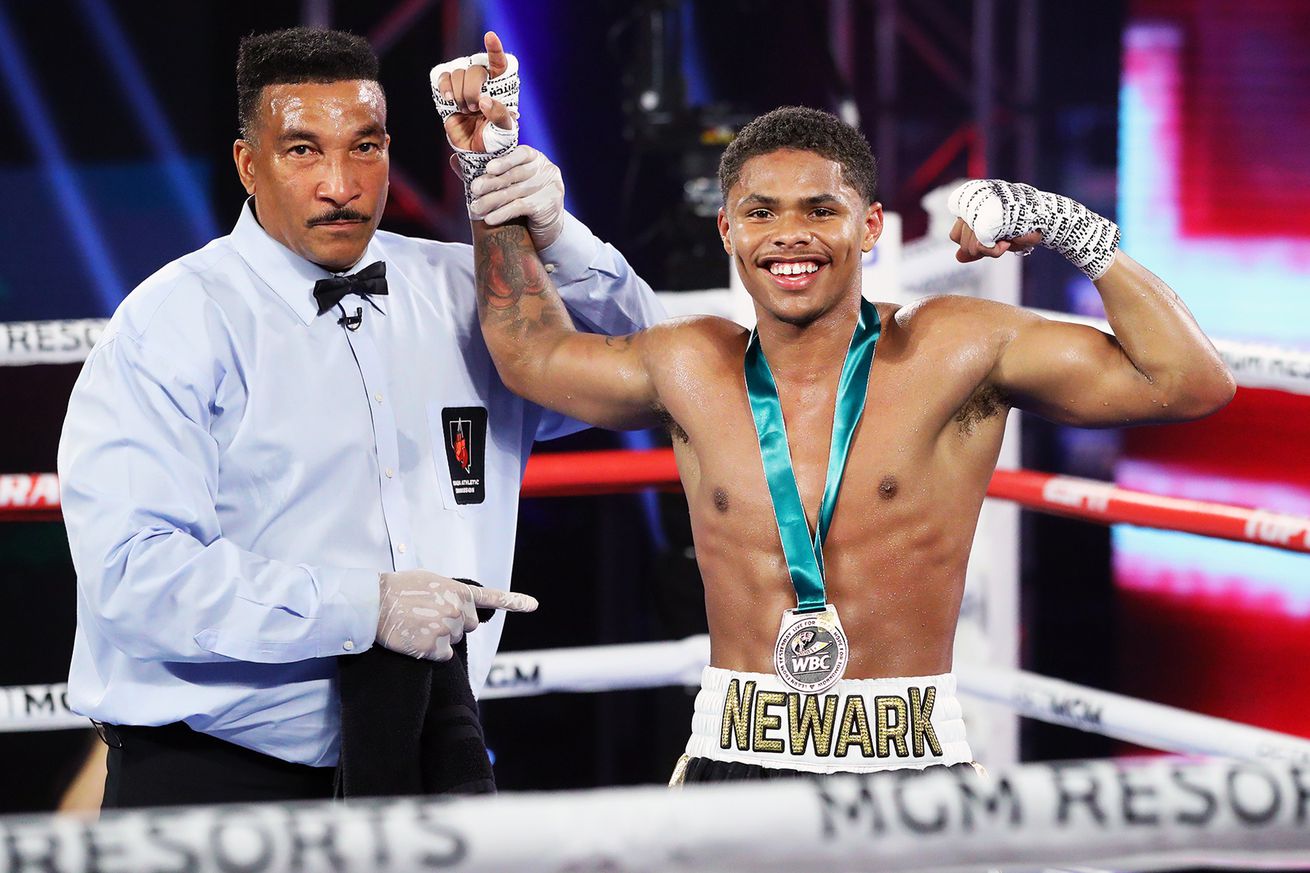 Top Rank’s Carl Moretti tells ESPN that Shakur Stevenson, who announced his intention to return on December 12th this past weekend, will face Toka Kahn Clary in the main event slot formerly occupied by Miguel Berchelt vs. Oscar Valdez.

The Liberia-born, Providence-based Clary (28-2, 19 KO) is 10-1 since a 2016 knockout loss to Jhon Gemino, most notably giving Kid Galahad a tough out in a 2018 IBF featherweight eliminator. He’s won three straight against nobody of note since moving up to 130 and was last seen stopping journeyman Jonathan Perez in October.

“I’m a little older with more experience. We’ve both got fast hands and good footwork, but I think power and experience will be on my side. A lot of the guys he’s been fighting have been standing in front of him and pressuring him. They haven’t been using their jab, so I look forward to doing that on the 12th.”

Stevenson (14-0, 8 KO) will be making his second appearance at 130 pounds after vacating his WBO featherweight title without a defense. He successfully debuted in the division last June with a one-sided mauling of Felix Caraballo, and had previously been targeting the winner of Jamel Herring vs. Carl Frampton.

Moretti says that the southpaw Clary is meant to serve as preparation for a future clash with Vasiliy Lomachenko or JoJo Diaz.

The card will also see a previously announced co-feature between Felix Verdejo and Masayoshi Nakatani alongside the latest from Edgar Berlanga.