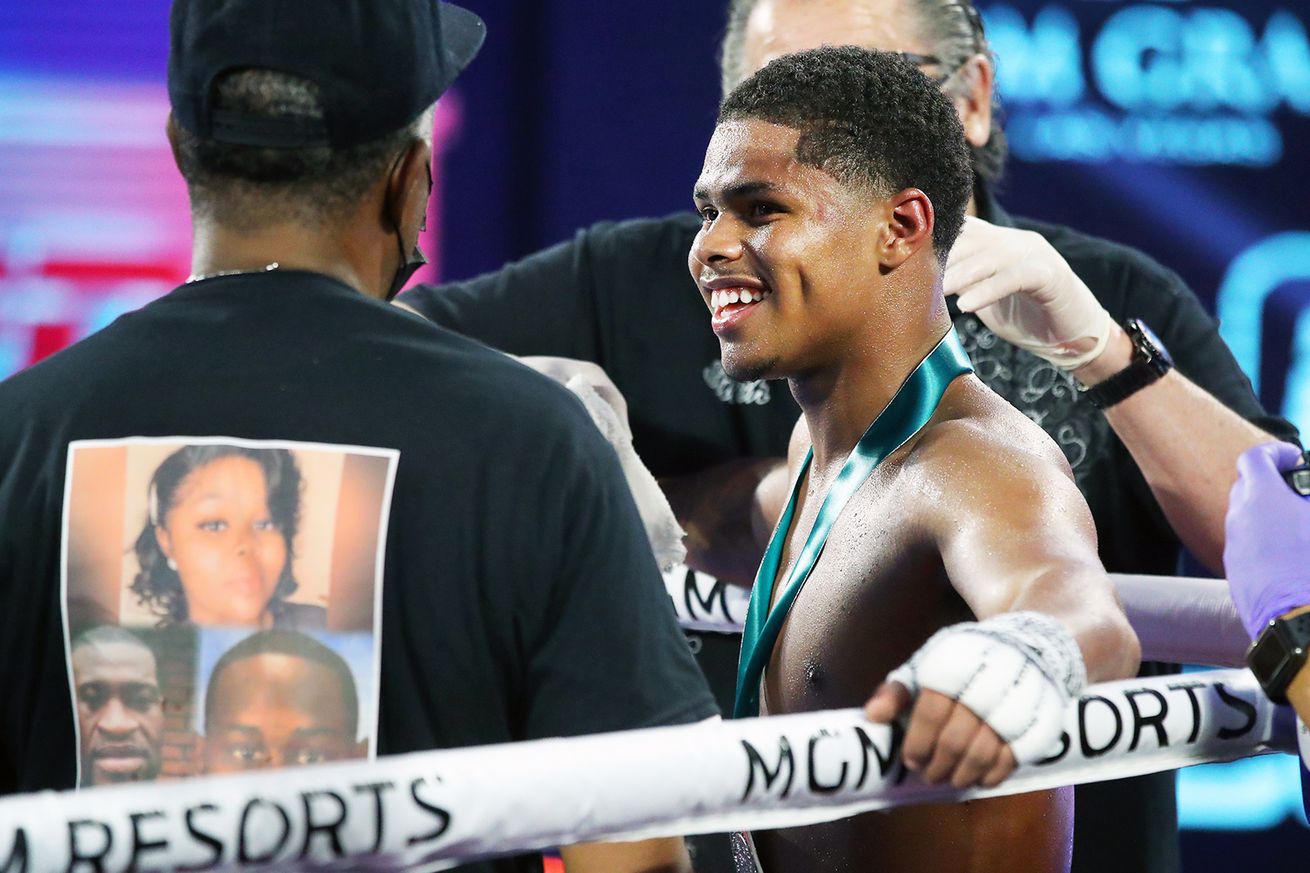 Stevenson sees himself as the cream of the crop among boxing’s young stars.

Shakur Stevenson joined Brian Custer’s The Last Stand Podcast and discussed a number of topics, including looking to get the next shot at Jamel Herring’s 130lb title to believing he’s the next big star in boxing. Check out some excerpts below with the full podcast episode above.

Stevenson on being the mandatory challenger for WBO Champion Jamel Herring:

“By January, it’s either we’re the very last resort or we got to fight, it’s all on him to make his decision on what he’s going to do. I know I need a belt, and I think being a 2-weight division world champ in 15 fights is amazing so I’m putting that in my brain, I’m more excited about that.”

On why he believes he’s the next big star of the sport:

On losing the gold medal at the 2016 Olympics:

“My heart was broken, as soon as they raised his hand my heart was broken. I really trained my whole life for the Olympics; I went to all these tournaments and all I was thinking about was winning a gold medal at the Olympics. I knew that once I got the opportunity I was going to go there and capitalize on the opportunity. When they raised his hand all I wanted to do is punch somebody, I really just wanted to punch him in the mouth. I was so mad.”

On his 2018 incident where he was arrested and charged with battery:

“A lot of people make mistakes; I was 21 turning 22. I made a mistake and I learned from my mistake and since then you haven’t seen me in any type of altercation or anything like that. I think my actions speak louder than my words right now, but it was a big mistake.”

On Al Haymon and PBC not trying to sign him when decided to turn professional:

“I was a little disappointed because I was the best coming out of the Olympics, and when you have the fighter coming out of the Olympics like Floyd and Sugar Ray Leonard, and Roy Jones Jr. and those type of fighters, it’s like everybody reaches out to them. They went there and did what they’re supposed to do and they can fight. I was a little disappointed for sure, but I made the best of the situation and made everything work and I’m happy with what I did.”