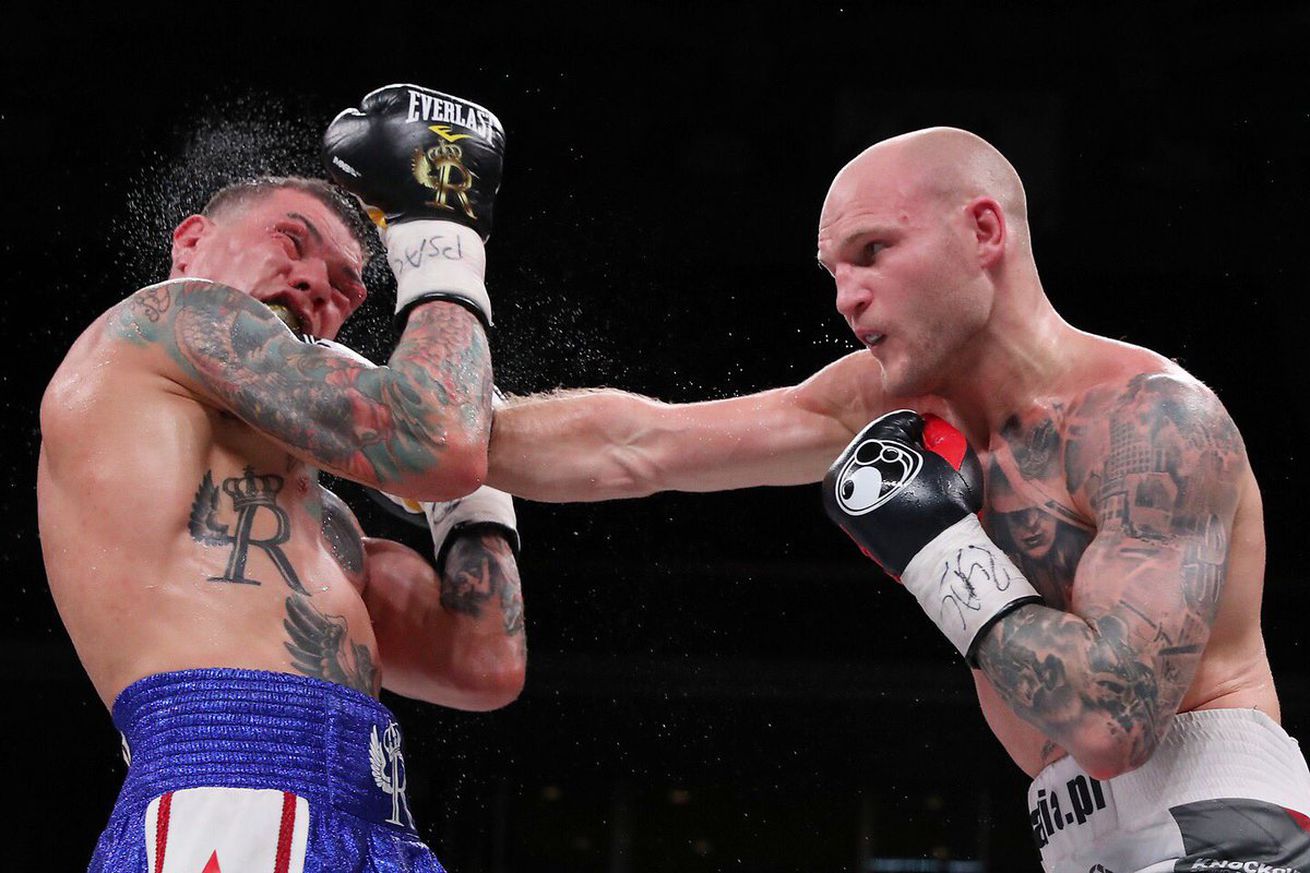 Maciej Sulecki got up big, but Gabriel Rosado nearly pulled off a stunning comeback.

Maciej Sulecki got the duke over Gabriel Rosado tonight in Philadelphia, but he had to walk through fire after a fast start.

Sulecki (28-1, 11 KO) put Rosado (24-12-1, 14 KO) down in the opening round on a right hand behind the ear, and for the early rounds it really looked like he was picking Rosado apart and could potentially dominate and cruise to victory, and with it, a likely shot in June at WBO middleweight titleholder Demetrius Andrade.

Things looked really bleak for Rosado, the hometown favorite, when he was dropped again in the eighth round on a hard counter right hand. When he went to his corner after that round, trainer Billy Briscoe told him very clearly that he needed a knockout if he was going to win.

In the ninth round, Rosado stunned Sulecki with his own counter right hand, putting the Polish contender on the canvas, dazed. Sulecki got up, but was clearly foggy, and Rosado put him down a second time moments later. Sulecki was trying to hold Rosado, who aggressively leaned away, kept firing punches, and wouldn’t stop until Sulecki hit the canvas again.

The bell to end round nine more or less saved Sulecki at that point. Rosado had one more round to try and rally for the comeback, and he gave it everything he had, looking to attack Sulecki and get him out of there. It didn’t happen, though, and the judges came back with scores of 95-93, 95-91, and 95-91, all for Sulecki. BLH had it 95-91 and 96-90 for Sulecki.

For Rosado, 33, this was maybe the last good chance he’s going to have at getting into a world title fight, and he came up just barely short when all was said and done. Sulecki will now likely get that date with Andrade (27-0, 17 KO) in June in Providence, Rhode, Island, fighting again in someone else’s backyard.

Sulecki expressed some disappointment with himself after the fight, particularly calling himself “stupid” for getting caught and dropped in the ninth round. Rosado said he felt he had won the fight, that he had turned things around in the middle rounds, which would go against what his own corner was telling him. The Philly fans, of course, wanted to see Rosado get his hand raised, but there’s no controversy on the cards here. Sulecki more survived than triumphed, but he deserved the win.