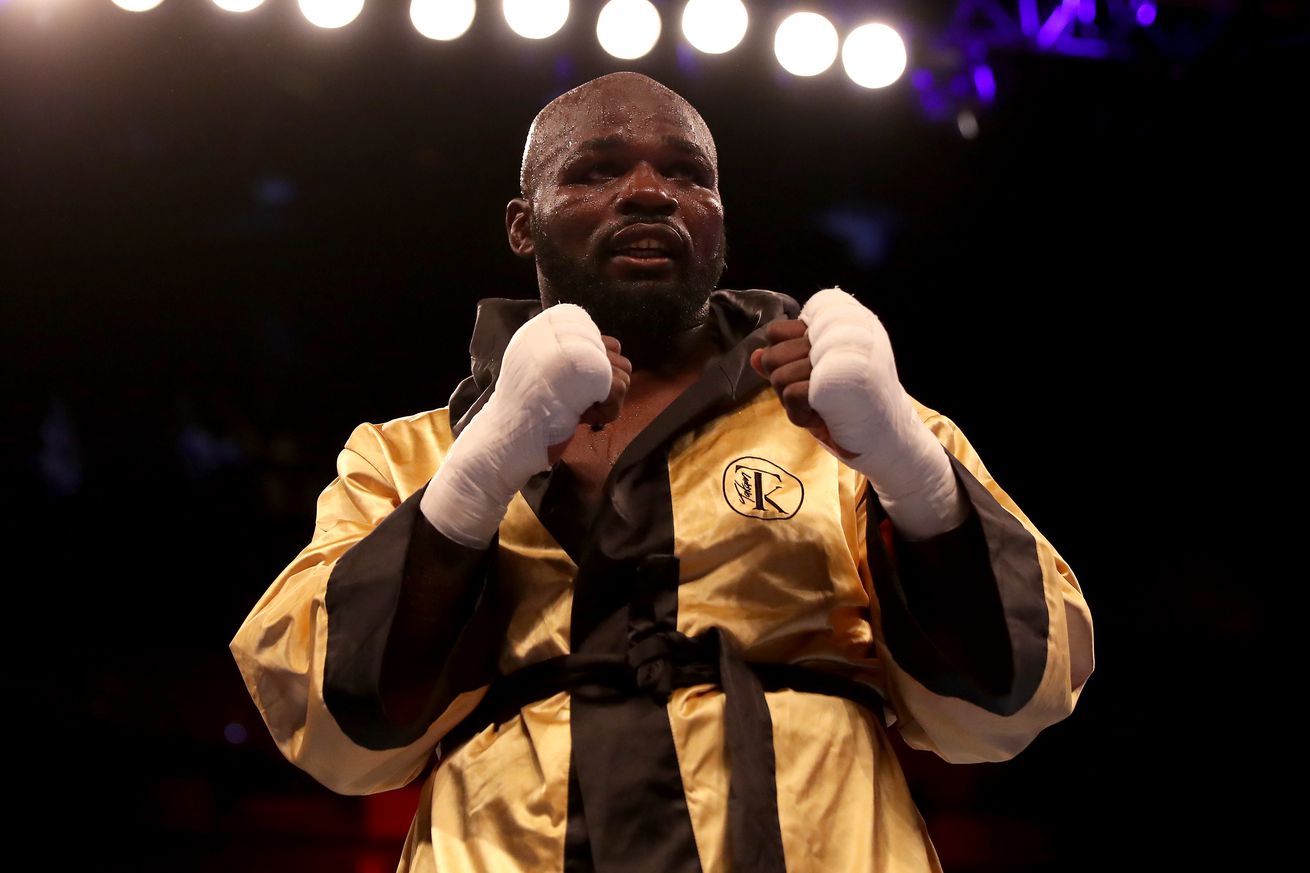 Carlos Takam tells Sky Sports that he hopes to land a rematch against Dereck Chisora, preferably at Wembley Stadium on undercard of Anthony Joshua’s schedule April 13th fight date. Takam took a stoppage loss to Chisora in mid-2018 but suggests that was only a mistake, and that a rematch would play out much differently.

”With all the respect due to Derek, the first fight was an accident. It happens. As we say back home, sometimes even the snake can tumble.”

Takam, who most recently scored a stoppage over Senad Gashi in late December, says the rematch with Chisora makes perfect sense as the first was a great fight. Takam continues by mentioning that he’s working closely with Matchroom, and even though Chisora is aligned with David Haye, he still believes that’s a fight they’d be interested in.

Chisora, of course, is most recently coming off a knockout loss to Dillian Whyte, a fight he was winning on the cards until Whyte landed a monster shot that put Chisora down for the count.