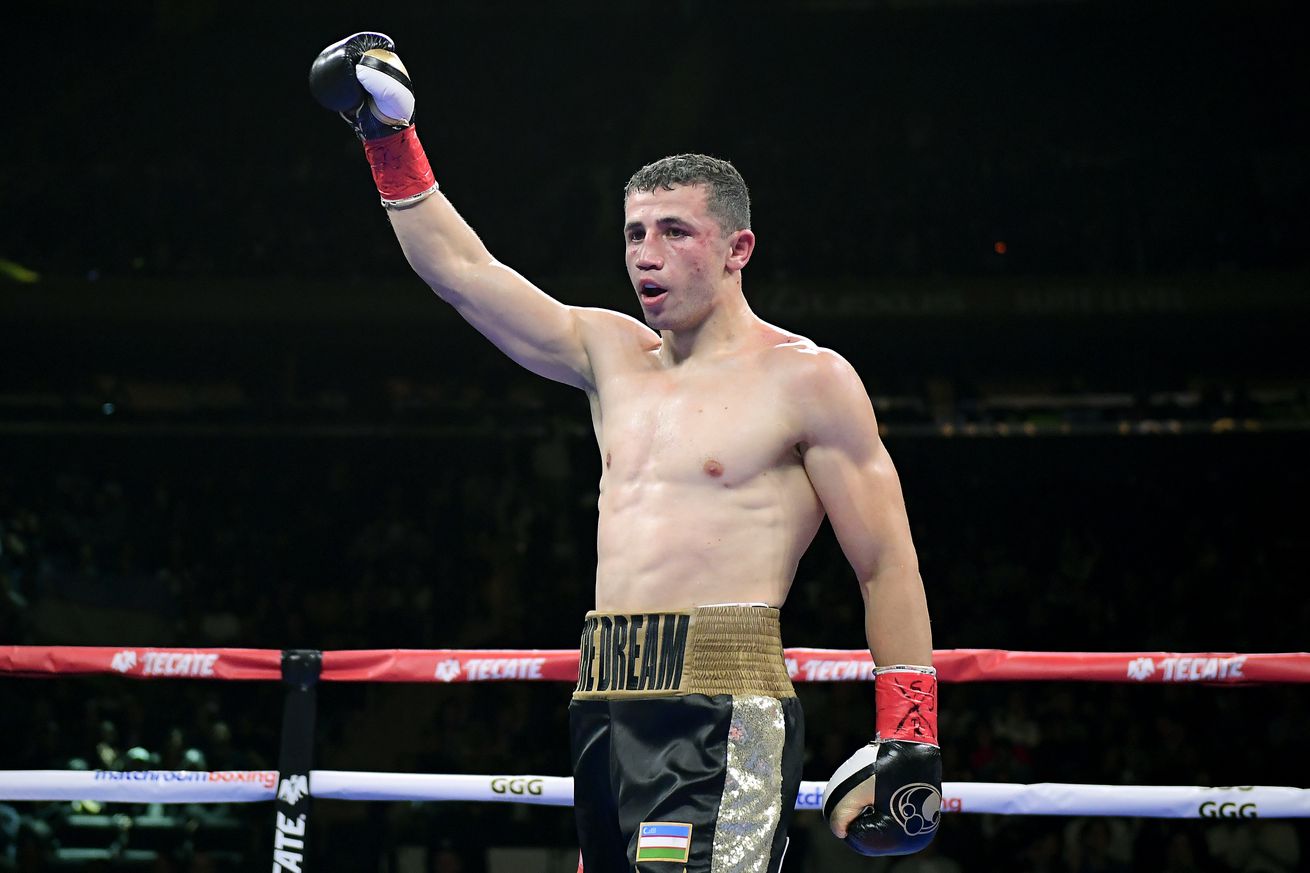 The rising star from Uzbekistan is more than just a power puncher.

25-year-old Israil Madrimov, from Uzbekistan, is one of the top rising stars in boxing right now, as the junior middleweight has coming storming into the pro ranks in the last 18 months, racking up a 5-0 (5 KO) record, while facing veteran fighters who aren’t completely clueless in the ring.

Madrimov has recently said he’s ready to take a crack at WBA/IBF titleholder Jeison Rosario, looking to follow in the footsteps of other recent pro prospects who had a strong amateur background and didn’t come into the professional game looking to waste time.

While Madrimov was no Vasiliy Lomachenko (who is?) or even Murodjon Akhmadaliev, we’ve seen this approach work, and Madrimov absolutely has skills; this is not a guy who’s just a puncher, as the highlight video up top so nicely illustrates.

Most recently, Madrimov was victorious on Feb. 29, dominating veteran Charlie Navarro en route to a sixth round stoppage. Navarro is no contender by any wild stretch of the imagination, but Madrimov is completely toying with the level of opponents that some prospects still face in fight 15 or so, and his intention to make his mark quickly has been clear from the moment he went pro.

Only actually getting in there with Rosario or another top name at 154 will truly answer the questions, but as far as talent goes, Madrimov really seems to be about as ready as he’s going to get. He’s not some green 19-year-old with five pro fights, he has experience, even if it’s not an Olympic medal.