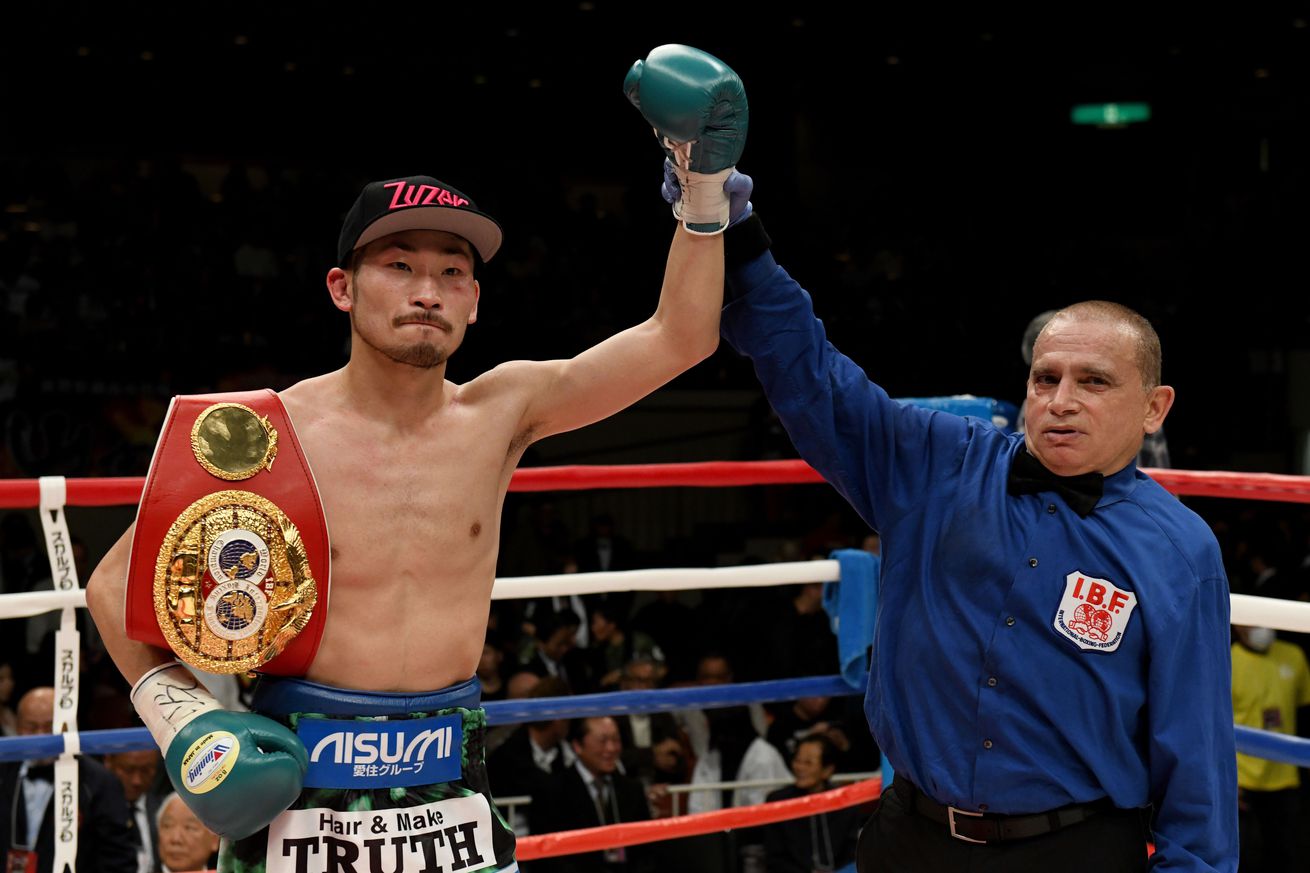 The two will meet in Brooklyn for an interim 122-pound title.

A pair of former titleholders will meet on Showtime’s Dec. 7 Charlo-Hogan card in Brooklyn, as Marlon Tapales and Ryosuke Iwasa square off for the interim IBF super bantamweight title.

Tapales (33-2, 16 KO) is a former WBO bantamweight titleholder, knocking out Pungluang Sor Singyu in 2016 to win that title. His reign didn’t last long, as he missed weight in his first defense against Shohei Omori in 2017 and dropped the title on the scales, though he did win the fight.

Tapales, 27, moved up to featherweight and beat Goodluck Mrema in 2018, but has moved closer to super bantamweight in his last two fights, beating Fernando Vargas Parra and Roberto Castaneda this year.

Iwasa (26-3, 16 KO) won the Japanese and OPBF bantamweight titles early in his career, then challenged for an interim IBF bantamweight title in 2015, going to the UK, where he was stopped in six by Lee Haskins. He moved up to super bantamweight and beat Yukinori Oguni in 2017 to win the IBF belt, which he successfully defended against Ernesto Saulong before dropping the title to TJ Doheny in 2018. In his last fight, he won a technical majority decision over Cesar Juarez.

The televised portion of the show will see Tapales-Iwasa open the show, with Dennis Hogan challenging Jermall Charlo for the WBC middleweight title in the main event, and Chris Eubank Jr meeting Matt Korobov in a middleweight co-feature for an interim WBA belt.