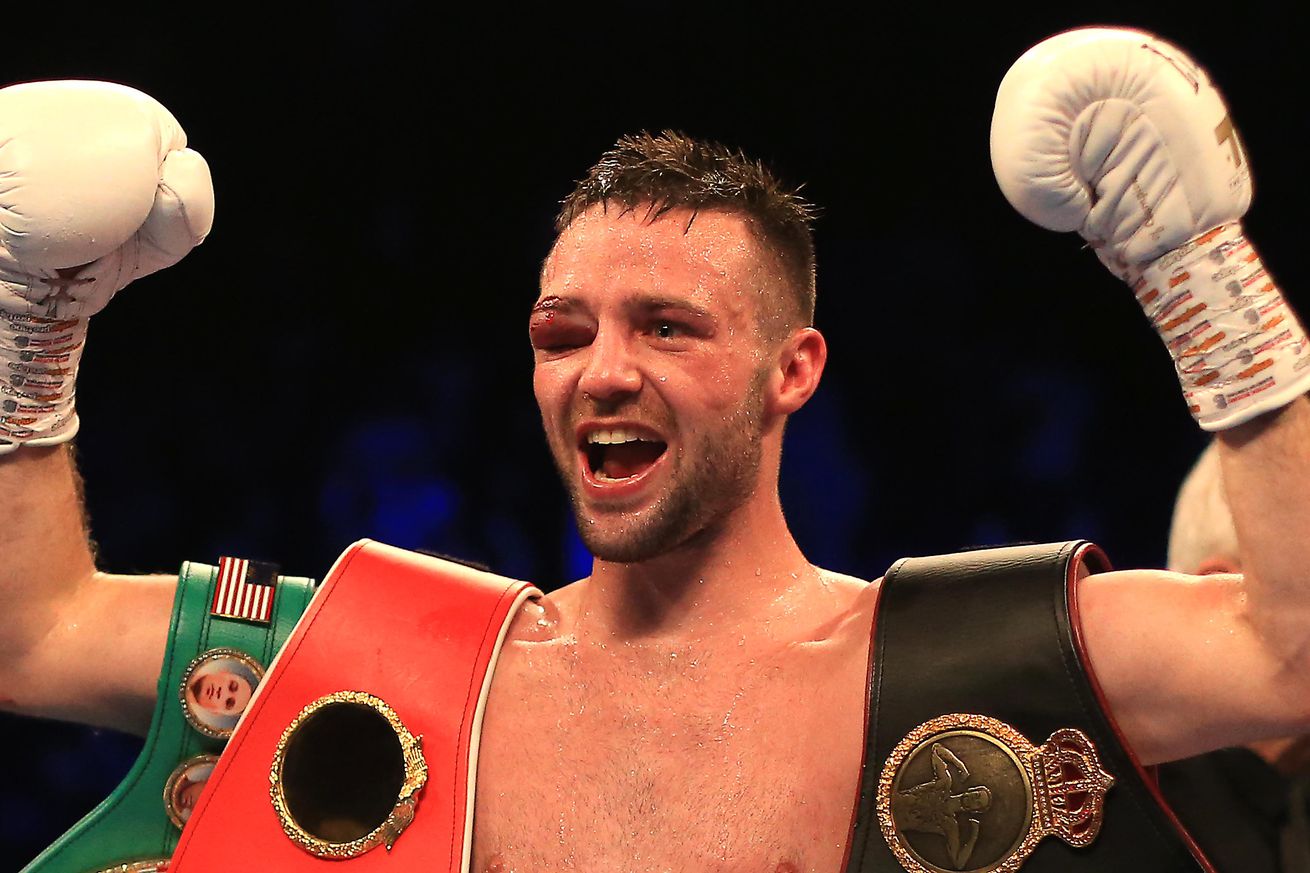 The unified 140-pound titleholder is talking the big game ahead of his next bout.

WBA and IBF unified 140-pound titleholder Josh Taylor is set to fight for the first time in 11 months when he returns on Saturday, Sept. 26, making a mandatory defense against little-known challenger Apinun Khongsong.

The 29-year-old Taylor (16-0, 12 KO) brought the two belts together in his collection with a tough win over Regis Prograis, which also made Taylor the World Boxing Super Series Ali Trophy winner.

The Scottish fighter has since signed with Top Rank, leaving behind his former promoter, Barry McGuigan, and also meant the end of his fighter-trainer relationship with Barry’s son, Shane McGuigan.

How to watch Taylor vs Khongsong

Taylor will now be working with trainer Ben Davison, who has worked with Tyson Fury and Billy Joe Saunders in the last few years, and was hugely credited with helping Fury get back into fighting shape.

Taylor is sounding confident about the return and the work he’s done with Davison, posting to social media, “Training camp is finished and all the hard work is done. I can’t wait to smash this guy’s head in next week.”

Khongsong (16-0, 13 KO) will be a huge underdog in the fight. The 24-year-old fighter from Thailand is basically an unknown, and certainly an unknown at this level, but he’s a Sampson Lewkowicz “find,” and Lewkowicz has had some major successes over the years picking up on fighters that others either didn’t or couldn’t see the talent in, chiefly Manny Pacquiao and Sergio Martinez.