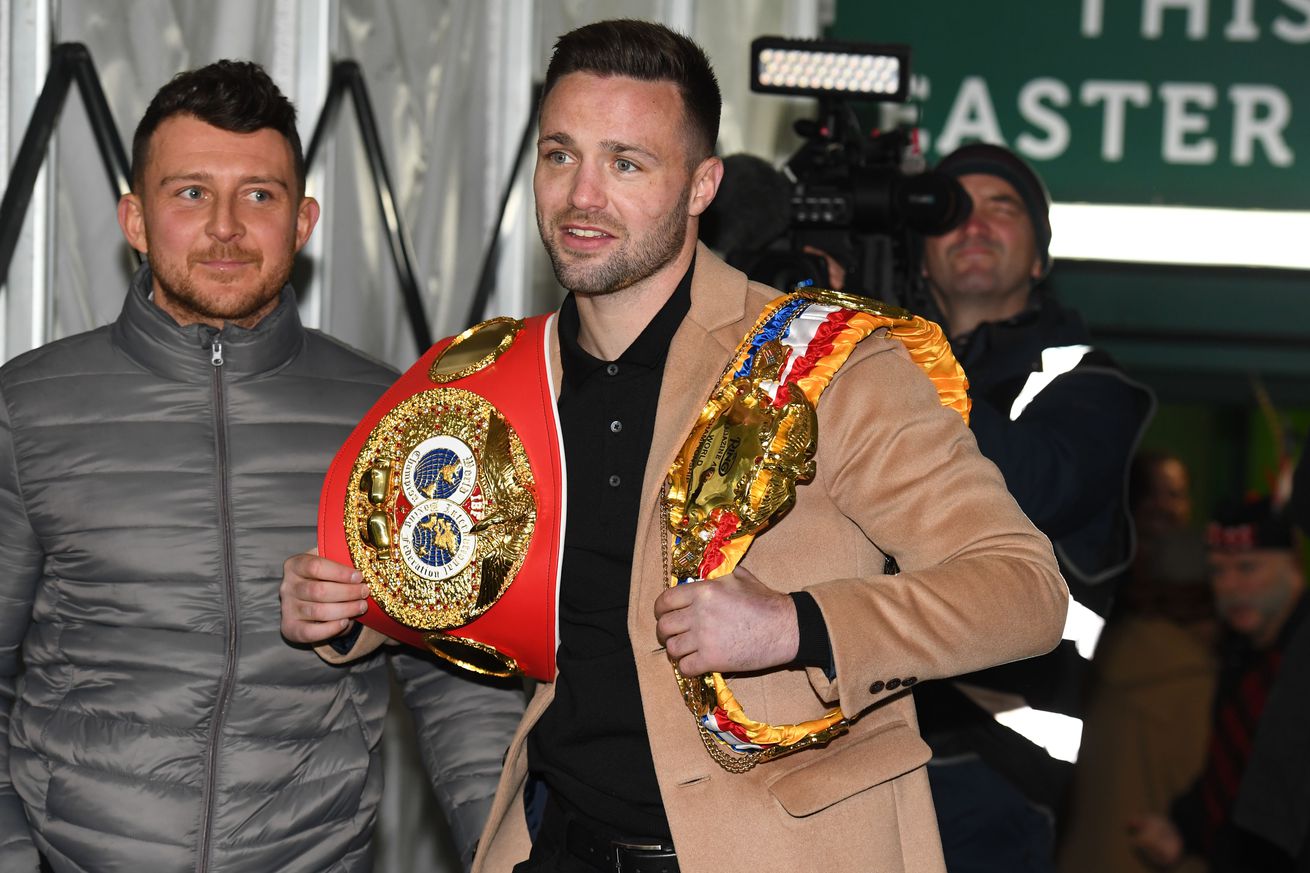 Taylor has an upcoming title defense but knows an undisputed title unification looms.

During this segment with Max on Boxing, unified junior welterweight titleholder Josh Taylor talks about a prospective showdown with fellow titleholder Jose Ramirez and what it would mean to the sport. Check out what he had to say on the matchup below…

Taylor on a unification with Ramirez:

“I’ve said it for a long time now. I think that fight between myself and Ramirez — outside of the heavyweights and whoever Canelo’s boxing — I think it’s one of the biggest fights in the sport right now. So I think it really has to happen for the good of the sport. It’s not very often you get these fights for all the belts.

“Ramirez is on a great roll. You know, great fighter, great champion. He’s tough, he comes to fight, leaves it all in the ring. My style as well is a very exciting style: I’m tough, I can fight, I can box, I can do it all as well. So that fight, I think, is gonna be filled with fireworks, and great fight for boxing. I could be one of the all-time great fights, you know. I think it’s a great fight and I think it really has to happen. We’re two great, hungry champions who feel they want to do more and prove more in the sport. It’d be a shame if it didn’t happen.”