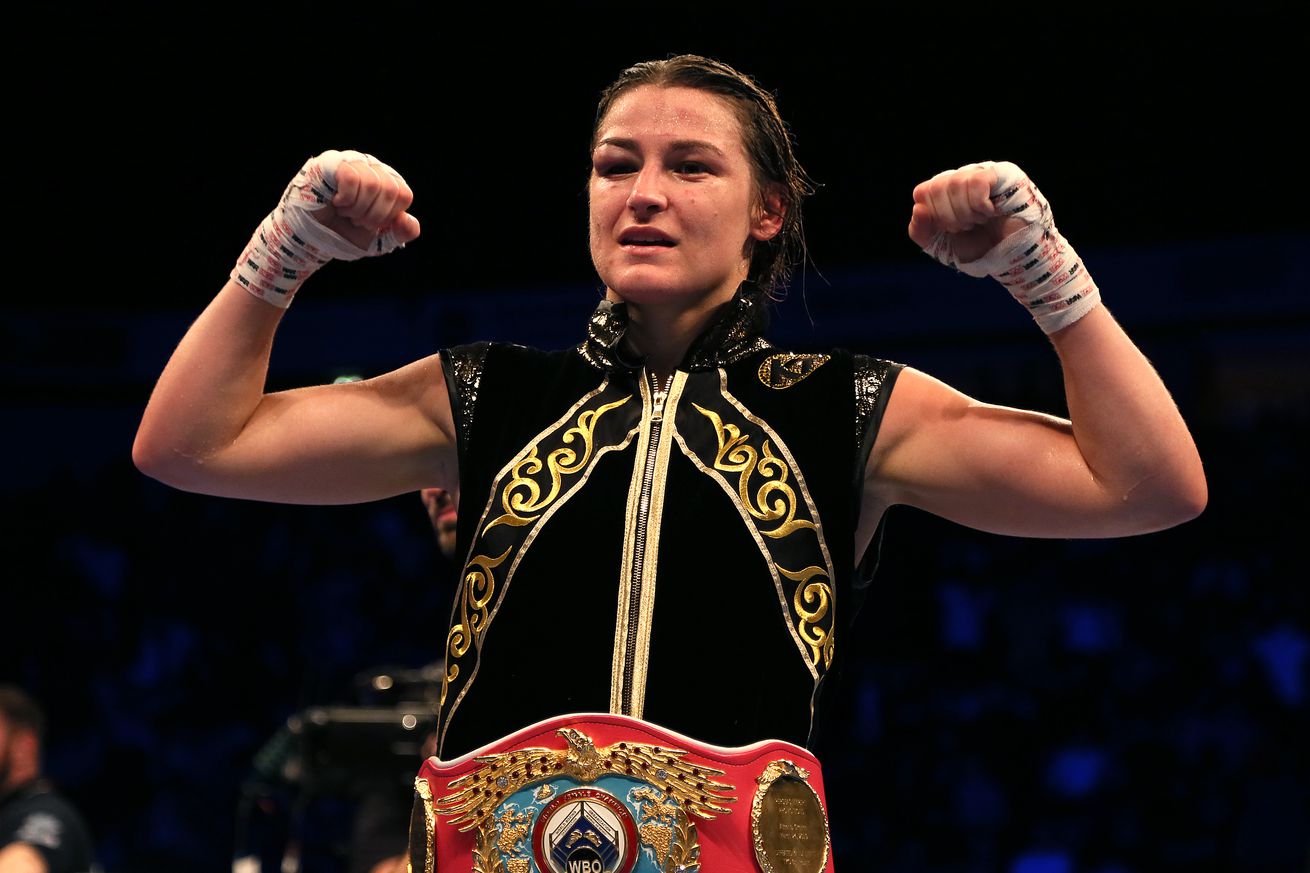 As had been rumored and expected, Matchroom Boxing officially announced a Nov. 14 world title tripleheader, featuring Katie Taylor in the main event.

The co-feature will see Terri Harper (10-0-1, 5 KO) defend her WBC junior lightweight title against Katharina Thanderz (13-0, 2 KO). The 23-year-old Harper is a house favorite at Matchroom and has built a nice little fan base, and is one of the more promising young women’s fighters in the sport. But she had real trouble on Aug. 7 in a great fight against Tasha Jonas, which went to a draw. Thanderz, a 32-year-old from Norway, now fighting out of Spain, last fought in Nov. 2019, beating Dnaila Ramos by split decision in an interim WBC title fight.

The show will also feature a vacant WBA bantamweight title fight between 34-year-old Australian Ebanie Bridges (4-0, 2 KO) and 29-year-old Englishwoman Rachel Ball (6-1, 0 KO). Bridges turned pro in Feb. 2019 and hasn’t fought anyone, really, while Ball is coming off of a minor upset of Shannon Courtenay, another Matchroom house favorite, on Aug. 14.

The show doesn’t have an official venue yet, but will be held in the United Kingdom, airing on Sky Sports in the UK and on DAZN in the US.