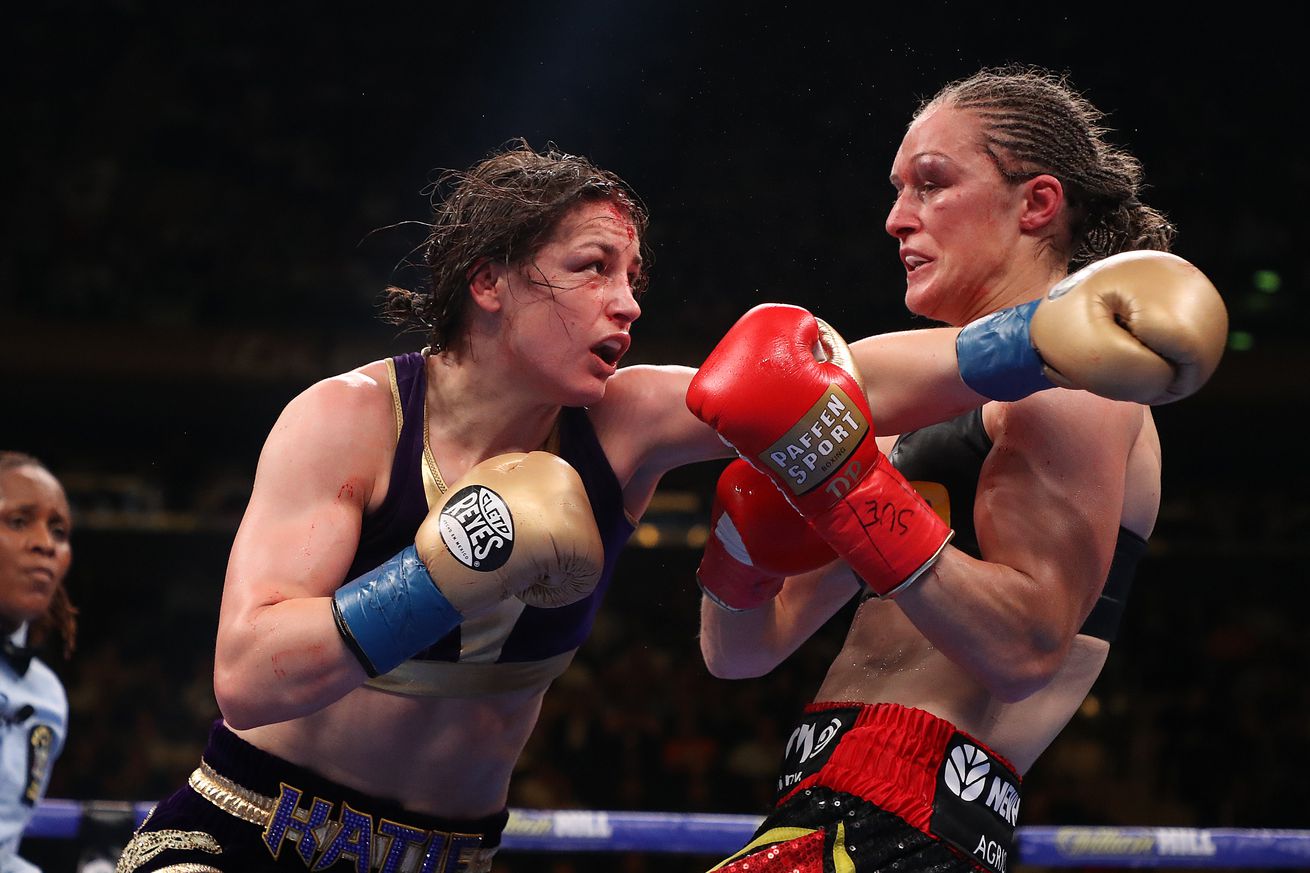 The two could and should run it back.

With a narrow majority decision win on June 1, Katie Taylor became undisputed lightweight champion by beating Delfine Persoon. But while she’s officially undisputed, there are plenty of people — including Persoon — who have an argument.

Taylor (14-0, 6 KO) wound up in by far the toughest fight of her pro career, as Persoon (43-2, 18 KO) made the fight rugged and ugly, drawing Taylor into a brawl that suited the Belgian more than the Irish superstar.

In the end, Taylor got two cards on scores of 96-94, with the third even at 95-95. Persoon left the ring and broke down in tears backstage, feeling she’d done enough to win, and many observers agreed she should have pulled the upset.

Taylor, for her part, says she isn’t concerned with anyone’s opinions, but understands a rematch with Persoon makes sense and probably should happen.

“I’m happy that it did go that way and I’m now sitting here as the undisputed champion and I really couldn’t care less what anybody else says. The rematch is inevitable at some time and I’m happy to give her a rematch at any point. We’ll see what happens over the next few months but I do look forward to the rematch soon.”

Before the fight, Taylor’s next fight was suspected to possibly be against Amanda Serrano, who has won world titles in seven weight classes, and then if successful with that, there was even talk of Taylor going up to 147 to face Cecilia Braekhus.

While that all could still happen, there is definitely good reason to call for a Taylor-Persoon rematch first. Not only was the fight competitive as hell, but it was very entertaining, with both women showing a ton of grit and determination in what was, at times, a slugfest.

One thought on “Taylor open to rematch with Persoon, calls it ‘inevitable’”