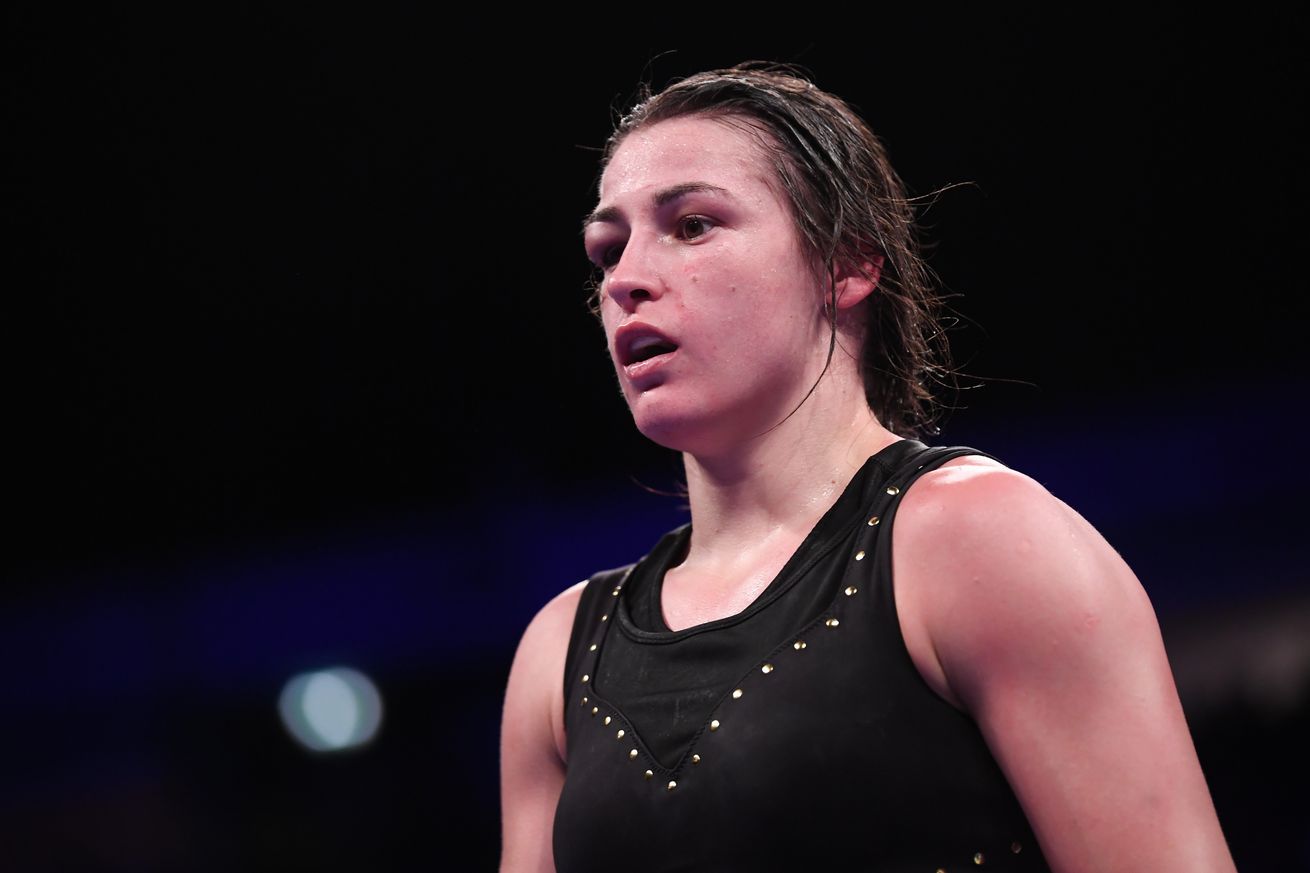 Taylor wants a more definitive win this time around against the Belgian.

Katie Taylor may be the undisputed lightweight champion of the world because she has all four major titles, but one person in particular may still dispute the claim, and that’s Delfine Persoon.

Taylor beat Persoon via highly debatable decision in a June 2019 war, which you can watch in full here, and the two are set for a rematch this coming Saturday, Aug. 22, streaming live on DAZN and airing on Sky Box Office in the UK.

For the 34-year-old Taylor (15-0, 6 KO), it’s an opportunity to put to rest any doubts about how she sizes up against Persoon (44-2, 18 KO) after that first bout, and it’s a chance for her to get active again, too, following a long break from action. Taylor last fought in Nov. 2019, beating Christina Linardatou for a 140-pound title.

“This has been the longest training camp of my life, I think, I’ve been in Connecticut since January training for a big fight,” Taylor said as she arrived at Matchroom’s “bubble” for fight week. “Obviously the Amanda Serrano fight fell through, so Persoon stepped in. This is a fight I’ve been looking forward to for a long time now and I’m more than ready. I can’t wait.”

Taylor is looking to get a more definitive win over Persoon, then move on. There are big fights waiting if she wins, including revisiting a bout with Serrano, possibly, or possibly a catchweight fight with new undisputed welterweight champion Jessica McCaskill, whom Taylor beat in 2017.

“This is a fight I’ve always wanted since the first fight, and I can’t wait to step in there and prove all the doubters wrong,” she said of Saturday’s rematch with Persoon.