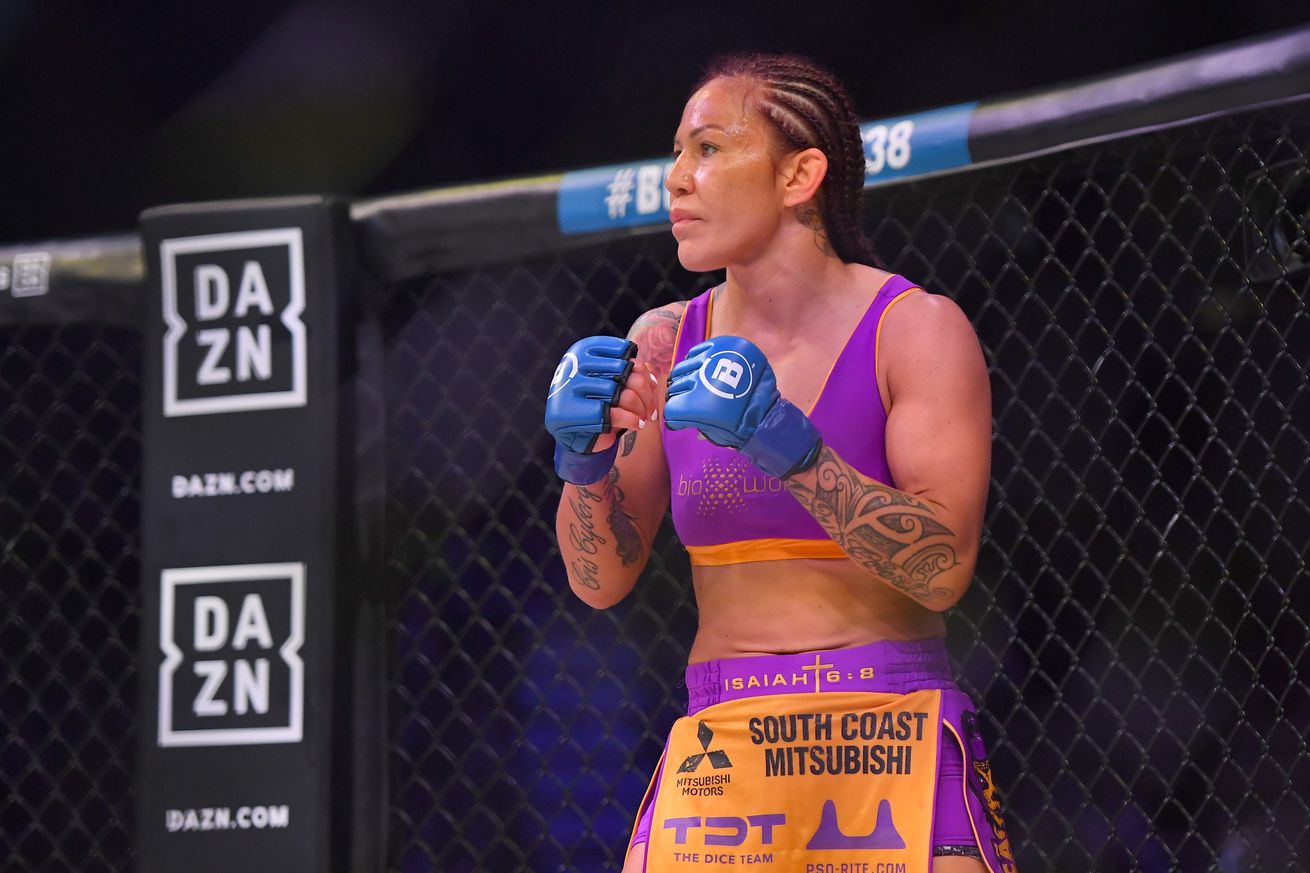 Cris Cyborg-to-boxing talk is back, with Matchroom and Bellator talking about Katie Taylor.

MMA star Cris Cyborg has expressed her interest in trying her hands at pro boxing sometime, and while the oft-discussed matchup with Cecilia Braekhus seems unlikely now, a new potential opponent has entered the discussion in the form of Katie Taylor.

Cyborg, who just fought on Thursday night at Bellator 249 in an easy submission win over Arlene Blencowe (the first submission win of Cyborg’s 25-fight career), and Taylor would be an interesting idea, and Bellator boss Scott Coker tells Sky Sports that there has been some talk involving Taylor’s promoter Eddie Hearn of Matchroom Boxing:

“There is dialogue between Eddie Hearn and myself. … It’s going to be up to Cris, what she wants to do. I know she’s like, ‘It’s up to [Bellator],’ but really it’s up to her and her management to see which way they want to head. If they want to continue fighting MMA, because she’s training MMA right now.”

Coker is suggesting that if Cyborg boxes, a deal should be made for Taylor to come over to MMA for a second fight, which in a sense is sort of admitting that Cyborg isn’t going to beat Taylor in boxing, which is, in fact, unlikely. He believes Floyd Mayweather should have fought Conor McGregor in MMA after their boxing match, which is one of those things you can get fans to agree with easily because it sounds reasonable on paper but is actually pretty dumb. (With full respect to both sports, and this is not to say it’s easy at all, it’s a lot easier to go from MMA to boxing at a serious level than the other way around. There’s simply much more to try and be at least adequate at with MMA.)

But it’s all kind of a long shot, too, and let’s not forget that. McGregor did it, but Khabib Nurmagomedov, for instance, has not, and mentions of Cyborg fighting in boxing go back to 2017 as a serious talking point, when she was linked to the then-unbeaten Braekhus, and it’s been a topic this year, too, first in January before she made her Bellator debut, and again in April, when Braekhus was still the idea.

Since then, Braekhus has suffered an upset loss to Jessica McCaskill, and there will be a rematch. As for Ireland’s Taylor, the reigning undisputed lightweight champion. she’s coming off of a strong rematch win over Delfine Persoon in August, and is set to return on Nov. 14 against Miriam Gutierrez.