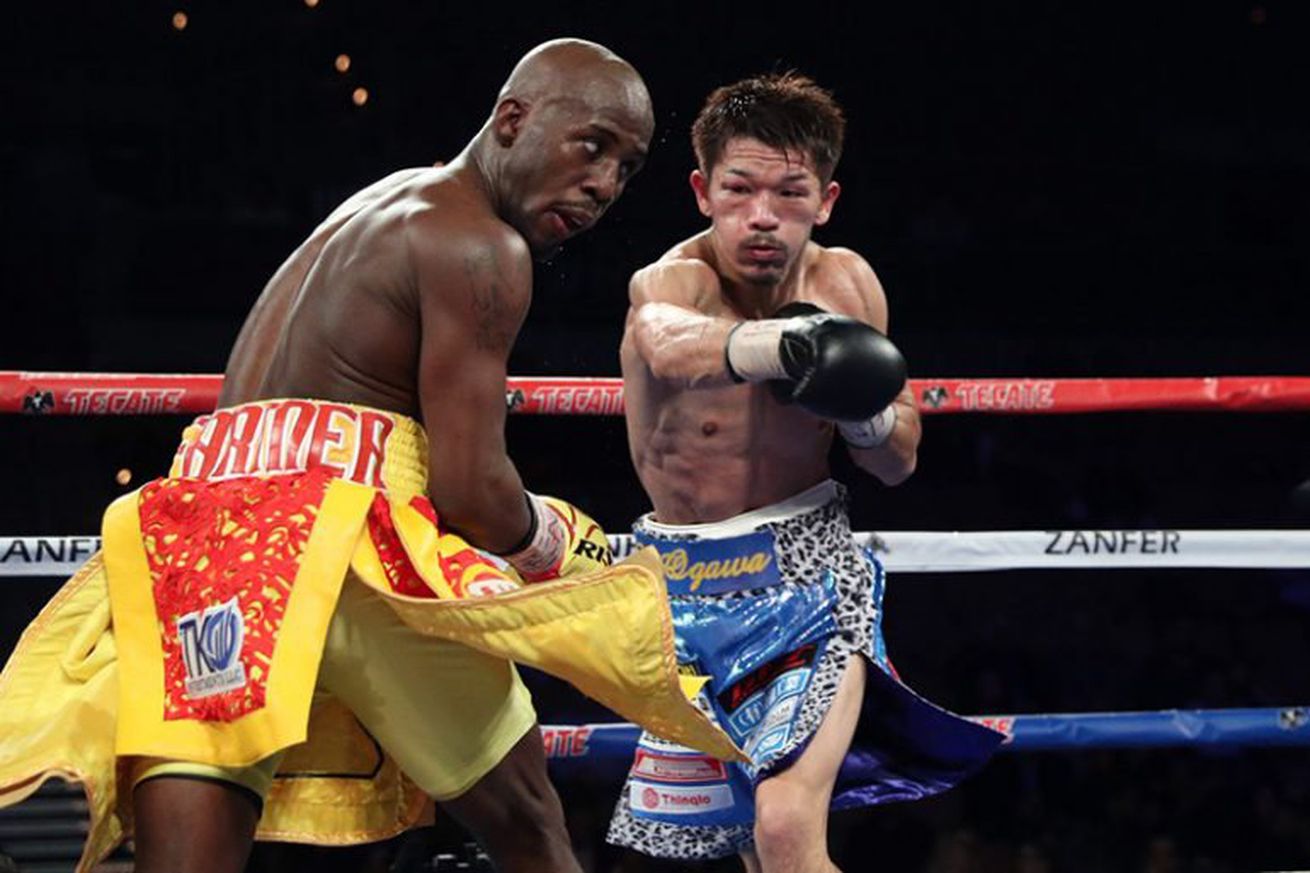 An IBF 130-pound eliminator is now in Teiken’s hands.

Rights to the ordered IBF super featherweight eliminator between Kenichi Ogawa and Azinga Fuzile has been won at purse bid by Teiken Promotions, ESPN reports. The winner will be in line for a shot at the title currently held by Tevin Farmer.

Ogawa (23-1, 17 KO) actually fought Farmer for the same vacant belt on HBO back in Dec. 2017, winning a disputed split decision that was later changed to a no-contest when Ogawa failed a drug test and was then suspended for a year.

After that, Farmer went to Australia and beat Billy Dib to win the still-vacant belt, and has made three defenses since, with a fourth lined up against current mandatory challenger Guillaume Frenois for this summer, likely on July 27.

The 31-year-old Ogawa returned to action on Feb. 2 at Korakuen Hall, winning a 10-round tune-up decision over Filipino fighter Roldan Aldea.

Fuzile (14-0, 8 KO) is a 22-year-old South African southpaw who turned pro at the end of 2014 and has started climbing the ladder a bit. In his last three, he’s picked up wins over veterans Malcolm Klassen, Ibrahim Mgender, and Romulo Koasicha.