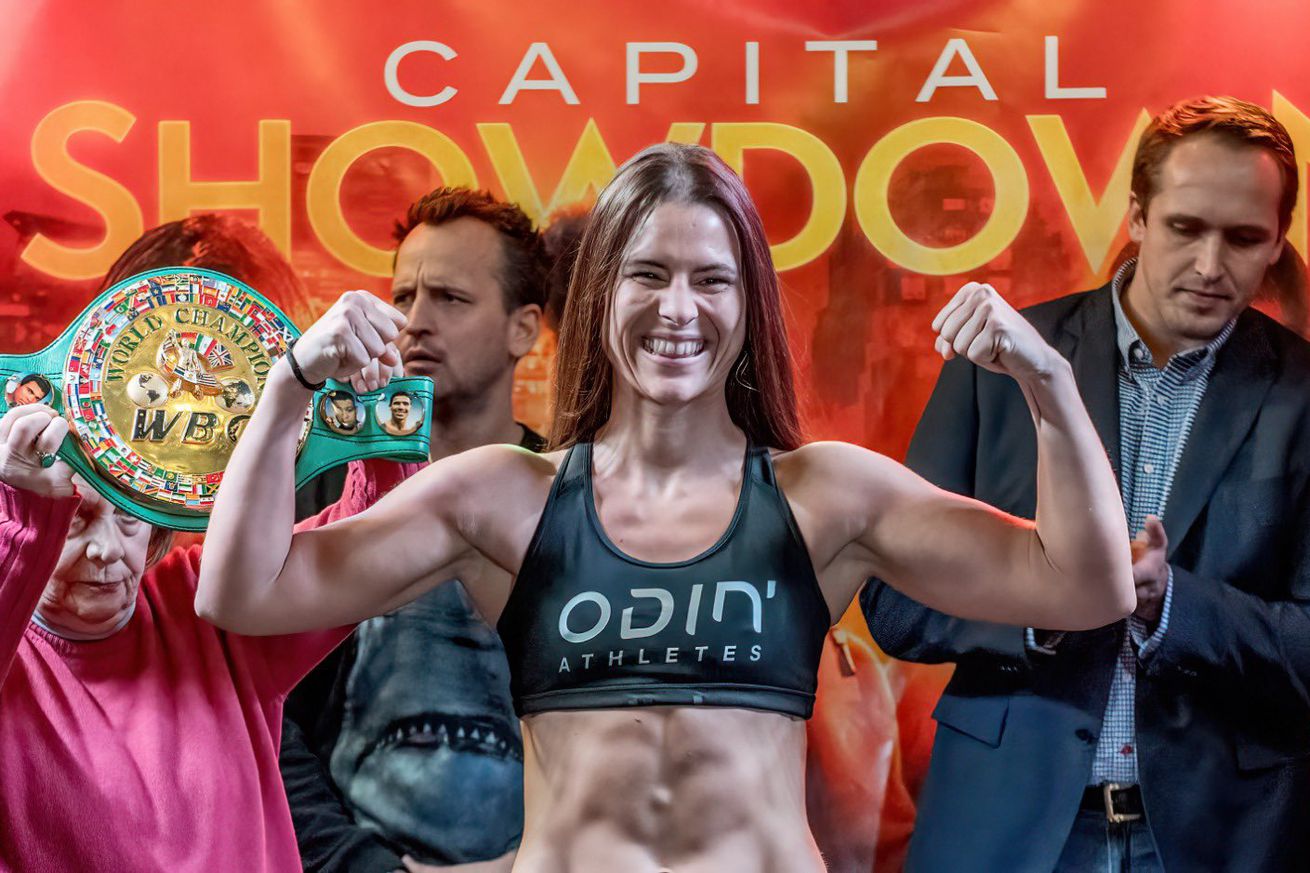 Thanderz challenges Harper for the WBC 130-pound title on Saturday.

Taylor will be a big favorite in the headline fight, with nobody expecting an upset. But there could be more of a chance for one in the co-feature, where Terri Harper defends the WBC junior lightweight title against Katharina Thanderz.

Harper (10-0-1, 5 KO) has been a big discovery for Matchroom, as the 24-year-old has quickly turned into a very good professional despite having little amateur background. She took the WBC title from Eva Wahlstrom in February, but did get a very tough test from Tasha Jonas in August, a terrific fight that many felt should have gone Jonas’ way and wound up a draw.

Thanderz (13-0, 2 KO) is a 32-year-old originally from Norway, now living in Spain, a four-year pro who’s looking to take her shot. She won the European title in 2017 in her seventh pro outing, and beat Danila Ramos via split decision a year ago to win the interim WBC title.

How to Watch Taylor vs Gutierrez

Thanderz says she’s seen some weaknesses in Harper’s game, and feels she can exploit that on Saturday.

“My last fight was a hard one where I had to bite down on the gum shield, but this fight will be an even greater test,” she said. “I came through in my last fight and had my hand raised, I’m confident that will happen again against Terri.

“After that fight, I called for Terri Harper, I’ve been studying her for a long time but I know she will have been studying for me. I’ve seen weaknesses in her game that I have been working on in training, I’ve put in extra hours to work on a specific game plan and now I just can’t wait to get in there with Terri and put into practice what we’ve worked on.”

Harper will still be a favorite here, for sure; right now, she’s sitting around -400 to -600 on various books. But Harper was a much bigger favorite against Tasha Jonas — she closed around -900 for that one — and the young titlist got some lessons that night. Thanderz may not have Jonas’ amateur background, but she does have a lot of heart, and feels she’s well prepared.

“Everything for this fight has been right. My training camp, my preparation could not have gone better. From diet and nutrition, physical training, sparring — my team has left no stone unturned; I am determined not to waste this opportunity,” Thanderz said.

“We will entertain in this fight, we are two fighters that love to fight and have trained hard and prepared well. I can’t wait.”