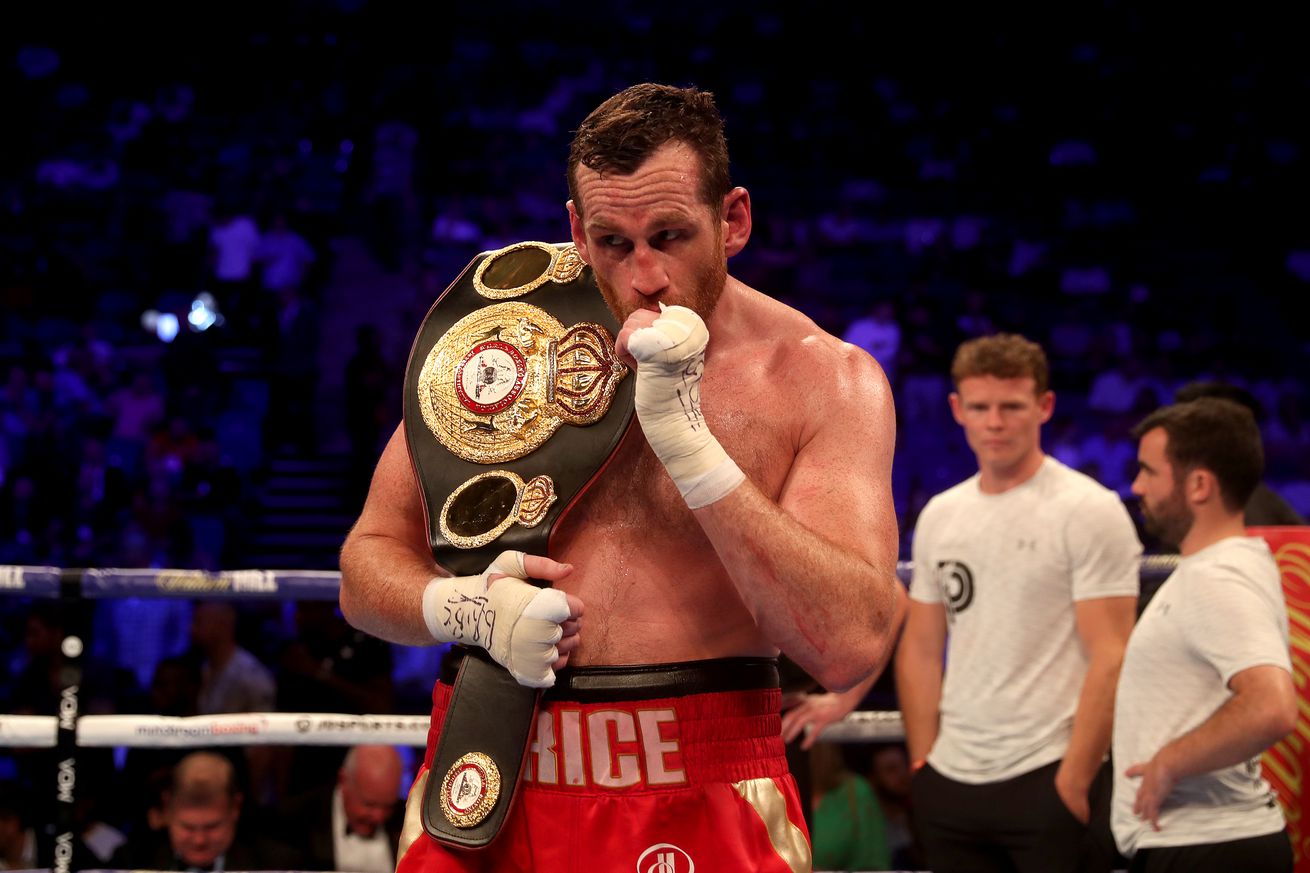 The Liverpudlian continues to rebuild after a tumultuous career to date.

“I’m still here,” David Price stated in the dressing room post-fight after forcing Dave Allen to retire at the end of the 10th round. “I’ve just arrived again tonight I think in a different way, the penny has finally dropped. I’ve turned a big corner there.”

You could see the relief in the face of the 36-year-old as he spoke to iFL TV’s Kugan Cassius in the calm of the backstage of London’s O2 Arena. A broad smile splashed across the face of Price, with his chest pumped out prepared to receive the compliments peppered towards him by his team and members of the surrounding media. Relaxed, loose and jovial in his responses: Price had just secured his most important win since the back-end of 2012.

”I wanted to win on points,” Price explained, having previously only reached the seventh round as a professional. Sticking behind a controlled, lengthy jab throughout his WBA continental heavyweight title bout against the popular Allen, Price showed his amateur schooling had not escaped his game, with a punishing half-hour of precise pummeling forcing damage to the eye and mouth of the brave favourite.

Allen was priced at 2/5 pre-fight, with a Price win being offered at around 7/4 in the outright markets. Price made a mockery of these assessments, with a detailed gameplan being executed to perfection in winning every round until Darren Barker pulled his man out at the end of the 10th.

“I can see five of him,” Allen crooned in the corner, with damage to his orbital bone becoming evident after a visit to the hospital in the aftermath.

It’s now three wins on the spin for “Pricey” against domestic opposition, with wins over Tom Little and Kash Ali being overshadowed by this most recent and most comprehensive victory. The level that these wins have come at is questionable at best, but Price has demonstrated a dogged determination to continue in this sport having suffered knock-back after knock-back when stepping up in competition.

Price continued to speak candidly about the struggles he has had in attempting to turn his career around.

“I don’t spend much time on social media because I’m aware of the stick I get. My kids have started getting stick in school, but that’s life and it comes with it. It just feels so good to prove people wrong. I’ve never really been motivated by proving people wrong because I think it doesn’t really matter what people think, but now I’ve got the feel-good factor off proving people wrong, I want to keep doing it.”

Without being tied to a promotional company, Price’s next step will be of his own making. The flexibility to perform on either Frank Warren or Eddie Hearn’s cards (or others) opens doors to Price which would have been slammed shut in defeat to the “White Rhino.”

It’s clear that Price understands the ceiling to his future achievements in the heavyweight division. In the twilight of his career, the former Olympic bronze medalist will be angling towards another big fight at the back end of 2019, but with punishing defeats at the hands of Alexander Povetkin and Sergey Kuzmin last year, a carefully considered move towards another domestic foe may be the best direction for the proud Liverpudlian to follow.

Forever being touted as the “biggest puncher in the heavyweight division,” Price’s name still has a draw in Britain; his feud with Tyson Fury in the run-up to his back-to-back losses to Tony Thompson allowed his name to enter the casual market having a stint of fights on free-to-air Channel 5.

Hughie Fury would prove an interesting test for Price at this stage in his career. His newly-found desire to box off the back foot and stick behind a tough jab — granted, against limited opposition — was evident on Saturday, and with Hughie Fury not considered a huge puncher, another domestic dust-up could prove fruitful for both.

The heavyweight landscape changes so quickly, with nobody in the mix exempt from just one punch changing the course of their career. With five losses on his record, Price seems settled into a new-found role, relieved of any pressure going into battle. We’ve lived through the highs and lows of his career, with every bump in the road under the biggest scrutiny from the British boxing press; now the path has cleared slightly, with an opportunity for the 6ft 8” veteran to finish his career on his own terms, providing he receives sensible matchmaking.

”I gestured at everyone after the fight and I’ll say it now: fuck you, fuck you,” Price bellowed, in response to the hate he has received over recent years in his career. In what was without question the sweetest victory of his career, a chance to right the wrongs of an uncomfortable career over the next couple of years could prove sweeter still.

One thought on “The Price is right, as Allen gets a lesson in London”