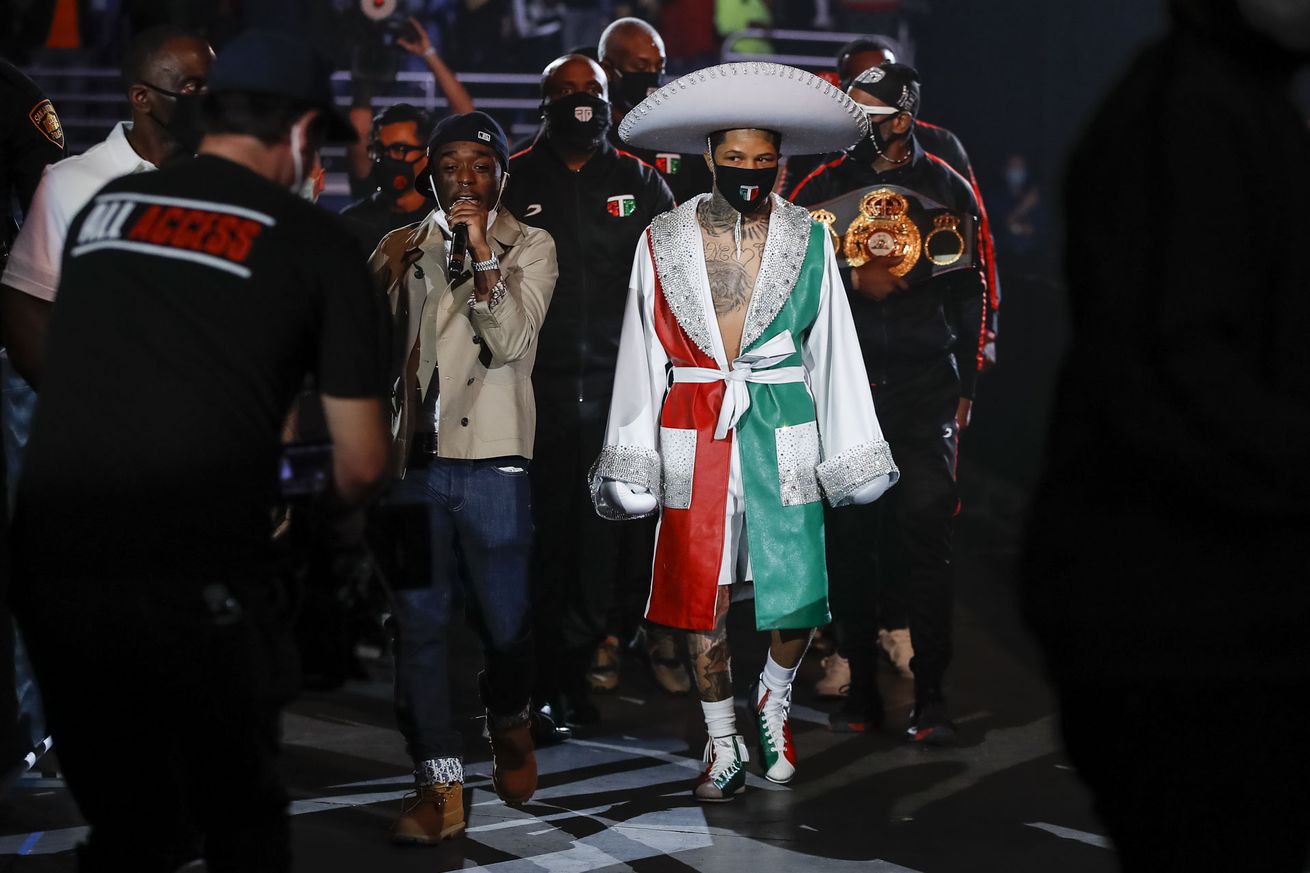 Despite any rumors, there is plenty of evidence that Gervonta Davis did nothing wrong on Saturday.

Another day, another theory — some might say conspiracy theory — gets trotted out and gets traction.

Welcome to the state of the nation, media, and social media, and a dysfunctional manner of interpreting information and news developments, friends.

Gervonta Davis had one pair of gloves on before his Saturday night fight against Leo Santa Cruz in San Antonio. And then bang, right after that, he was wearing another set of gloves.

alleged that Tyson Fury’s gloves weren’t right when they gloved up for their Feb. 22 rematch. He showed a video snippet of one glove looking strangely floppy while Fury threw a left hook, and then stated that he thinks Tyson had some foreign object in his glove that night, citing a “dent” in his head and a cut in his ear as evidence.

What passes for evidence these days would not have passed smell tests done before journalistic standards started dropping. Fact checking has made a comeback in the political news sphere, but in sports media, not as much.

the issue of “tampered gloves” pop up, so some trickery with gloves occurring wouldn’t be so strange so see.

Problem with this particular deal, though, is there is video which shoots down the possibility of any foolishness having gone on with Gervonta Davis, and what gloves he was wearing into that Texas ring against Leo Santa Cruz.

Videographer Elie Seckbach was in the room when gloves were chosen by the Davis and Santa Cruz teams:

You can see mitts being tried on, signed off on, and literally signed by a Nevada commission employee. The video conveys the fact that there is a regulated process in play, and that what gloves are going to be used isn’t some freelance procedure which is open to be easily exploited.

And in asking around to people who were on site — people with a track record of not wanting party to any such tomfoolery — I’m very comfortable in dismissing any lingering theorizing about Gervonta’s gloves.

Davis put on the gloves, his “No. 1 pair,” and didn’t like the way they were fitting. So he decided to use his “No. 2” pair, and conveyed that in the correct manner to the powers that be.

And I changed my gloves because my first pair was uncomfortable..I do not have to cheat to win.

Leo signed off on both fight gloves..ask him

And if you don’t mind, can I slip in a request for more fact-checking, for being open and willing to do investigation prior to getting contemptuous or spreading an unverified rumor? Again, I can get caught up in this cycle of negativity and speculative sensationalizing, more often outside the arena of sports than within. I think many of us can do well to resolve to do better in this regard. Social media is a game changer in how information and news is shared and consumed, and I don’t think enough people realize how the platforms can and are mis-used.