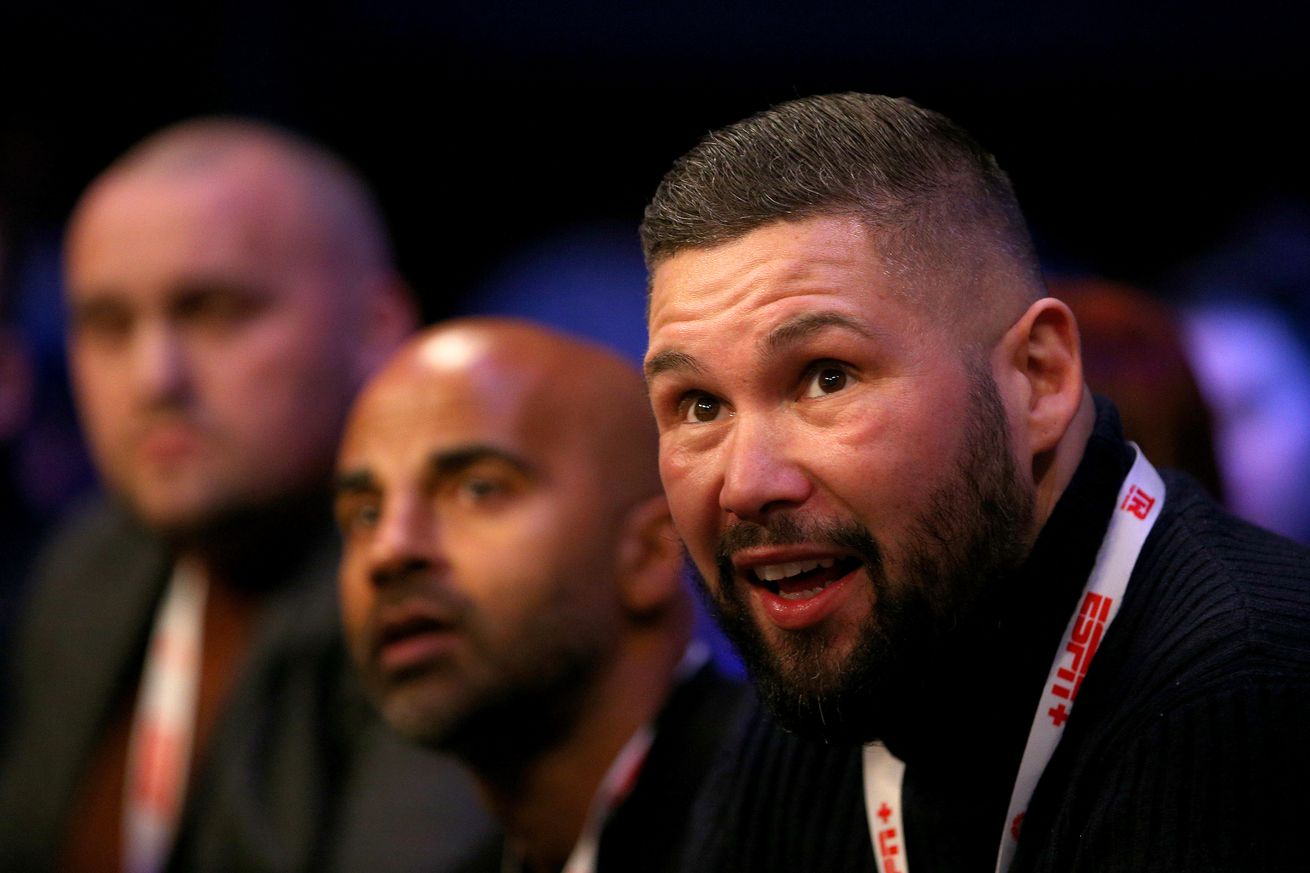 Tony Bellew, the ex-cruiserweight champ who exited the game after his Nov. 2018 fight versus Oleksandr Usyk, weighed in recently on some of the bigger happenings in the boxing world.

The Brit boxer, who left with a 30-3 record, shot the bull with Ak and Barak of SiriusXM, and talked turkey on some of the bigger clashes booked for the next few months.

First things first, the hosts asked Bellew, who turns 38 in November, if he’d consider a return to the ring.

“There’s always a number that would make anyone come back,” he acknowledged. “$10 or $15 million for me? Not enough. When I throw punches I feel strong. Then when I watch the footage back I realize I’m not as quick as I used to be.”

Smart, and props to Bellew for making that public admission. That’s a helpful step to stave off that inevitable urge to glove up just one more time.

“Could I beat a slow heavyweight? Maybe,” he said. “But I’d be no match for the guys at the top.”

The Englishman pivoted to forthcoming bouts. On May 23, Oleksandr Usyk was to meet Derek Chisora, in a “prove your worth” test for Usyk, looking make the sort of splash at heavy that he did at cruiser. They’ve settled on a new date, Oct. 31.

“Chisora has a chance in the Usyk fight for sure,” Bellew offered. “Usyk is an unknown commodity at heavyweight so that’s something to consider, too. If Usyk thinks he has an easy fight ahead of him, he’s wrong. Barring Lomachenko and Canelo, Usyk is the best pure fighter in the sport. He’s the best I ever faced and is unbelievably talented.”

Bellew also served up some intel from a recent standout fight. Alexander Povetkin’s dismissal of Dillian Whyte provoked massive jaw dropping, because Whyte had been handling his business before his world went dark.

“I spoke to Dillian Whyte after he lost to Alex Povetkin,” Bellew said. “He’s the most improved heavyweight in the world besides Anthony Joshua. A loss doesn’t mean your career is over. Povetkin just landed the perfect shot against him. Whyte didn’t see it coming so he couldn’t even brace for it.

“Whyte was one punch away from winning that fight. He just made a crucial mistake. Povetkin knew that he landed the punch of his life, that’s why he screamed the way he did after the win.”

We know Whyte is fixing to head right into a rematch with the Russian on Nov. 21. I don’t know if that’s the best idea in the world, but I give Whyte points for cajones.

“Dillian Whyte will need better sparring partners ahead of the Povetkin rematch,” Bellew told the hosts, whose show also runs on DAZN.

And finally, what about that juicy offering Oct. 17, Teofimo Lopez versus Vasiliy Lomachenko, the young gunner versus the massively seasoned lightweight craftsman?

“Lopez and Terence Crawford are the only fighters with a chance to beat Vasiliy Lomachenko,” said Bellew, a pro from 2007-2018. “The only way Teofimo can beat him is to dictate the pace. Lomachenko is the best fighter I’ve seen since a prime Roy Jones Jr.”

Bellew offers up more prime nuggets. You can hear the entire chat Tuesday on SiriusXM or DAZN.