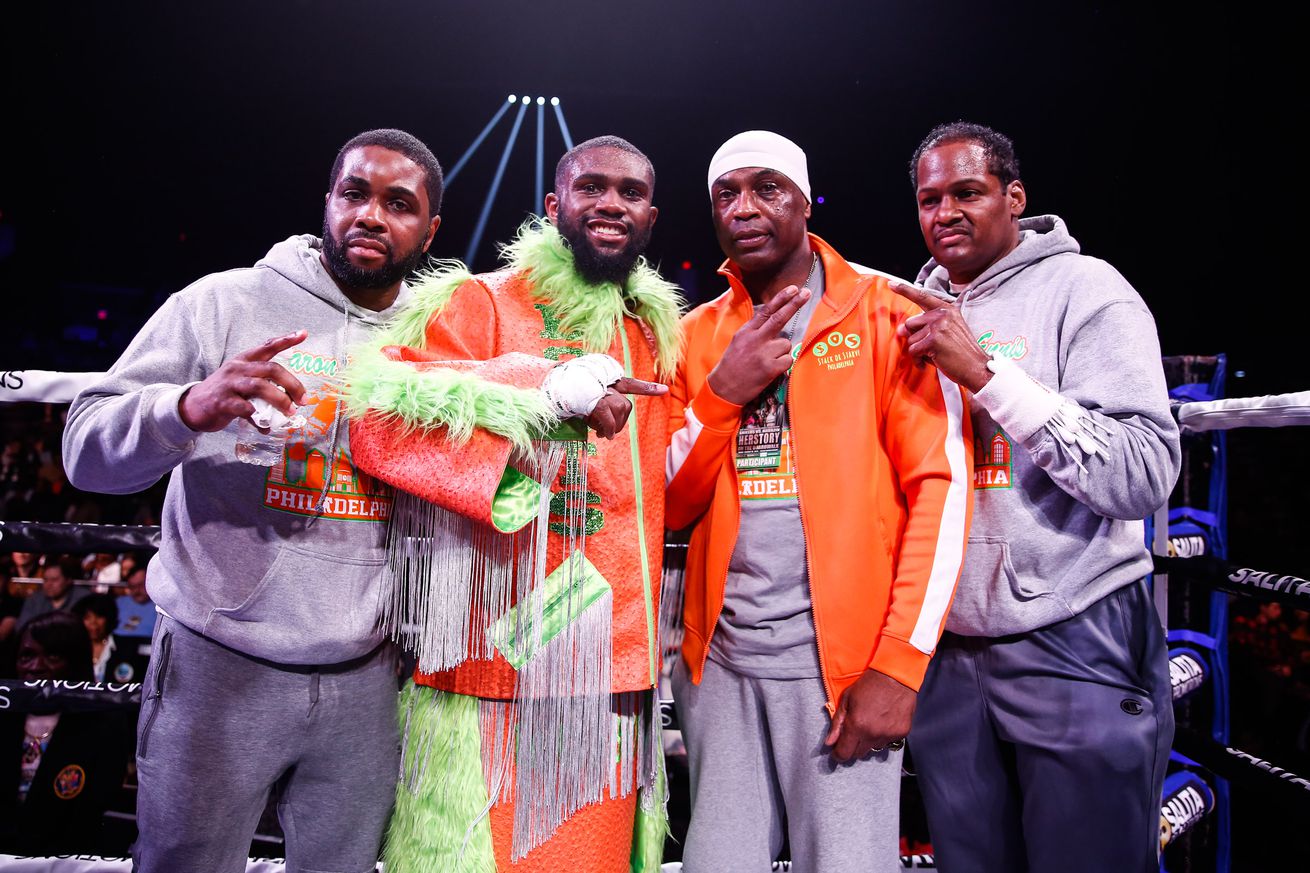 “Boots” will face Juan Carlos Abreu in his return to the ring.

Top welterweight prospect Jaron “Boots” Ennis has an opponent set for his Sept. 19 return to the ring, which will open the Lubin-Gausha card on Showtime Championship Boxing.

The 23-year-old Ennis, a Philly native, will be facing veteran Juan Carlos Abreu of the Dominican Republic in a 10-round bout.

Ennis (25-0, 23 KO) has had his development stalled just a bit with promotional issues outside of the ring, but is now active and looking to make his mark quickly at 147 pounds. He’s been a highlight reel thus far as a pro, including his January thrashing of Bakhtiyar Eyubov, whom he stopped in the fourth round. At 23, the sky seems to be the limit for Ennis, who has wowed veteran boxing people and fans alike with his performances and obvious skills.

The 33-year-old Abreu (23-5-1, 21 KO) maybe isn’t a huge step up in terms of competition, but while he’s generally lost to his better opponents, including Jamal James, Egidijus Kavaliauskas, and Alexander Besputin, he’s also never been stopped. It will be a test for Ennis to see if he can get the survivor out inside the distance.

Ennis is confident his power will be unlike the power Abreu has seen to date.

“I’m getting better every single day, sharper every single day, and smarter every single day during training camp,” said Ennis. “I don’t know much about my opponent, but not too many guys have been able to withstand my power and I don’t expect this to be any different. I’m just focused on myself, preparing so I can go into the ring, have fun, look phenomenal for everybody tuning in on Showtime and come out victorious.”

Abreu, for his part, fully respects the younger man’s abilties and potential, but also believes his veteran savvy will play a role in the fight.

“Jaron Ennis is a great contender with good boxing IQ, speed and decent power, but this is not my first rodeo,” said Abreu. “I have fought first-class opposition and I would like to dance some good Merengue with him. I am having a great camp and I am excited and motivated by this opportunity. It is clear to me that this is a do-or-die fight for me, and therefore, come Sept. 19, I am preparing mentally and physically to leave everything in that ring.”