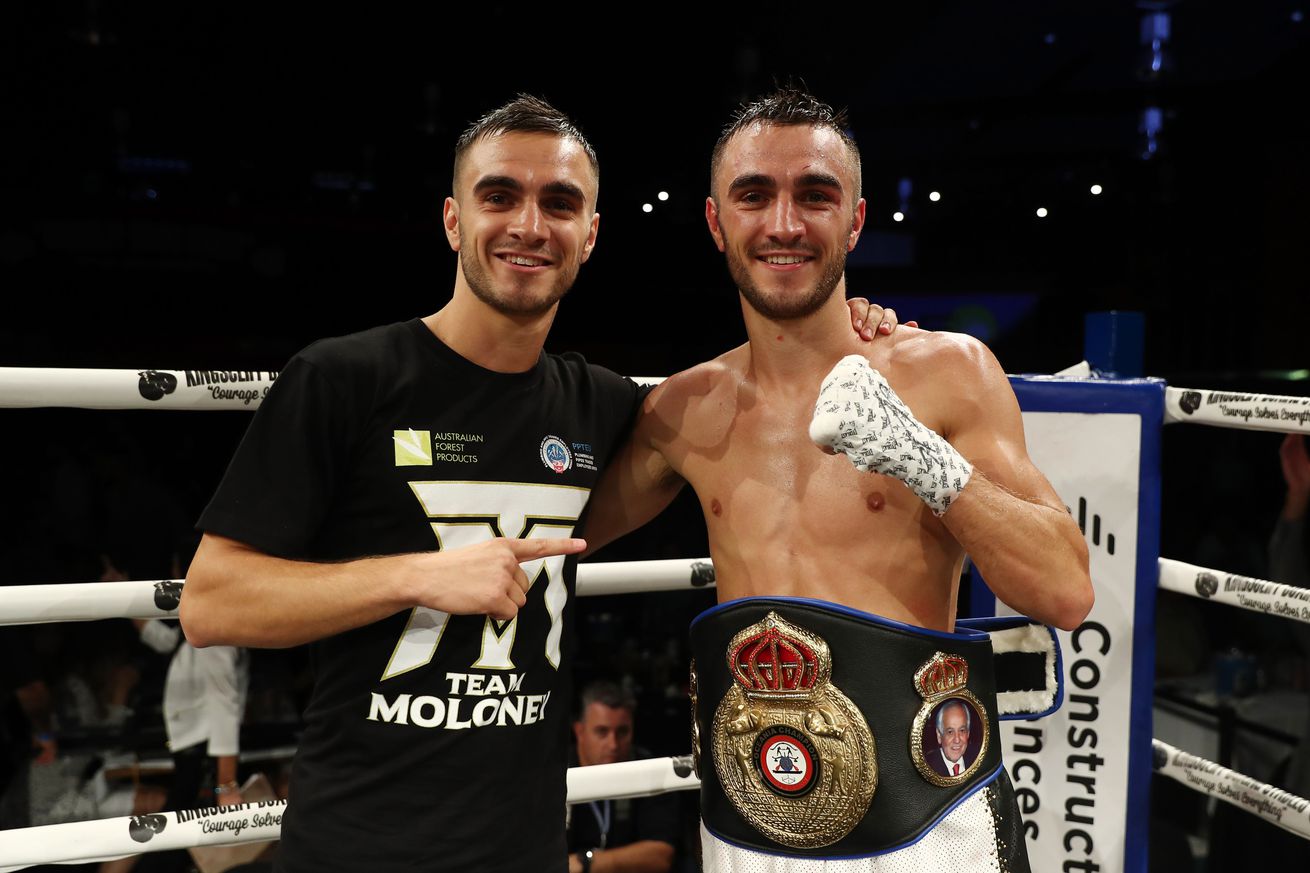 The twin contenders at super flyweight and bantamweight are now with Top Rank.

Remember the other day when we posted that Andrew and Jason Moloney were set to fight on June 15 in Australia, and that it could be their last domestic fights for a while?

Well, there was big news today, as the twin contenders have signed with Top Rank.

“I am personally very thrilled that we have signed the Moloney twins,” said Top Rank promoter Bob Arum. “They are two very talented youngsters who are destined for great things.”

“This is a dream come true to sign with the biggest and best promotional company in world boxing,” said Andrew. “I am now more motivated than ever. Top Rank has built so many great champions over the years. I will continue working hard every day to make sure I am the next one.”

“With the great team of people I have around me, and now the addition of the best promotional company in the world, I really think the sky is the limit,” Jason said. “This is the start of something very special.”

Andrew (19-0, 12 KO) is a super flyweight contender, and would be a terrific opponent for IBF titleholder Jerwin Ancajas, who is also with Top Rank. The IBF have him rated as the No. 6 contender (there is no No. 1 or No. 2), for what it’s worth.

Jason (18-1, 15 KO) is a bantamweight contender, his only loss coming via split decision to IBF titleholder Emmanuel Rodriguez last October in the World Boxing Super Series.

The 28-year-old brothers are a terrific addition for Top Rank, who also looked to Australia recently with the signing of former Olympian Daniel Lewis.

As for their June 15 fights, Andrew still has no opponent, but Jason is now listed as facing Mexico’s Cesar Ramirez (18-3-1, 11 KO) in Tweed Heads.