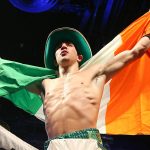 In an expected decision, Top Rank announced Thursday that the promotional company’s boxing cards slated for Saturday night and Tuesday night at Madison Square Garden’s Hulu Theater will take place without fans in wake of the coronavirus pandemic.

The only people that will be allowed in the arena, other than the fighters, are essential production and support staff, team members, and credentialed media. However, it remains possible that both cards will be canceled, but that decision lays in the hands of the state of New York, which has the final say.

Bob Arum, Top Rank’s founder and chairman, told The Ring on Thursday morning that a contingency plan is also in order for the upcoming bantamweight world title unification fight between Japan’s Naoya Inoue and the Philippines’ John Riel Casimero set for April 25 at Mandalay Bay in Las Vegas. That bout is still expected to take place, but if COVID-19, which has killed more than 4,756 and infected over 130,305 people globally as of 4 a.m Thursday morning, continues to proliferate, the same process will follow.

“The fight isn’t until April 25, so time is on our side,” Arum said. “We’re not going to make any decisions right now.

“Then we will move the fight to a studio,” Arum continued. “No fans will be allowed, but a select number of media will be permitted.”

The post Top Rank’s March 14 and 17 cards in New York to take place without fans appeared first on The Ring.