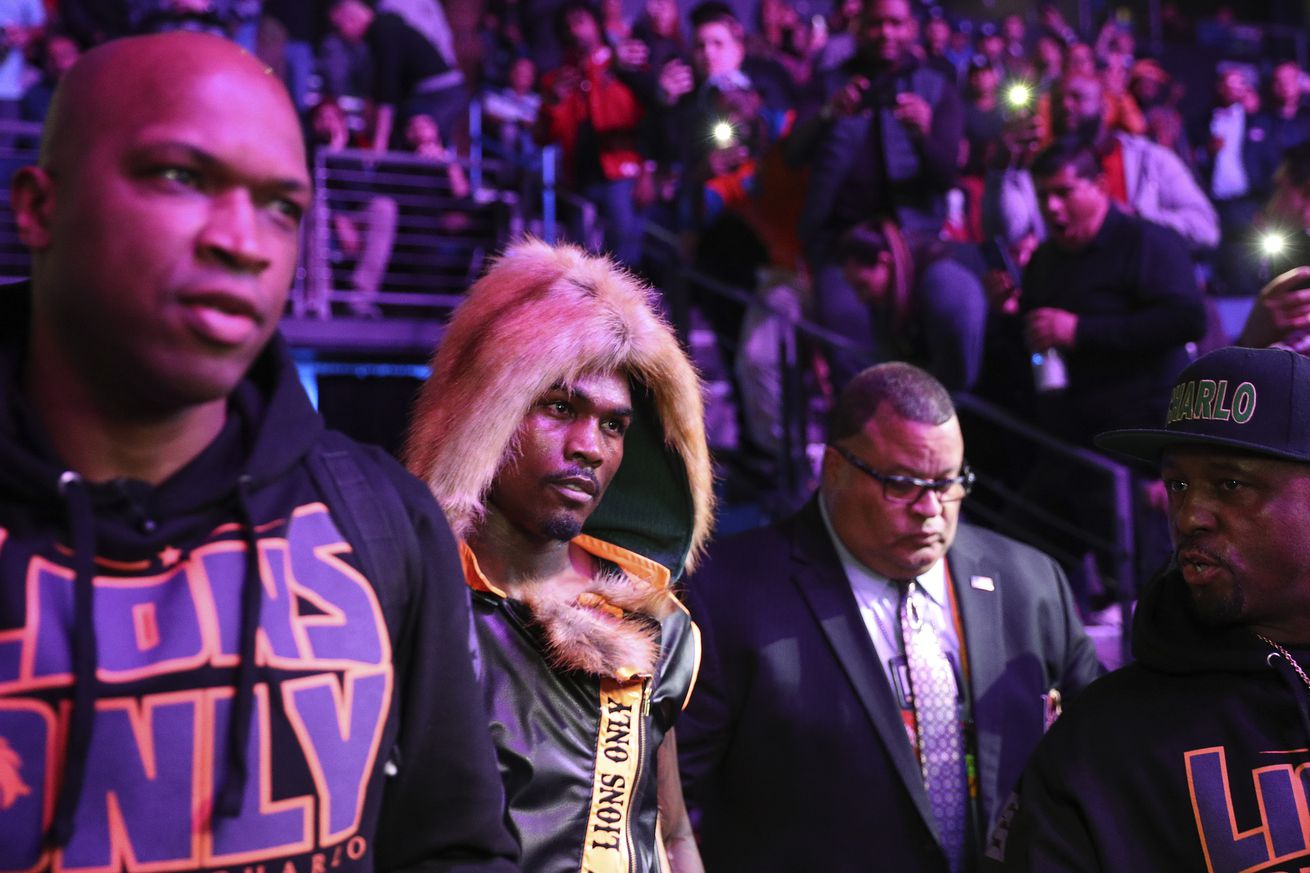 Jermell Charlo took back the WBC 154-pound title in the headline fight of an action-packed card on FOX.

History is the best predictor of the future, we sometimes remember. Other times, we are so focused on the hubbub of the here and now, that we forget.

I think some fans and pundits and Tony Harrison himself didn’t have that in mind in the home stretch of his WBC 154-pound title defense in California against Jermell Charlo on Saturday evening.

The PBC main event and the two televised support bouts, promoted by Tom Brown, featured ample excitement and twists and turns, and was the sort of fare that gains new eyeballs to the sport, and grows the fan base. That was one takeaway for me, and here is an assembly of other takeaways from this Saturday night at the fights.

Did you see how bummed the Detroit fighter Harrison was after getting stopped in round 11 in Ontario? We wonder, did he have flashbacks to the other two times he was stopped out as a pro?

The second half and final third of bouts are especially precarious times for Tony, who can’t be called “chinny,” exactly, but who doesn’t possess a near-impregnable chin.

Against Willie Nelson in 2015, Tony was having his moments, putting slick combos together, ripping those hooks to the body, looking like his tank was full enough for the last portion. Then he got caught, synapses scrambled, and stopped.

A right hook, left hand, right to the skull, down went Tony and he beat the count, but was stumbling. The ref waved it off.

In 2017, Tony was in it, hand speed still decent, then a sharp right landed, and scrambled his senses against Jarrett Hurd in round nine of a 12-rounder. He went down, flat on his back, beat the count, but didn’t recover. His mouthpiece slipped out and the ref said no mas.

And on Saturday, no, Tony was not hot-dogging. He was focused, but he go caught and dropped in the 11th. He beat the count. Up again, Charlo looked to finish, trapped him on the ropes, hammered away for another knockdown. It could have been halted then. But tough Tony rose and fought on, full credit to him for immense heart. He was still defending OK, caught again on the ropes, but better to be safe than sorry, and the ref said no mas.

The historical record says get Harrison into the late rounds, and his susceptibility to being hurt rises. Is it stamina? Maybe so, but it’s not like his output falls off a cliff. Lesson learned, though, for future foes: Tony in the late innings is diminished.

Lesson learned for Tony? Not sure; it’s not like he gets clowning and gets tagged with silly stuff. It will be up to him and his father/trainer and whomever else to try and shore up that exploitable hole.

IN TOUGH IS THE STUFF

I heard and saw fanagers and fauxmoters busting on the matchmaking for the Karlos Balderas bout. The 9-0 prospect got paired with 13-1 Mexican Rene Tellez Giron. This was the first TV match, no showcase. But the critics sniped after Giron showed he’s no B-sider, and stopped Balderas. Critics can STFU; the matchmaker for PBC did a solid. This was fan-friendly action, provided ample drama, and got the production off to a rollicking start. Props to the matchmaker, and now we will see what Balderas is more so made of.

Better to know now, rather than get an easier ride to a title shot. Analyst Lennox Lewis even sniped, saying the matchmaking was too tough for the favorite. Wrong, big guy. You are thinking like Balderas’ manager, instead of understanding how boxing needs to operate. You get a TV slot, no showcase for you. Then again, I disagree with Lewis a lot; I did so when he worked at HBO, and now in that FOX slot.

I want Iago Kiladze with me in that dark alley, in that dingy part of town, while running a shady errand. The heavyweight has an iffy chin, he’s now been stopped five times in his five losses.

On Saturday, Iago faced prospect — he’s still a prospect, not yet ready for contender status — Efe Ajagba, and he was on tequila legs in round three. But he kept rumbling and sent Ajagba to the mat right after he was in such a state the ref could have halted the tussle. Theater of the unexpected, indeed.

Note: Please, Team Kiladze, get your man MRIs to make sure his brain is well enough to keep at it.

That said, I often need that reminder that this is the life these guys choose, and when I yell at the screen, “Stop the fight,” not infrequently do the warriors prove that the ref wasn’t wrong to let them continue to play the dark trade.

He will fight again, this year, no more than eight months after his death-defying ejection from his sports car in Dallas, after a night of partying. (See Spence’s first Tweet since the accident below.)

I feel like Brian Kenny works for the D.A.

I thought so, anyway. Some of you all thought he sounded slurry. I think he’s always had a country drawl. Regardless, here’s my right way to take it: you gotta be happy for Errol’s daughters that daddy is still around to be in their lives. Everything else is gravy.

Note: I messaged Top Rank’s Bob Arum, asked him what he thought of Spence’s appearance, didn’t hear back.

Pure props to Harrison and Jermell; they talked a helluva game, and their actions proved as loud as their words. Great action fight, two times better than their first foray one year ago. And Jermell, props to him, at the post-fight presser, he kept it classy, calling Harrison a funny dude and giving him compliments for his skill set.

What were your takeaways, readers?