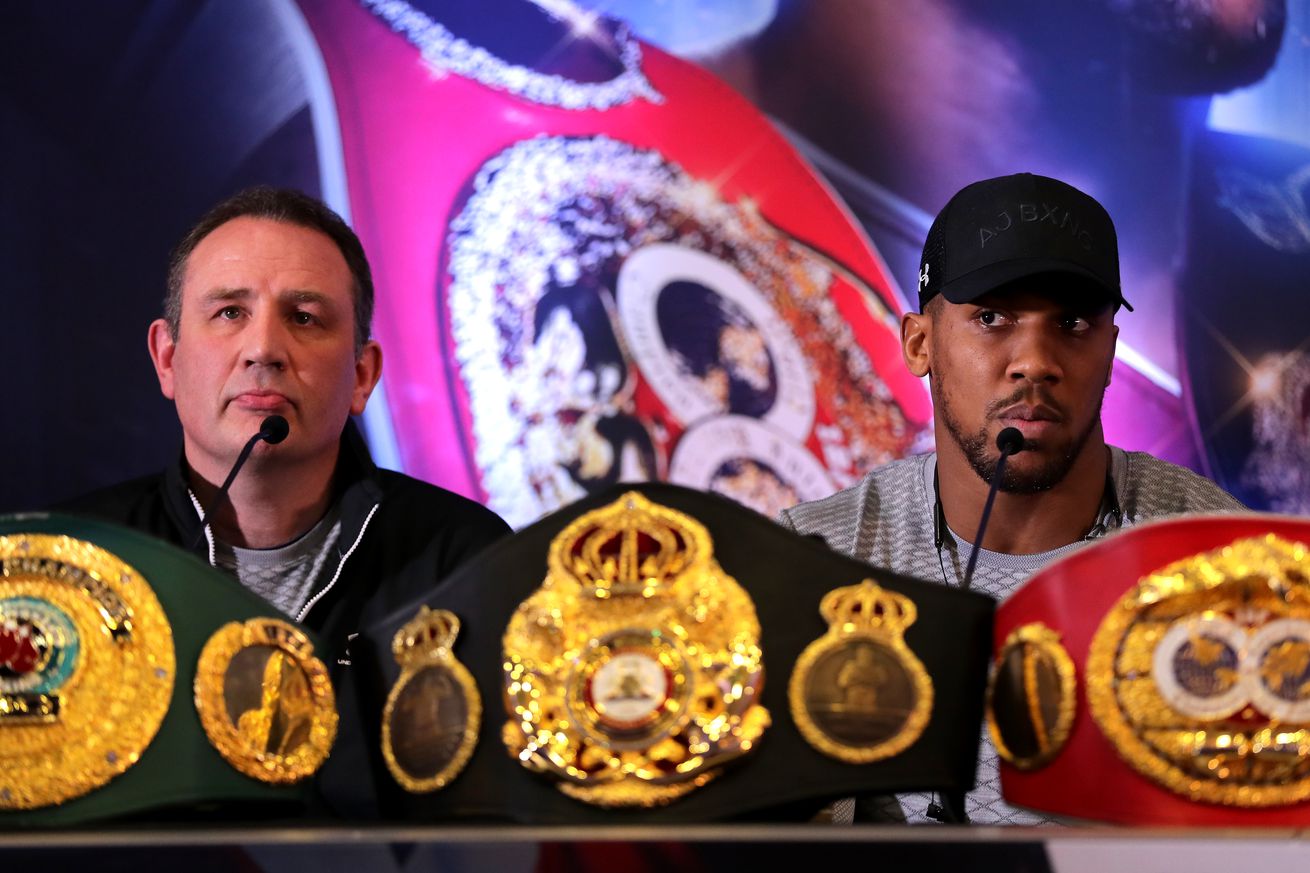 The trainer’s admission is something he probably should’ve kept to himself.

In an interview with the BBC, Anthony Joshua’s trainer Rob McCraken admits that he was aware that his fighter was concussed in the third round of his title defense against Andy Ruiz in June but that he simply tried to bide time to see if Joshua might snap out of it and recover before he ultimately got stopped.

“I know him better than all these experts who virtually don’t know him or have met him once or twice. I knew he was concussed and I’m trying to get him through a few more rounds, one round at a time. To see where he’s at,” McCracken said to the BBC.

“‘Can he recover? Can he get back into this?’ But he was glazy-eyed from when he got caught with that initial shot in round three and he carried that with him up until the end.”

McCraken would continue to say it was a nightmare situation with Joshua asking him in the corner why he was feeling out of sorts. McCracken apparently knew why, but hoped for the best, even though he’s fully aware this is a deadly sport.

Since McCracken’s recent admission he’s come under some fire, with folks pointing out that if he knew Joshua suffered a concussion in the third round than he shouldn’t have sent him back out there to continue fighting. This will naturally be a touchy subject, however, balancing the line between giving your guy a fighting chance and protecting him.

These optics clearly aren’t good, though — acknowledging that you were aware your fighter was severely compromised with a head injury but didn’t intervene to do anything about it. And given the recent tragedies we’ve seen occur in the sport stemming from brain injuries, this latest revelation will likely only pose more questions than it answers.