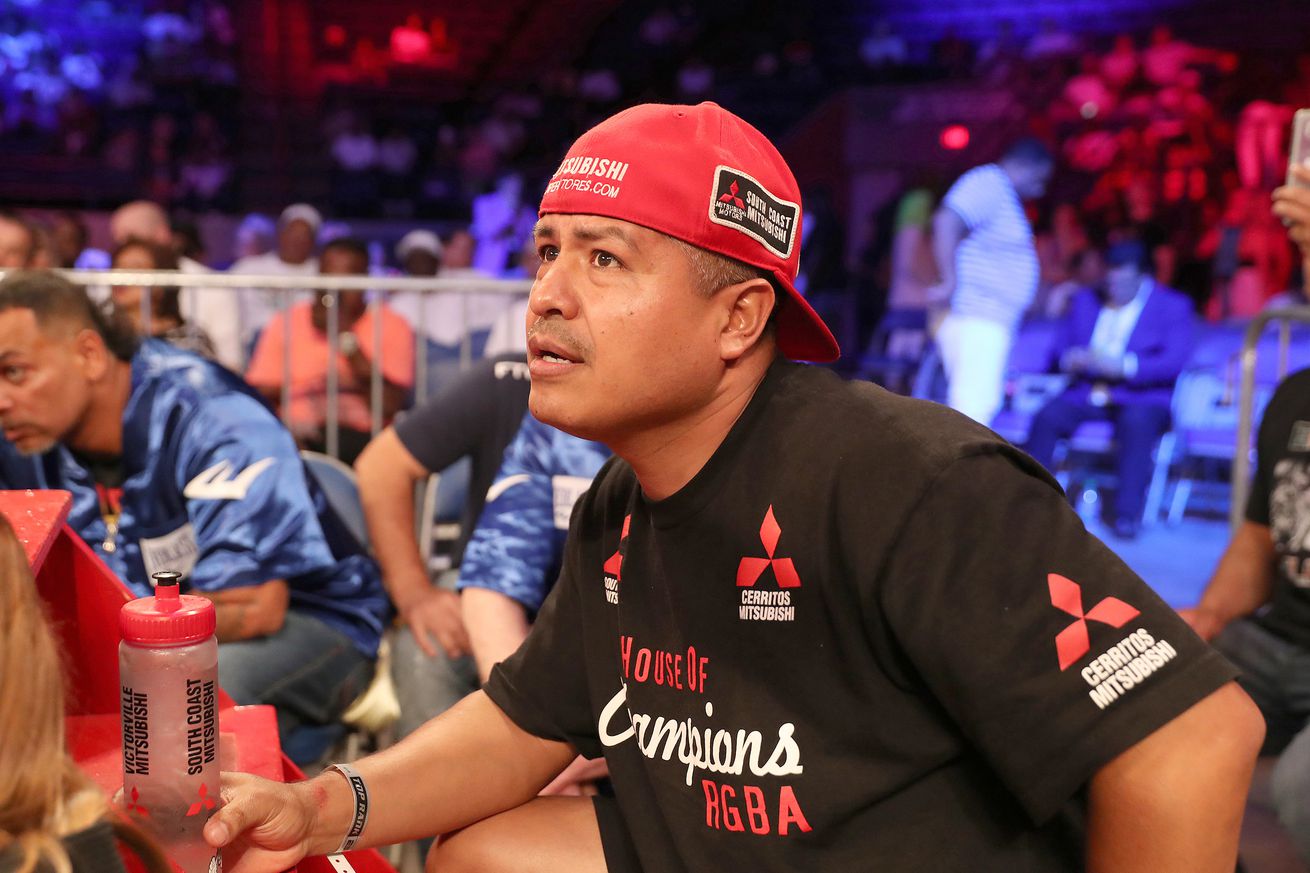 The veteran of the fight game sees no way around it without fans and gate money.

A-grade trainer Robert Garcia is based in California and, like most of us, he’s been doing the social distancing thing.

“The world has changed,” he told Ak and Barak on SiriusXM, and yes, he admitted, he’s chowing hard. Join the club, man.

The fighting family man said that he actually is liking some elements of the lockdown, because he’s spending more time with the wife and kids. They cook together, he’s teaching them life skills, and he’s teaching his 12-year-old some one-twos and such.

The 45-year-old tutor said that he’s given his fighters loans when they’ve been strapped, and maybe haven’t fought in 4-5 months. Most of his fighters are doing OK, he said, but if this goes on for three or four more months, then it’ll be bad.

“Very few trainers have those type of fighters,” the ones who draw big bucks, so yes, trainers feel the pinch, too.

“We’re gonna have to learn, boxing’s gonna change, especially with the purses,” he said.

The 2012 BWAA Trainer of the Year thinks we’ll get back “to normal,” and the checks are going to shrink. Yes, he chuckled, when it was pointed out that his own bro, Mikey, has been making out-sized chunks.

Garcia said that with no crowds, no fans ponying up, the economics of the game will likely change. “We’re gonna see it in the next few months,” he predicted.

The subject of training came up. He sent everyone home, because his guys usually cluster at the Garcia gym, so some guys are training at home. He said he’s touching base with the fellas, making sure they are keeping sharp during lockdown.

“That’s the only fight I really want for Mikey,” he said, though he thinks Mikey is better suited for 140 rather than 147. Mikey had a one-fight deal with Eddie Hearn, but if Hearn can bring Pacman to the table, Robert thinks Mikey will take it.

The Oxnard resident was also asked about the alleged tooth that Marcos Maidana is showing off, claiming it is a tooth belonging to Floyd Mayweather.

The hitter said that he smacked Money and then came in possession of the tooth that came out. Garcia is of the mind that Maidana is probably joshing, making some noise, and maybe trying to lure Mayweather into a third bout.

Question for you all: do you think that there will be a new reality regarding purses when live fights return? Talk to me, in comments section.