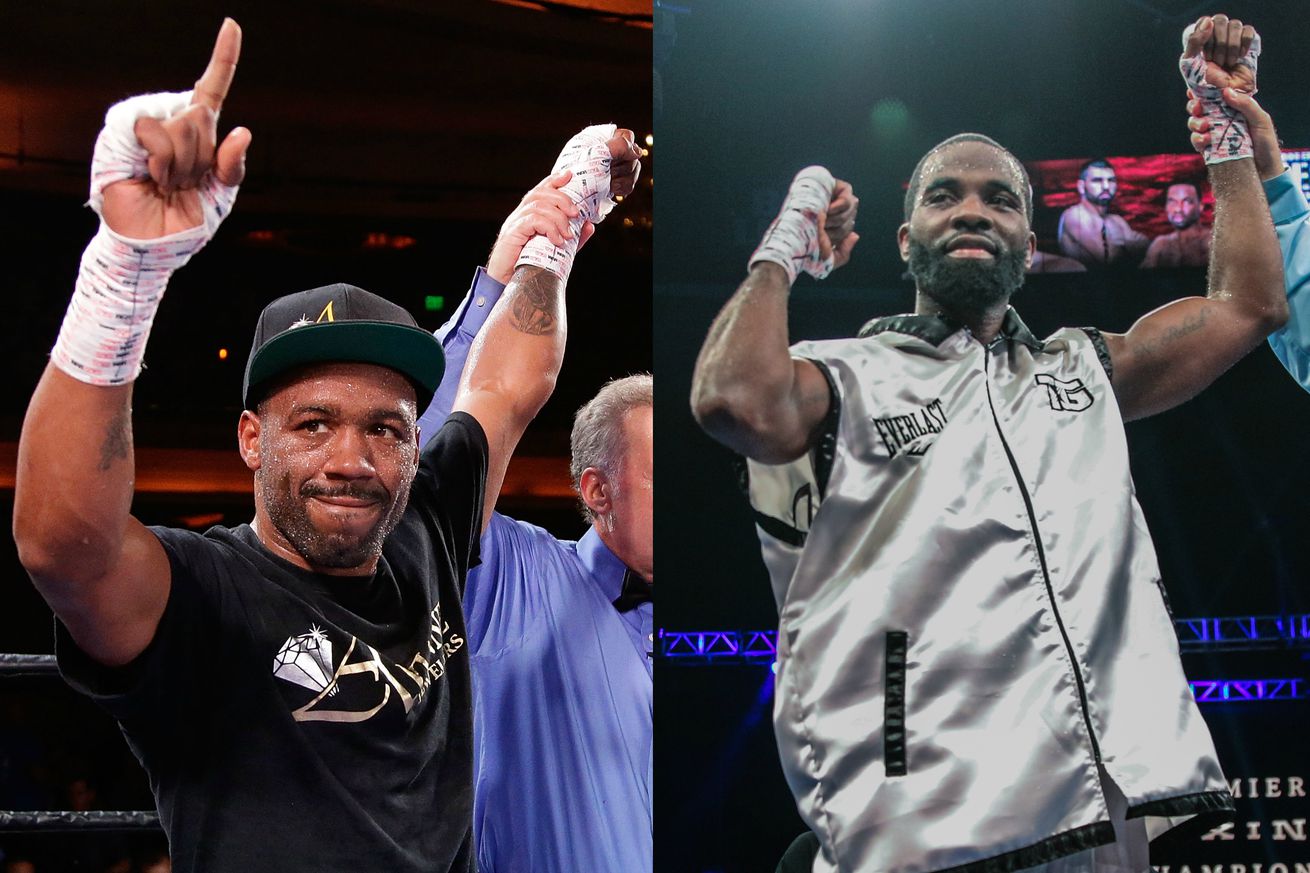 Austin Trout and Terrell Gausha meet in a pivotal fight for both men tomorrow night on FS1, with the former titleholder Trout looking to stay in the top 10 at 154 and the former Olympian Gausha looking to make his own case to be included.

Gausha is actually a lot like Jamel Herring, his 2012 U.S. Olympic teammate — both turned pro a little old with seemingly low ceilings, built up unbeaten records against less-than great opposition, and then got outclassed in their first steps up. But something about Herring to me just screams “hunger” and something about Gausha doesn’t. Not them as human beings, as I don’t goddamn know them and I’m not pretending to, I just mean when I watch them fight.

Gausha’s one really notable fight was a lackluster loss to Erislandy Lara in 2017. Trout’s faced the better competition; outside of Miguel Cotto, he’s lost to those guys (Canelo, Lara, Hurd, both Charlos), but he’s usually made things competitive. Only Lara, a fellow southpaw technician who was a style nightmare for Trout, really blew him out over the distance. Hurd did stop Trout, but “No Doubt” had success in that fight, too. But I’m going with Gausha here — I think Trout’s time as a top-level gatekeeper is coming to an end, and he’s going to be left at regular gatekeeper from here on. I still don’t see Gausha as any threat to the real top guys at 154, but I think he edges this one, maybe with some controversy. Gausha UD-12

The first time I paid Terrell Gausha any attention I was thoroughly unimpressed with his performance against Erislandy Lara. And I’m sure some of you are thinking, “Well of course it’s hard to look good against Lara,” but I was actually just disappointed with his effort in that fight. And then on the other hand there’s Trout, a 33-year-old who’s lost three of his last four fights. So, yeah, Scott’s really gone ‘no vaseline’ on me by asking for a pick here. Bottom line: Trout’s a more proven fighter at a higher level, even in his five losses. He’s dropped decisions to both Charlo brothers, Lara, and Canelo, but was only stopped by Hurd. And quite frankly, I think all of those fighters are much better than Gausha.

Trout’s also just a better technical fighter than Gausha, sporting an effective jab that he’ll probably use to score plenty while Gausha is covering up, which is just part of Gausha’s style. So unless Trout is completely ruined, this is exactly the kind of style match up he needs to get back in the win column. Trout UD-12

One of my great pleasures as a combat sports fan is when things go pear-shaped for the powers-that-be, so Trout’s been in my good graces since temporarily scuttling Canelo-Cotto. Even taking into account personal biases, though, I still believe he’s a quality super welterweight despite being a step behind the true elites.

Gausha isn’t bad, per se, but he’s had 22 fights to show that he’s more than just a member of the least successful U.S. Olympic boxing team in history. Beyond having less mileage on him than “No Doubt,” nothing appears to be going his way; he’s not winning a technical boxing match with Trout and doesn’t have the power Canelo and Hurd used to bridge the gap. Trout should take a comfortable decision in the 9-3/8-4 range, albeit one that’s short on highlights. Trout UD-12

“I’m smarter and faster than the young boys; I don’t feel old at all at 33”. Austin Trout has No Doubt that he will return to the top of the 157-pound division, and having partnered up with Floyd Mayweather Sr. during this camp, the southpaw is looking to build towards an opportunity to make it five-times lucky in regaining a world title.

Gausha’s one defeat in the pros has come against Erislandy Lara who, as a southpaw, had him down in the fight where he was caught with a few awkward punches. Whether this style is kryptonite to Gausha is yet to be seen. Trout’s movement in out of the pocket on the balls of his feet enable him to glide into opportunities to deliver thundering left hooks to the liver. If Gausha overreaches with his right hand, Trout will be there to punish in style. A loss leaves either scratching their head at super welterweight. Trout SD-12

Bad Left Hook will have live coverage of Trout vs Gausha at 8 pm ET on FS1, with prelim coverage starting at 6 pm ET on FS2