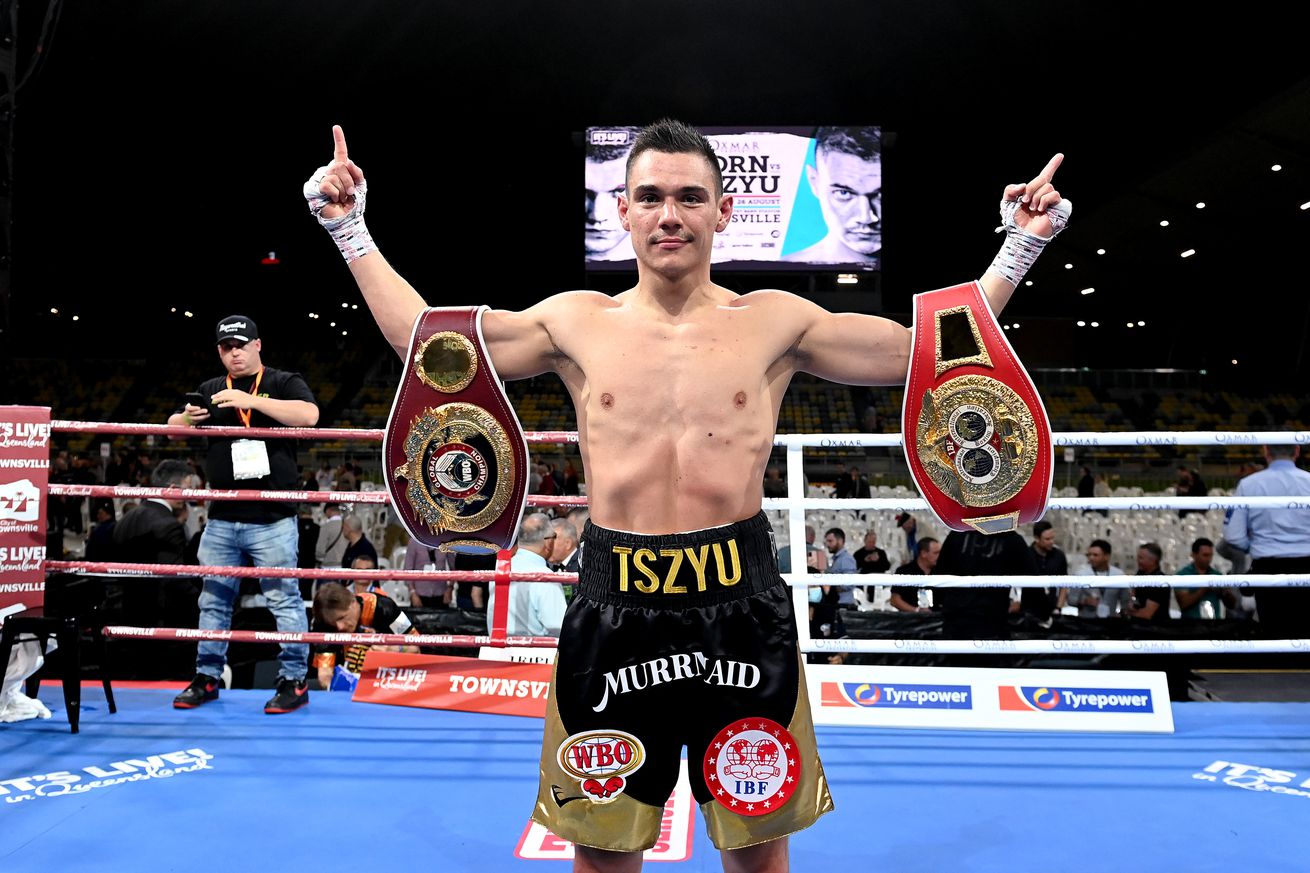 Tszyu’s team had raised the possibility of challenging Patrick Teixeira, but were rebuffed by th eWBO

Following his career-best demolition of Jeff Horn, Tim Tszyu’s team raised the possibility of challenging Patrick Teixeira for the WBO super welterweight title. The WBO ended up putting the kibosh on that, and Fox Sports Australia now reports that Tszyu will instead face Bowyn Morgan in his return to the ring. The date and venue will be announced “soon.”

New Zealand’s Morgan (21-1, 11 KO), who lost a controversial decision to Scott Fitzgerald at the 2014 Commonwealth Games, is 14-0 since a 2016 loss to Kris George. None of those 14 wins came against anyone of note, making this more of a stay-busy fight for Tszyu (16-0, 12 KO) than anything resembling a step up or even sideways in competition.

Tszyu is presently ranked in all four sanctioning bodies’ top 10s, including a #2 spot with the WBO. Let’s hope that they don’t keep him treading water like this for long.