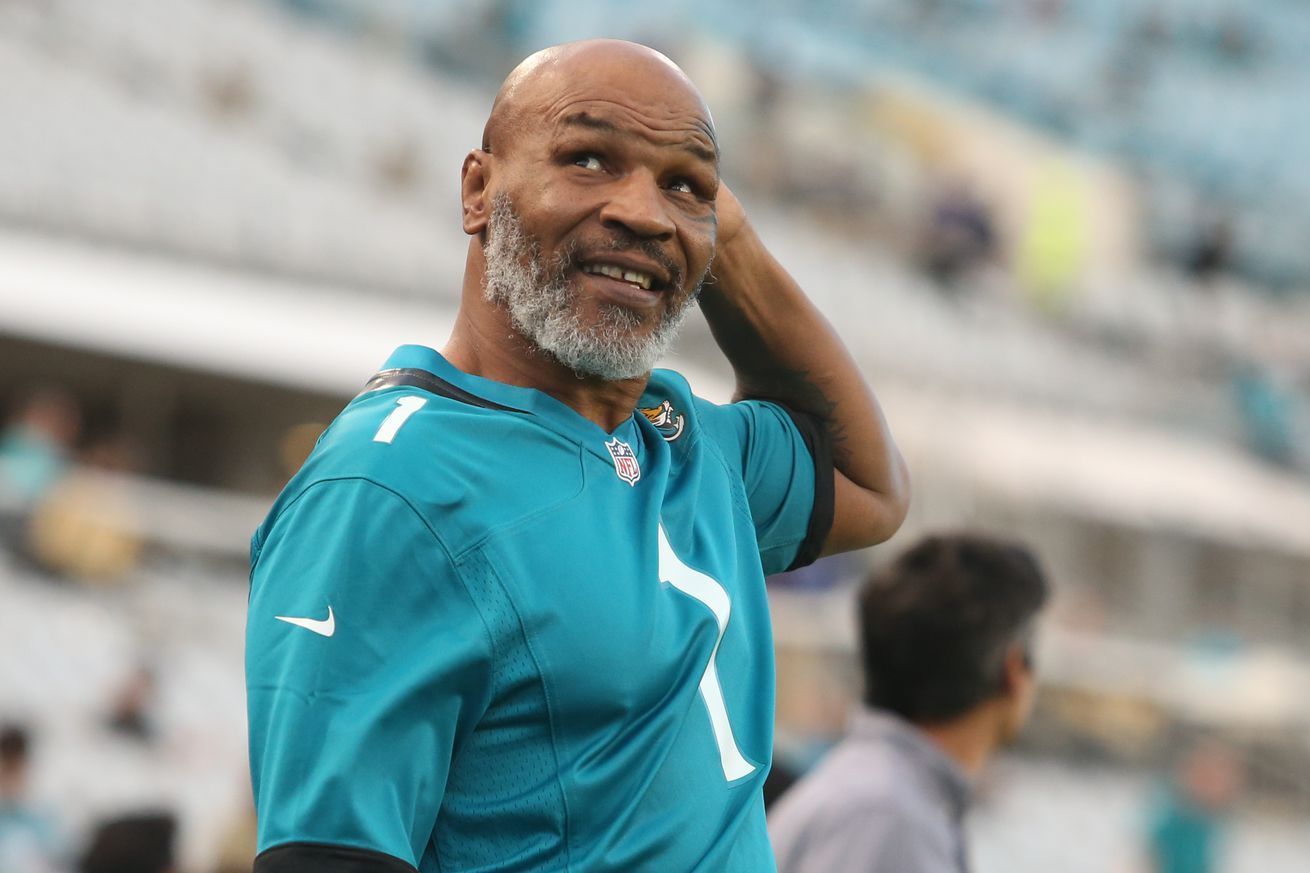 The chatter about a return for Iron Mike just keeps going.

Veteran boxing promoter Jimmy Burchfield Sr doesn’t have the biggest offer for Mike Tyson to fight again that we’ve seen, but he has what he thinks is the most legitimate.

Tyson, as you surely know by now, has been the biggest star in boxing during the COVID-19 lockdown period, announcing intentions to do exhibition fights, going viral with training videos, looking in great shape at 53, etc.

And Tyson has used this burst of notoriety to get some money out of All Elite Wrestling (AEW), the upstart WWE competitor. Tyson appeared at their pay-per-view event this past Saturday, and returned for a bigger role on their weekly Wednesday night show.

BKFC are reportedly prepared to offer over $20 million for Tyson’s services. They admit he flat turned down a $20 million offer previously.

Burchfield and CES Boxing are offering Tyson $1 million for a straight up boxing return, not an exhibition, not bare knuckle. If $20 million can’t get Mike into bare knuckle, I don’t know why $1 million would get him back into boxing, but Burchfield laid out his idea, which would be a fight against Joe Cusumano, whom they’re calling “Italian heavyweight Juiseppe Angelo Cusumano” in the press release.

Cusumano is a 32-year-old from Danville, Virginia; his given name is Juiseppe, and I’m sure his middle name really is Angelo, mind you. You can read more about Cusumano here, in a 2017 story from a local publication.

“If Mike Tyson is serious about making a comebackwe’re prepared to make him a legitimate offer to fight Cusumano in a 6 or 8-round fight, whichever Mike chooses. After three months of the COVID-19 pandemic, boxing fans are hungry to watch real fights, not exhibitions. Tyson is a boxer and a damn good one at that! He’s not a bare-knuckle fighter or wrestler. A real boxing match is what we’re interested in promoting!”

Tyson (50-6, 44 KO) is, of course, 53 years old and hasn’t fought for real since 2005. We’re talking 15 years here, and Mike lost to Kevin McBride, who was sort of a Joe Cusumano type. Though Tyson is by all accounts in a much better place mentally than he was then — and relatively, maybe even physically — it’s hard to imagine he’s actually better at boxing.

“Cusumano will be a true gauge for Tyson’s first fight in 15 years,” Burchfield added. “This is a fight boxing fans want to see, not an exhibition, because it will let everyone know exactly where he’s at today and whether or not he can truly challenge a Fury, Joshua, or Wilder. We’re ready to negotiate in good faith right now.”

The answer to whether or not a middle-aged Tyson, who couldn’t last against Kevin McBride 15 years ago, can now compete with Tyson Fury, Anthony Joshua, or Deontay Wilder seems pretty obvious. To be blunt, the only people who really might think he can don’t, in the words of the late Roger Mayweather, know shit about boxing.

Burchfield knows the answer to the ridiculous questions of Tyson competing at an elite tier anymore, but he’s a promoter who would obviously love the chance to promote a Mike Tyson comeback fight, which would be huge, despite simple logic making it obvious how bad an idea it would be.

There is a legitimate question of whether or not Tyson could actually beat even Cusumano (18-3, 16 KO), who — with respect to him — is a club fighter, just as McBride was.

But yes, Burchfield and CES would love to do it, and you can’t really blame them for taking the swing. As has been noted, boxing promoters who don’t have the big TV contracts are going to hurt longer and harder than your Top Ranks or Matchrooms or Golden Boys due to the COVID-19 lockdown.