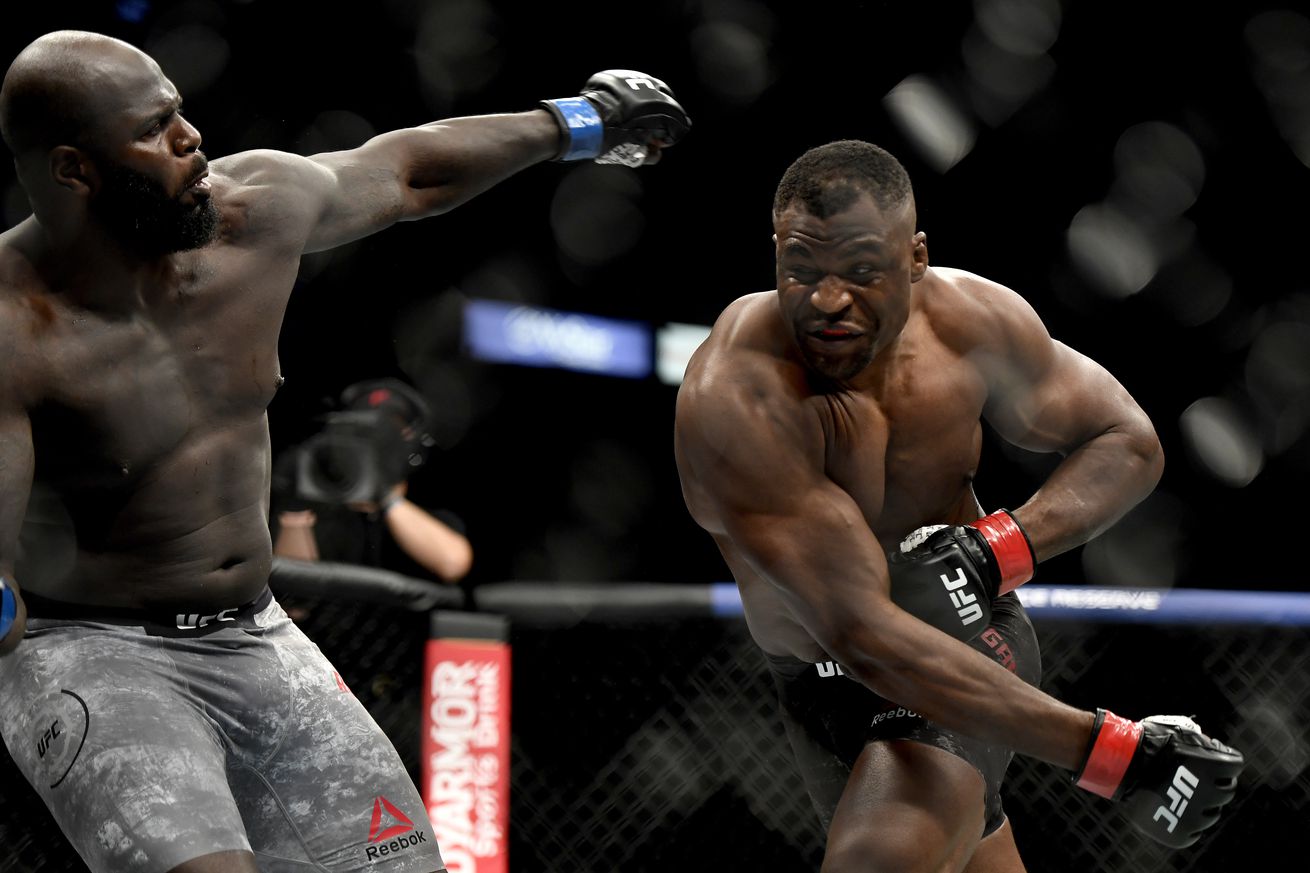 The UFC star is confident in his power, and says he’s open to boxing.

UFC heavyweight contender Francis Ngannou is known for his punching power, and the Cameroonian-French banger’s name has been connected to a possible boxing move recently, chiefly as a result of Dillian Whyte.

Shortly after Ngannou knocked out Jairzinho Rozenstruik in 20 seconds at UFC 249, Whyte sat down for a video interview with Eddie Hearn and Tony Bellew to talk about Ngannou, among other topics.

Whyte said he’d be willing to do MMA, which he’s done once before in his younger days, at a much lower level than UFC. And he doubted that Ngannou or any other UFC heavyweight would try to stand with him.

Ngannou, though, says it wouldn’t have to be an MMA fight, he’d be willing to come to boxing and trade on his punch and boxing skills alone.

“Yes, I would have a boxing match,” he told Sky Sports. “Whoever is possible and whenever is possible. The top heavyweights. I am always confident in my power. I have no doubts with my power.”

He also either took a jab at Whyte or admitted that he didn’t know who he was before he was sent articles about Whyte’s recent comments. Ngannou would, as is understandable, be most interested in facing Tyson Fury or Anthony Joshua, it sounds like. After all, if you’re going to take the crazy chance, might as well go for the gusto.

It seems unlikely Ngannou, 33, would make the boxing move any time soon, though. There’s an idea to have him face Jon Jones, which would be a really big and intriguing fight for UFC.