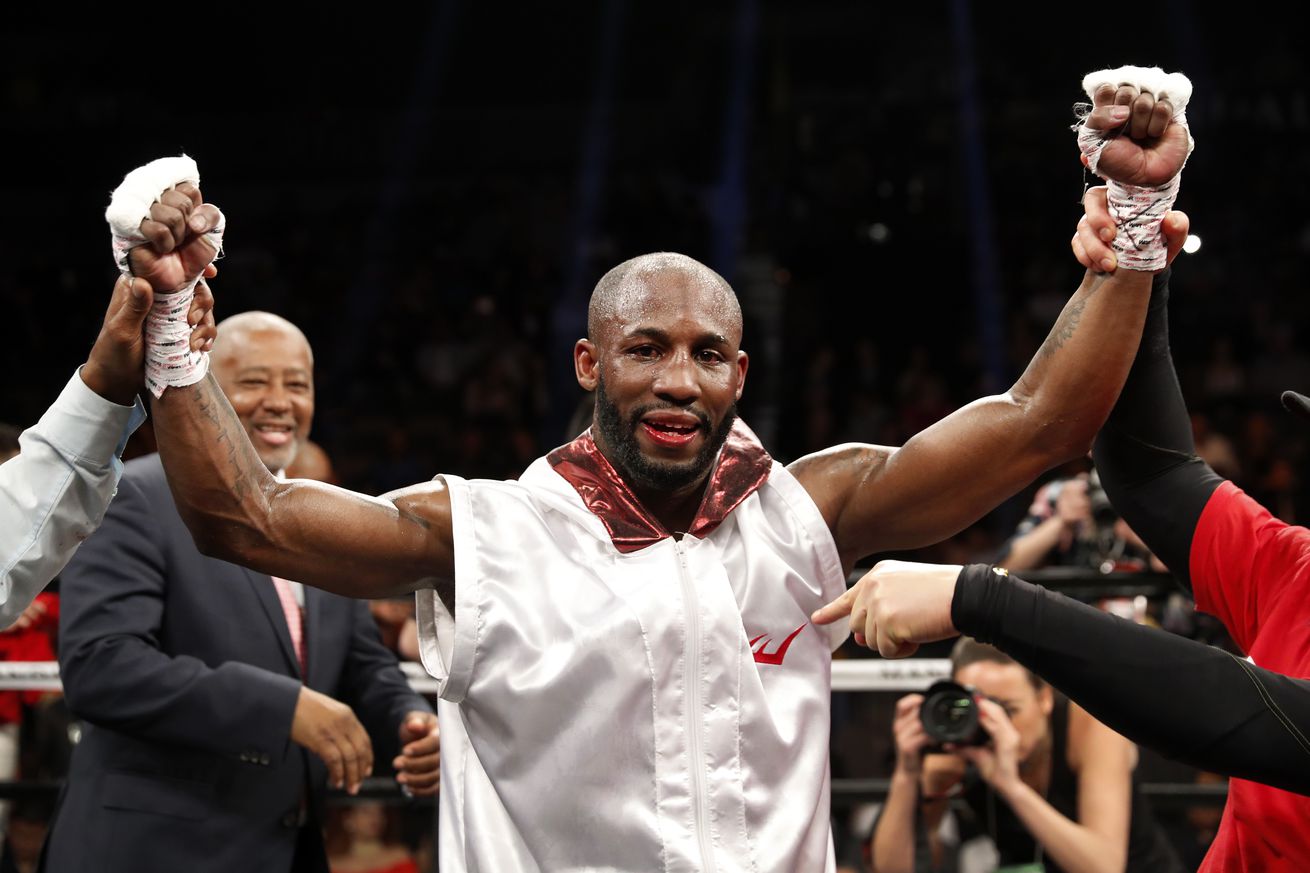 Yordenis Ugas feels he should be WBC champion, and says he proved he can fight with the best.

Yordenis Ugas came up on the short end of a highly controversial split decision on Saturday, losing to WBC welterweight titleholder Shawn Porter in a PBC on FOX main event.

Porter, of course, defended the decision, and says he feels he won the majority of the rounds in the fight. And Ugas, also of course, feels flat-out that he was robbed by two of the three judges:

“There’s no doubt about it, I was robbed tonight. After the first round I figured him out and dominated the fight. He had no answer when I was pushing him back. I dominated the fight in my opinion. I showed tonight that I belong with the elite fighters at welterweight. All I can say is that I’m ready to fight any of the top names in the division. I’ll be back.”

Ugas (23-4, 11 KO) had an eight-fight win streak snapped with the loss, which is yet another decision in boxing that ultimately will overshadow the fight itself.

What really could stink for the 32-year-old Ugas is if the rest of the sport agrees that he proved he can hang with the elite fighters, that might mean that he’s going to have an even harder time getting chances against them.

This is a guy without a real big fan base, not a draw, and he showed he can, at the very least, make a fight very close and uncomfortable for someone on Shawn Porter’s level. That makes him high-risk, low-reward, and guys like that often get screwed by the sport. I have my doubts that Porter (30-2-1, 17 KO) is going to be clamoring to settle any perceived unfinished business with a rematch, and the other top PBC welterweights — Keith Thurman, the Errol Spence-Mikey Garcia winner, Manny Pacquiao, and Danny Garcia, notably — probably aren’t dying to get in the ring with this guy, either.

If Ugas is going to get another shot like this, there’s a good chance he’ll have to claw his way to it just like he did this time, manage to get himself named a mandatory challenger for somebody again — and that could take a while. At 32, time isn’t really on his side for all that. This really might have been his true best shot, and you can make a good argument that he delivered, only to be told he didn’t.