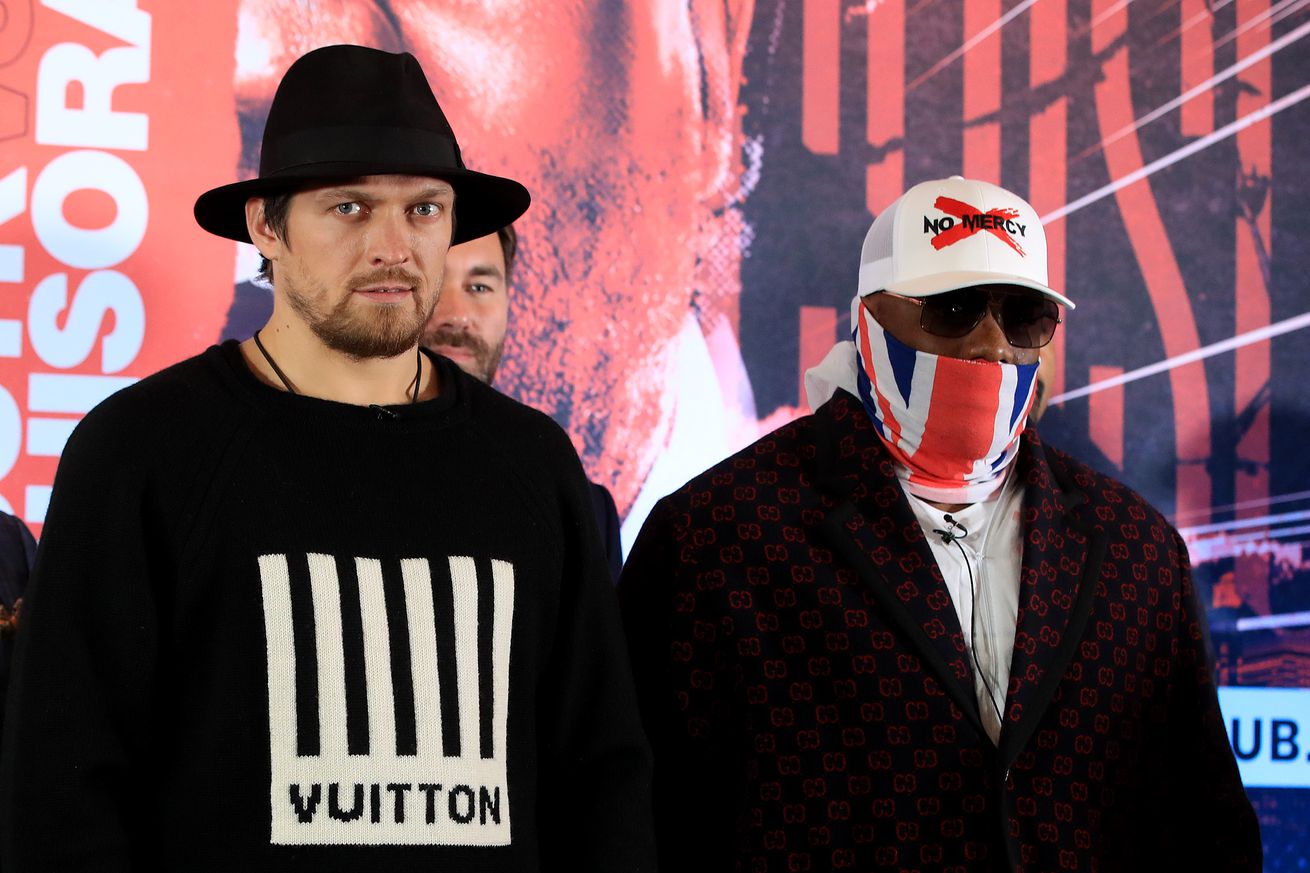 The heavyweights met up at a press conference on Friday.

Former undisputed cruiserweight champion Oleksandr Usyk is ready for his second fight at heavyweight, as he’s set to face veteran Derek Chisora on May 23 in London at O2 Arena, live on DAZN and Sky Sports.

Usyk (17-0, 13 KO) made his long-awaited heavyweight debut last October, beating Chazz Witherspoon easily in Chicago. The 33-year-old southpaw has had some trouble getting back into the ring, just as he did in making his debut in the division, thanks to some minor injuries. He’s also sitting on the WBO mandatory challenger position right now.

The 36-year-old Chisora (32-9, 23 KO) will be easily the bigger man here, and has won three straight fights. Despite his age and the fact he’s never really broken through as a serious contender, he has shown there’s still something in the tank, and he’s a legitimate heavyweight and big step up from Witherspoon.

“I am very happy to be back here and I really hope that this fight will take place,” Usyk said, admitting some worry about the coronavirus pandemic or maybe just his own luck.

“He’s a really big guy and he hits hard. I will train hard and I will be in the best shape for this fight and I tell you once again, I love boxing very much, I love to box.”

Chisora, as usual, had a bit more to say, though he held up his promise to be more civil than he’s sometimes been, and displayed real respect for the Ukrainian.

“I am fighting one of the best fighters out there,” Chisora said. “The guy knows how to box and I can’t get sparring partners who can box like him. I will chuck whatever I can chuck. I want to take his golden ticket and I want to take what he has and make it mine. I think the way he wins this fight is by knocking me out but that is not going to happen because I am going to keep coming. I am so chuffed for this fight.

“The guy has good foot movement and If I box his way he is going to win it. I just need to land a couple of punches to slow him down and it is going to be an exciting fight. I am ready to go! I will step in them ropes, bite down on the gumshield and catch this man.”