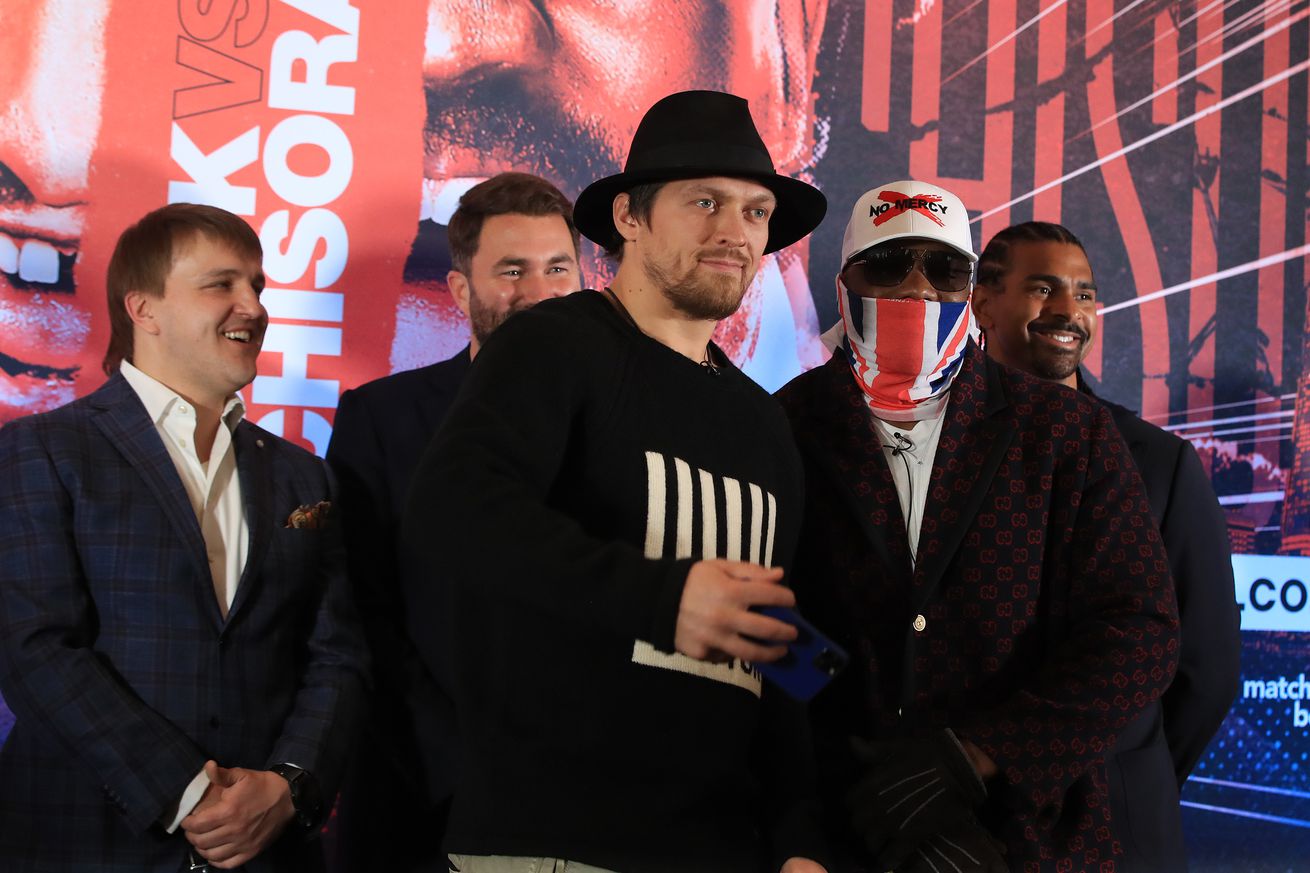 Oleksandr Usyk vs Derek Chisora, which has seen multiple delays due to injury and COVID, is now targeted for October 31st. Eddie Hearn is confident that he can put the fight together, telling Sky Sports that the fight is “close” and that both men “fancy” the matchup despite their reduced purses.

Usyk (17-0, 13 KO) became Anthony Joshua’s mandatory WBO challenger immediately upon moving up from cruiserweight, and he still intends to challenge “AJ” after the latter’s planned scrap with IBF mandatory Kubrat Pulev. Chisora (32-9, 23 KO) is nobody’s idea of a stay-busy fight, however, and represents a massive leap in competition from initial heavyweight Usyk foe Chazz Witherspoon. As Scott pointed out, Dillian Whyte put his mandatory status at risk against Alexander Povetkin last month and paid dearly for it.

Between this and Naoya Inoue vs Jason Moloney, Halloween is shaping up to be appropriately gory this year.