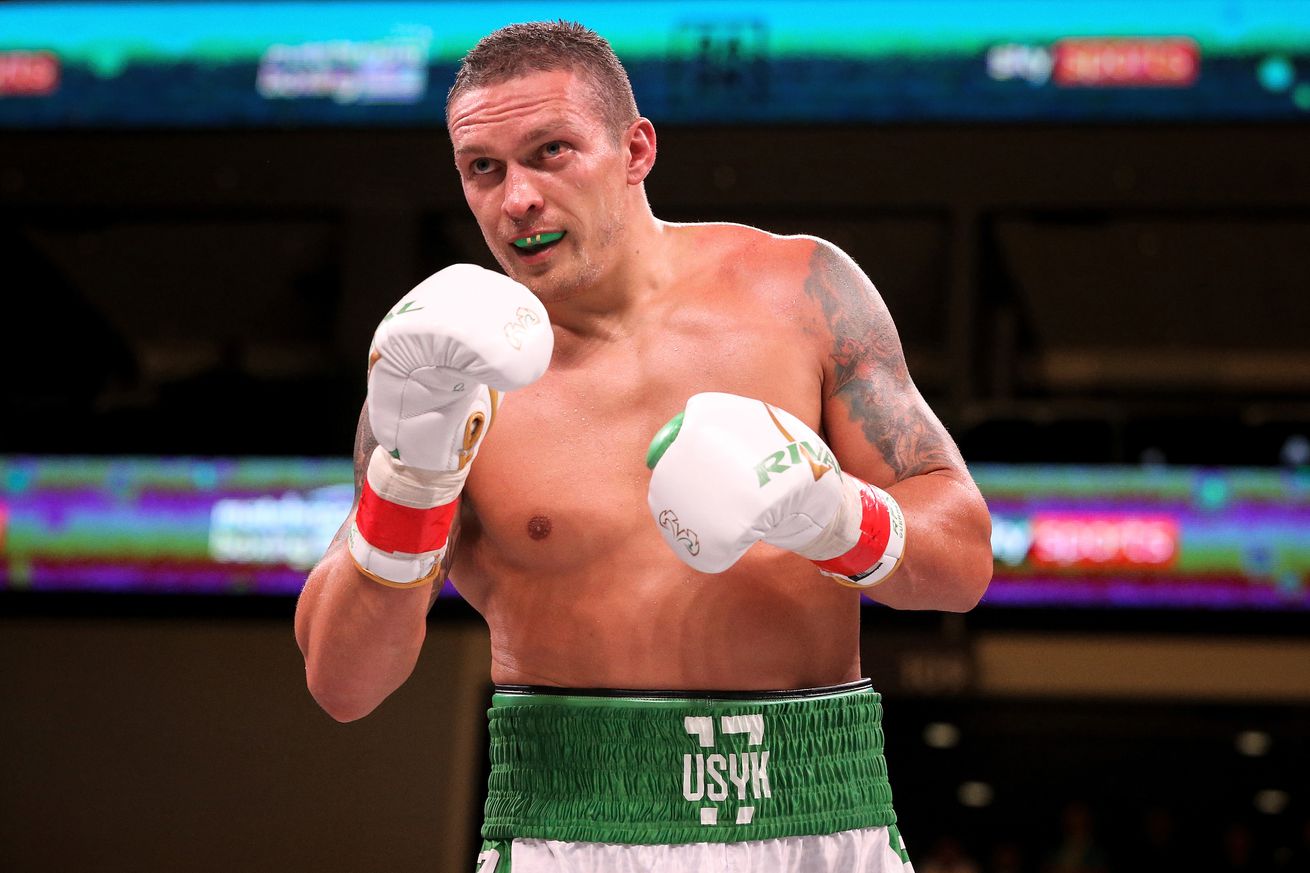 We knew it was a “done deal,” but now it’s as official as they come. Former undisputed cruiserweight king Oleksandr Usyk will put his mandatory status on the line against the ever-dangerous Dereck Chisora on May 23rd, headlining a DAZN/Sky Sports Box Office card in London’s O2 Arena.

“Oleksandr Usyk against Derek Chisora has all the ingredients for a classic Heavyweight clash,” said Adam Smith, Sky Sports’ Head of Boxing Development. Can the supremely talented Ukrainian withstand Chisora’s relentless aggression on a red-hot night at The O2? I’ve spoken to Chisora’s manager David Haye who is massively confident that his fighter will topple the former Undisputed Cruiserweight king.

“We know all about Usyk’s class, having witnessed his dramatic battle with Tony Bellew at Manchester Arena – and a certain Anthony Joshua will be keeping a close eye on a potential foe for the future. We’ve got a real Heavyweight line-up in the coming weeks, with Dillian Whyte’s explosive encounter against Alexander Povetkin, Usyk‘s risky showdown with Chisora and then AJ takes centre stage for his huge World Title fight against Kubrat Pulev.”

No word yet as to the undercard, though Hearn says that the vacant WBO cruiserweight title fight between Krzysztof Glowacki and Lawrence Okolie could end up either here or on Anthony Joshua-Kubrat Pulev.

This is the second time the two were meant to meet; they had a March 28 date planned before Usyk (17-0, 13 KO) suffered an elbow injury.

Chisora (32-9, 23 KO) remains dangerous at 36 years old, having given Dillian Whyte all he could handle in their two meetings and still possessing dangerous power. Though prone to underperforming, as seen in his 2017 loss to Agit Kabayel, he’s exponentially more of a test for Usyk than Chazz Witherspoon was.

Whoever comes out victorious will theoretically have next crack at the winner of Joshua-Pulev, which goes down June 20th in Tottenham; seeing as the WBO obligation was already shunted aside in favor of Joshua’s IBF mandatory, I can’t imagine the sanctioning body accepting any alternative besides unification with Tyson Fury.