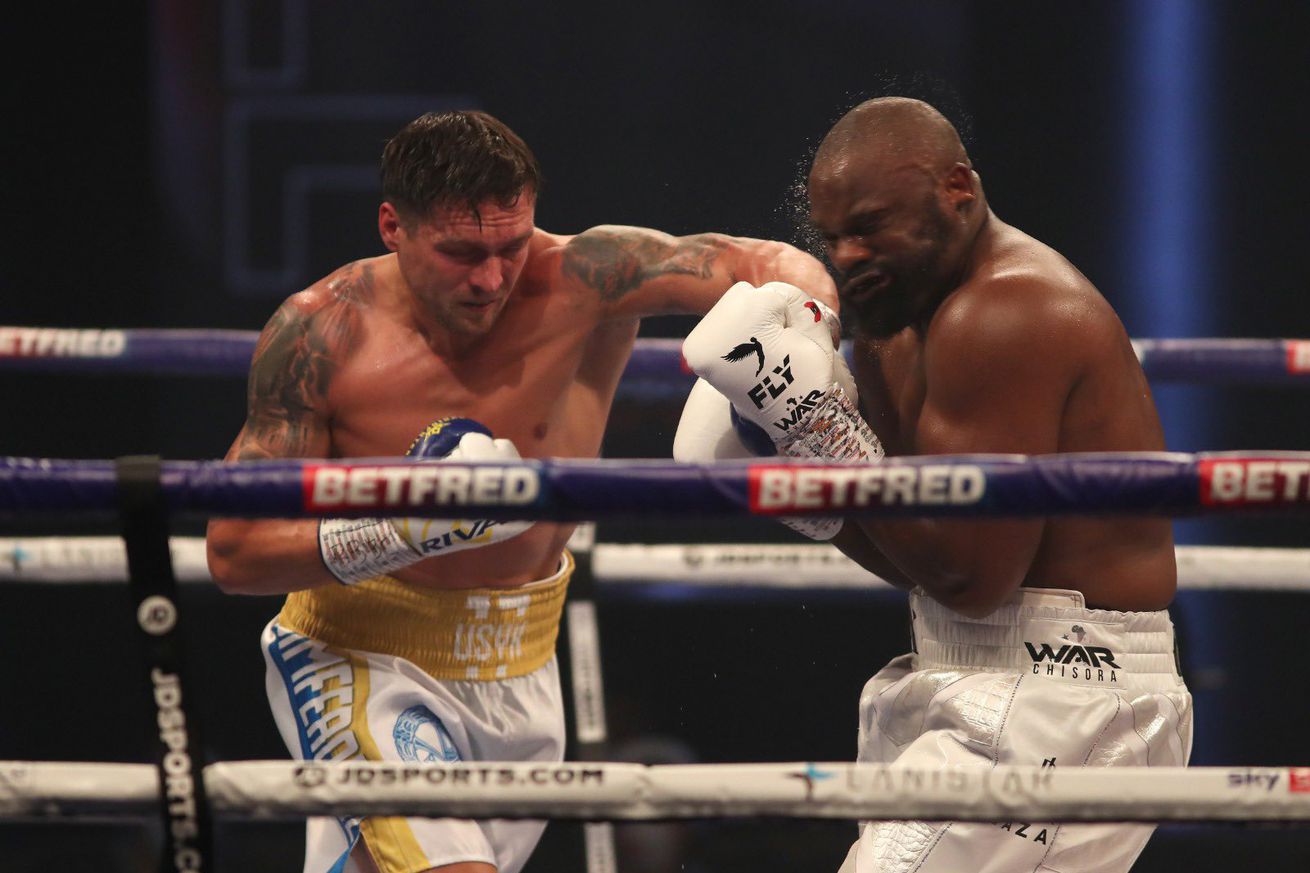 On Sunday, we discussed what’s next for Oleksandr Usyk after his Saturday win over Derek Chisora. A lot of people doubt Usyk’s ability to win against someone like Anthony Joshua or Tyson Fury, and they have other ideas they’d like to see.

But again, Usyk is very clear: he tells Sky Sports he absolutely wants Joshua next, and he has the WBO mandatory order to force his play.

“I am the mandatory for Joshua, so he has two options. One, to fight me. Two, to vacate and to go and fight Fury. Either he fights me or relinquishes. I am waiting. I am ready.”

There is potentially a scenario where Usyk (18-0, 13 KO) waits a bit longer for his title shot and allows Fury-Joshua to go ahead with the WBO belt involved. Eddie Hearn has recently discussed that, and said he badly wants a possible Fury-Joshua fight to be for the undisputed championship, which would mean involving the WBO belt.

Joshua could apply for a mandatory exception with the WBO, asking to do the Fury fight first with the winner guaranteed to fight Usyk next. If the WBO were to turn that down, then Hearn and Joshua could ask Usyk to step aside.

Mind you, Usyk and his team have stated many times they do not intend to step aside. They want the fight next. Joshua has to fight IBF mandatory challenger Kubrat Pulev on Dec. 12, and then Usyk wants AJ. And AJ doesn’t want to vacate belts, if you listen to Hearn. After all, he pays for the privilege of fighting with them on the line every time out. Vacating would be sort of admitting you wasted a lot of money. And it would definitely take some promotional luster off of Fury-Joshua, if not so much that it makes it less than a huge fight.

Hearn and Joshua want to do the Fury fight. But Usyk just is not going to step aside if he can help it. The WBO will have to make him wait, and they might not be able to do that given how long he’s already waited.

As an aside, Usyk shared some photos of himself and Chisora enjoying cheeseburgers together after the fight, thanking Chisora for the bout: