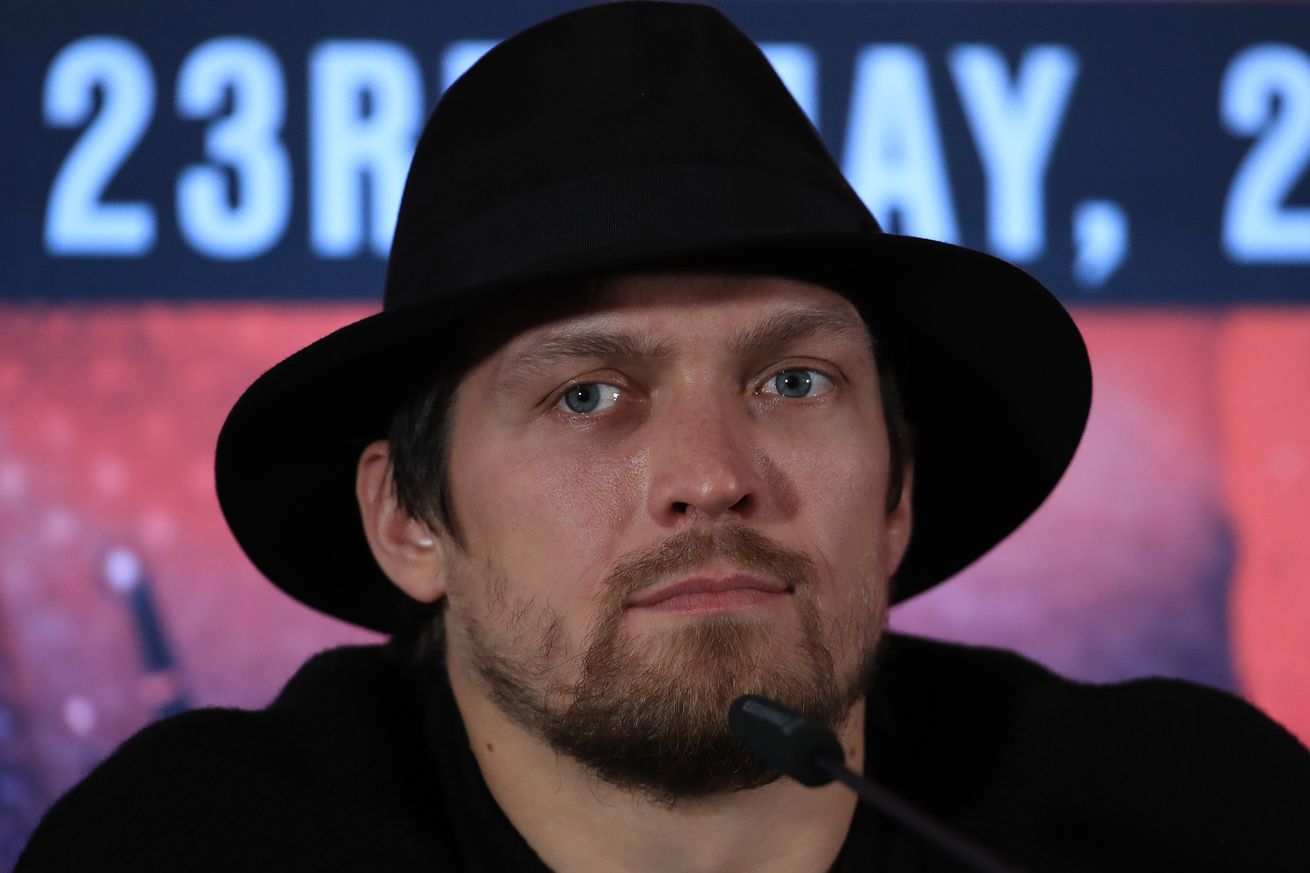 After Anthony Joshua’s December 12th IBF mandatory defense against Kubrat Pulev and Tyson Fury’s December 5th tussle with TBA, the expectation is that the two will then meet twice next year for all the marbles. If that doesn’t pan out, however, Matchroom has a backup plan in the form of WBO mandatory Oleksandr Usyk.

“Our absolute focus is as long as AJ defeats Pulev next is to fight Tyson Fury twice in 2021. If that’s not possible then we would look at his WBO mandatory challenger, which is Usyk,” Hearn told ESPN.

“I can anticipate that litigation is incoming from Deontay Wilder and [Wilder’s manager] Shelly Finkel regarding Wilder versus Fury but we just have to get on with our own business, and do our thing.

“It’s always been our plan for AJ to become the undisputed world heavyweight champion, and if he can’t do the Fury fight then we would fight Usyk in spring/summer of 2021.”

It’s worth noting that we haven’t actually received official confirmation that Fury-Wilder 3 is off, just statements from Fury’s team alleging that the rematch clause expired. Boxing being what it is, I could very easily see legal drama tying “The Gypsy King’s” hands for a while.

Per the WBO’s regulations, Usyk (18-0, 13 KO) became mandatory challenger immediately upon vacating his cruiserweight titles to compete at heavyweight. He’s maintained his statues with a stoppage of Chazz Witherspoon and a gritty decision over Dereck Chisora this past Saturday.