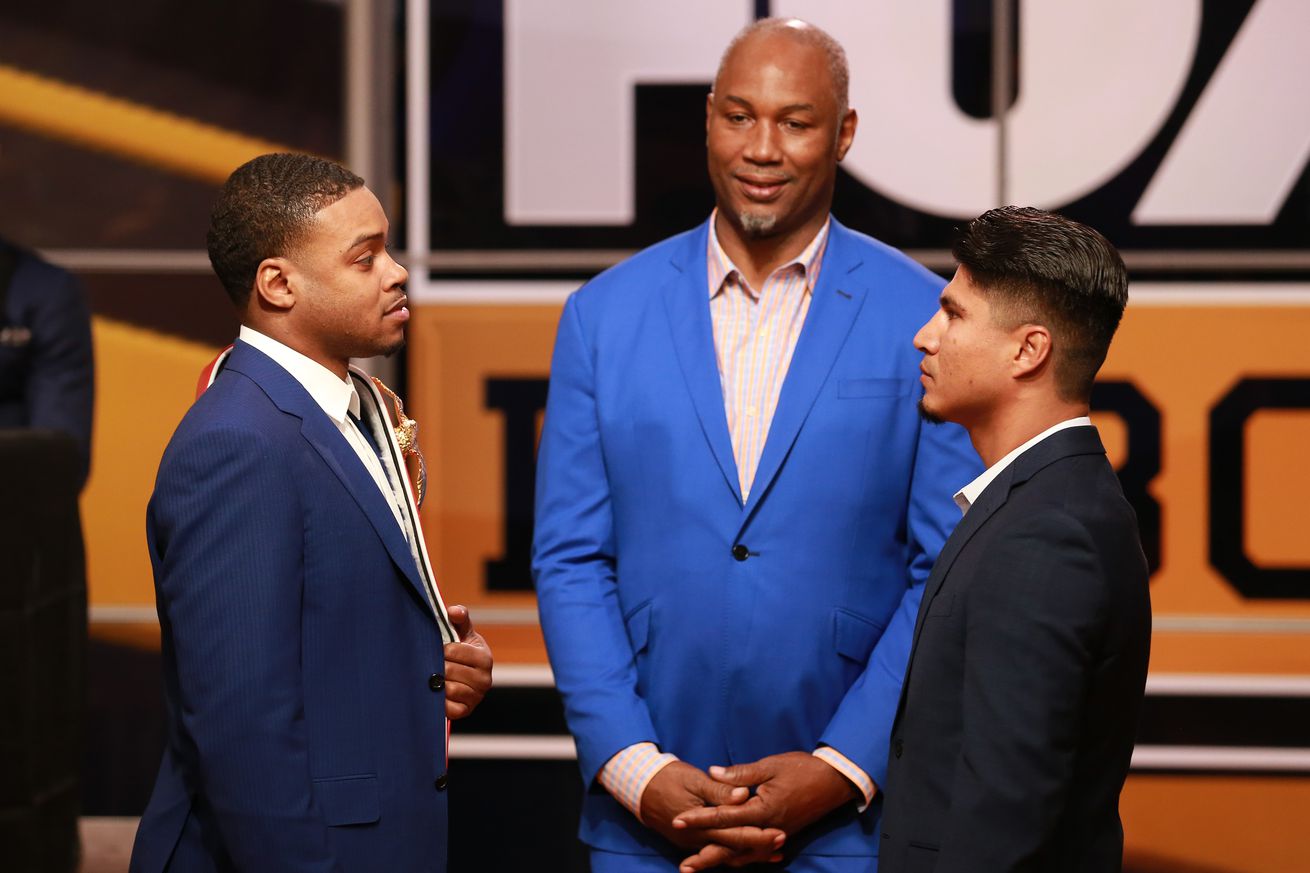 Errol Spence Jr and Mikey Garcia are both deep into the VADA testing ahead of Saturday’s fight.

One side note regarding the Saturday showdown between welterweight ace Errol Spence and coming up in weight class Mikey Garcia in Texas: VADA has been doing PED testing for the principals.

I checked in with one of the best known players in the sphere, the formerly notorious Victor Conte.

He and his SNAC team have worked with Garcia on strength building and stamina status heading into the pay-per-view clash, which the FOX production crew will handle.

“There has been stringent VADA testing for Mikey and Spence since the end of December 2018,” Conte told me. “Both had agreed to do 10 weeks of random blood and urine testing starting Jan. 5, 2019. However both fighters had their enrollment forms signed and submitted the final week of 2018. They have both been tested multiple times and all of Mikey’s results have been negative.”

So it seems like Conte is pleased with the length of the testing span.

“The VADA enrollment form for Mikey was signed and submitted on Dec. 27, 2018. I personally filled it out and had Mikey sign it and together with a photo I took of him that day, we emailed the forms to VADA. My understanding is that the Spence forms were submitted on the following day, Dec. 28, 2018. So that is more than 10 weeks of both of them being in the VADA random testing pool.”