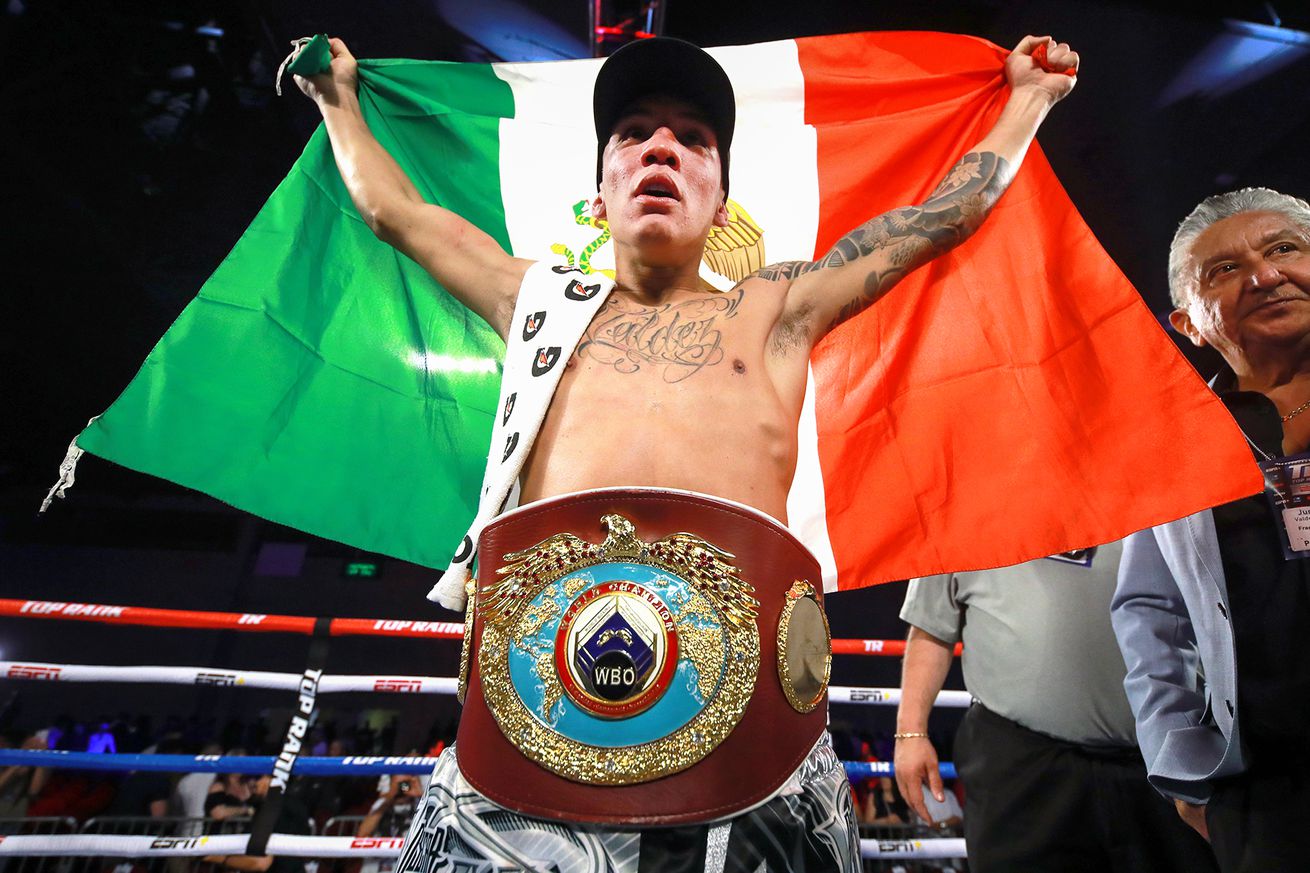 Oscar Valdez pretty much had his way against an outclassed but gritty challenger.

Oscar Valdez made a successful sixth defense of his WBO featherweight title, outclassing a gritty-but-overmatched Jason Sanchez to win a wide decision in Reno, Nevada.

Valdez (26-0, 20 KO) dropped Sanchez (14-1, 7 KO) in the fifth round, but otherwise the fight was largely devoid of any real drama or excitement. Sanchez gave his best effort, but this was a huge step up for him and he just didn’t have the skills or development to hang with Valdez, as hard as he tried.

Valdez, who has now fought twice under trainer Eddy Reynoso, has tried in his last two outings to fine-tune his approach, becoming better defensively. It’s a smart move, but he’s also done it against two guys who had no real hope of beating him.

“I’m happy, but we could always do better. We are improving,” Valdez said after the fight.

There has been talk of Valdez facing Carl Frampton next time out, but he’s not sure he will even stay at featherweight. Asked if he would stay at 126 for another fight, Valdez said he “hopes so,” but he isn’t committing to anything yet.

CompuBox saw Sanchez out-throwing Valdez by a lot, but landing at a pretty miserable rate, while Valdez was more economical and accurate.

Here’s the fifth round knockdown:

The 5th Round opens up with a big knockdown from the champ @oscarvaldez56!#ValdezSanchez | @ESPN pic.twitter.com/tAMBrpQh5G

For Flores, it was a nice learning fight if nothing else, good work and some rounds under his belt. Briceno wasn’t on Flores’ level in terms of skill, but he made Flores work.

“I felt good. The jab was nice, I should’ve thrown the jab more, though. Should’ve feinted more. I had a few things I should’ve done more,” Flores said, admitting he still has work to do.

This being his first eight-round fight, Flores was asked what’s next for him.

“I want to fight again within 2-3 months. I felt great, I didn’t really get touched at all,” Flores said. “I could’ve done a lot more. He was cautious. I think he seen my last fight, he was very prepared.”