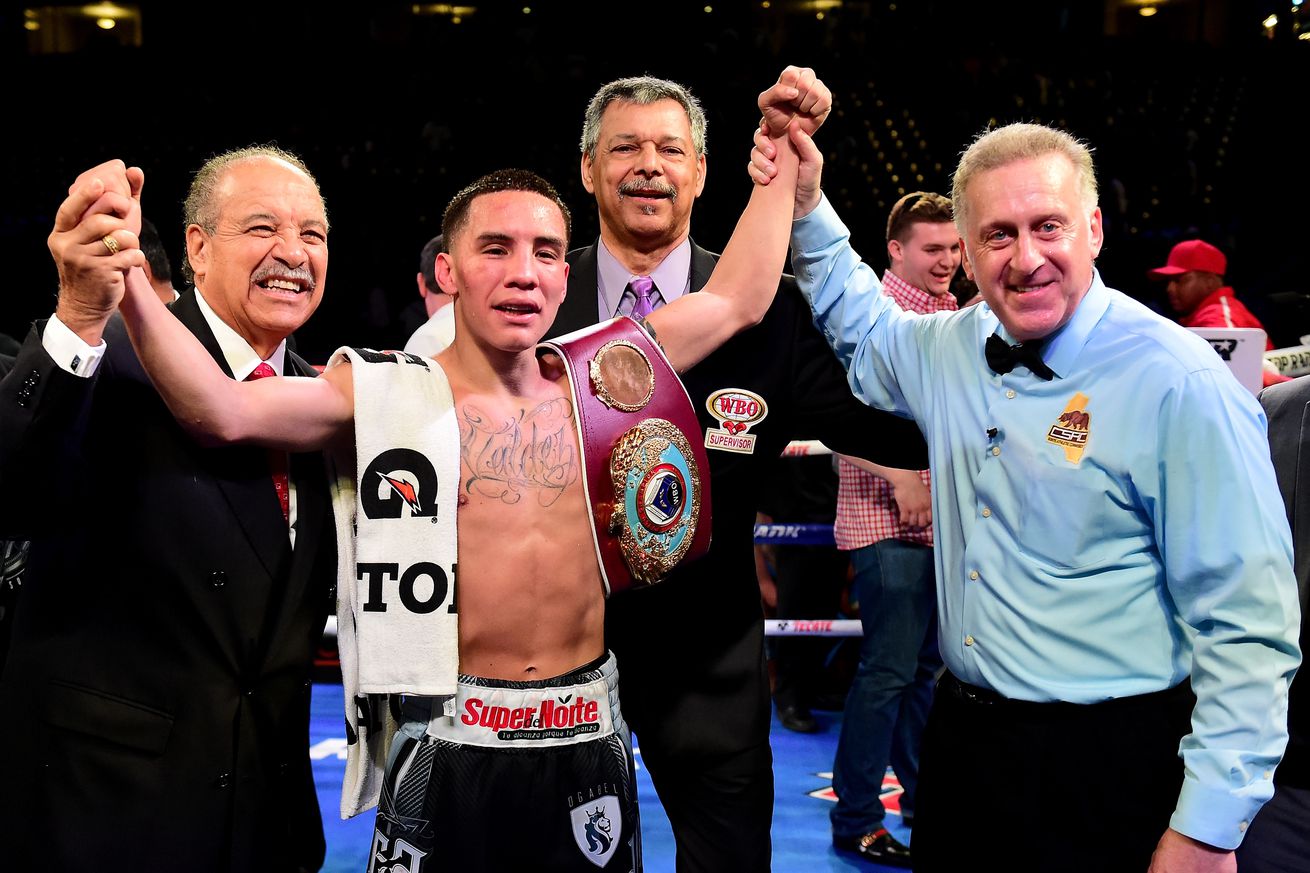 The former featherweight titlist will look to set up a potential fight with Miguel Berchelt later this year.

Former featherweight titleholder Oscar Valdez is on the hunt for a shot at WBC junior lightweight titlist Miguel Berchelt, and it looks like both should be back in action soon.

The 29-year-old Valdez vacated his WBO featherweight title last year to move up in weight, where he struggled pretty seriously against late notice opponent Adam Lopez, but got a controversial seventh round stoppage win.

Valdez has been a changed fighter since his 2018 war with Scott Quigg, where Valdez suffered a broken jaw, and when he returned after 11 months off, he was working with trainer Eddy Reynoso and trying to fine-tune his game to box more and brawl less. His opposition since the return has been middling, so the jury remains out on how his approach will work at a higher level.

That higher level shouldn’t be expected in the next fight, either, for many reasons. But a big one is that Top Rank would definitely like to protect the Berchelt-Valdez fight, which could be a strong hit with Mexican fans, and could also be a great fight, plain and simple.