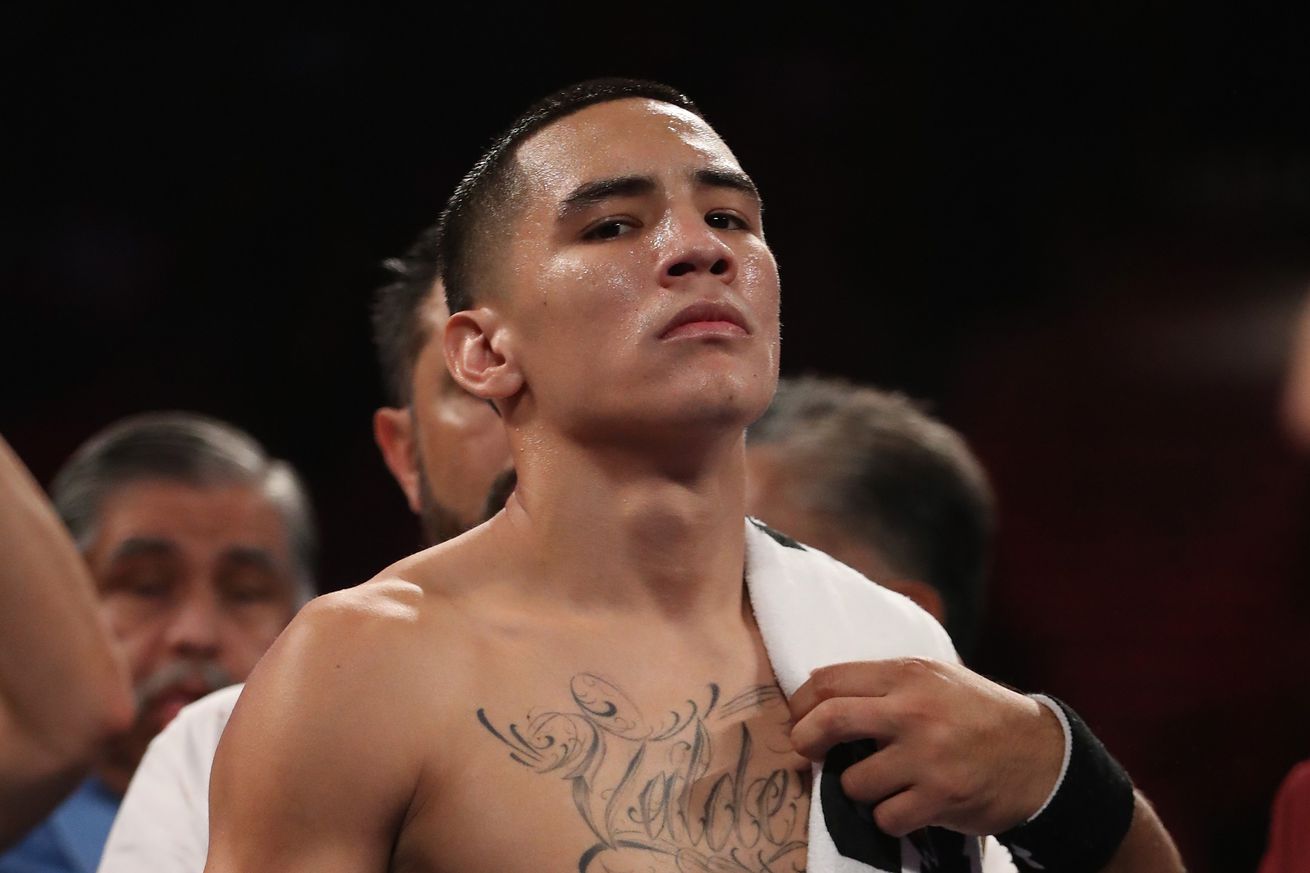 Oscar Valdez is back, and he had no trouble in his comeback fight.

Oscar Valdez’s fight with Carmine Tommasone was expected to be a pretty simple comeback victory for the Mexican titleholder, and that’s exactly what we got, with Valdez retaining his WBO featherweight title via seventh round stoppage.

Valdez (25-0, 20 KO) hadn’t fought since his March 2018 war with Scott Quigg, which gave Valdez a broken jaw. So he was booked relatively soft for his first fight back, facing Italy’s Tommasone, a light puncher who wasn’t expected to be very competitive.

Valdez, working with new trainer Eddy Reynoso, set out to work more patiently and improve his defense. It’s hard to say if anything really changed, but he certainly wasn’t a wildman in the ring tonight on offense, taking what came to him and making the most of it. Defensively, there just wasn’t much he had to worry about with Tommasone.

“(Eddy) was happy,” Valdez said. “I think so. I’m happy. We’re happy. We got the job done.” Asked about his jaw, Valdez said, “I don’t really think about the jaw. We know the jaw’s 100 percent ready for whoever. I’m gonna go back to the gym and keep on training.”

The highlight for Tommasone came after the fight, as he proposed in the ring to his girlfriend, who accepted.