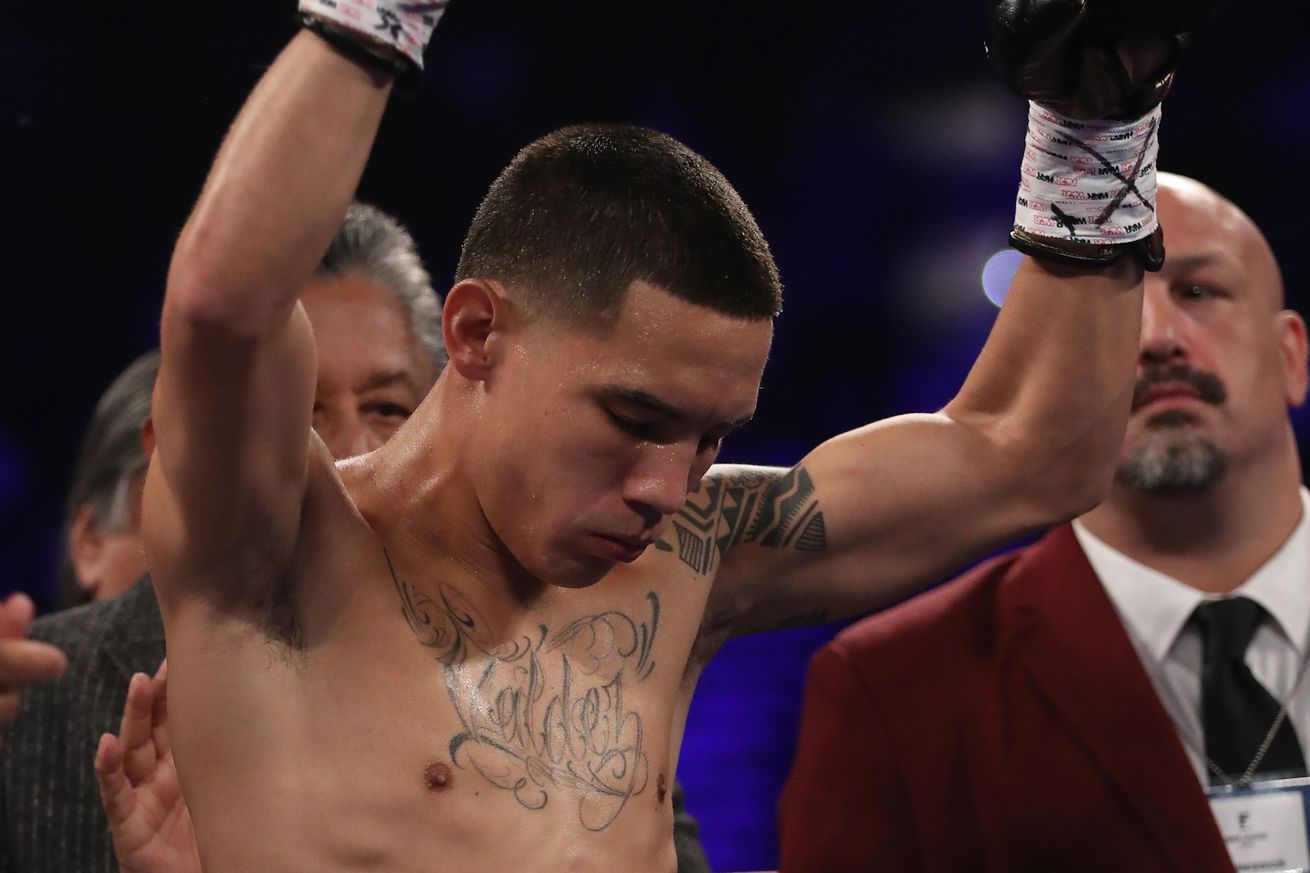 Ituarte is not ranked by the WBO

WBO featherweight champ Oscar Valdez has a dance partner for his sixth title defense on June 8th: once-beaten Erick Ituarte. According to Dan Rafael, the deal is “being finalized” but is not yet signed.

Ituarte (21-1-1, 3 KO) is arguably the weakest opponent of Valdez’s (25-0, 20 KO) reign, depending on how high you are on Carmine Tommasone. Ituarte just had his first ten-rounder last week against Jose Estrella, is not ranked by the WBO, and is outside the BoxRec top 100 for the weight. His biggest win to date came against Carlos Carlson, who challenged Shinsuke Yamanaka in 2017 and was down 60-51 when they finally stopped it in seven.

I gave Valdez a pass on Tommasone, seeing as the young star was coming off of a broken jaw and had been racking up mileage in recent wars, but this is lame. He has a #1 contender in Joet Gonzalez and #2 Oleg Malynovskiy isn’t booked at the moment, either. Between this, Gary Russell Jr.’s fight with Kiko Martinez, and Leo Santa Cruz’s recent opposition, featherweight has definitely seen better days despite the wealth of talent at the top.