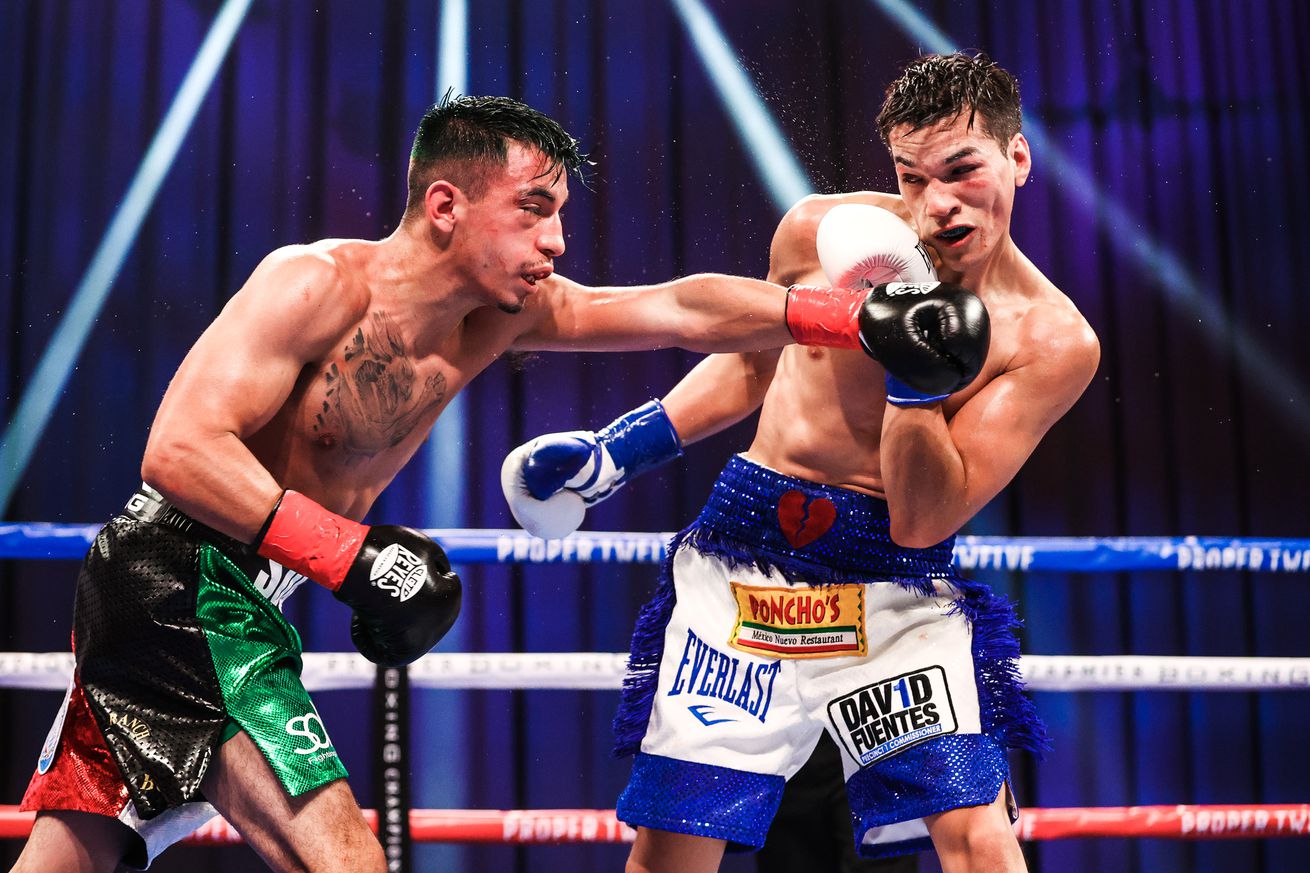 Vazquez lost to Figueroa on Sept. 26 in Connecticut.

Damien Vazquez has hired lawyer John Strafaci to file an appeal on his behalf with the Mohegan Tribal Department of Athletic Regulation, following Vazquez’s Sept. 26 loss to Brandon Figueroa.

Vazquez, 23, was stopped in the 10th round of a spirited bout on the Charlo Doubleheader PPV that night, out-gunned and out-muscled by Figueroa, or at least that was the prevailing wisdom coming out of the bout.

“I can’t remember much after the third round,” Vazquez said. “My head was so swollen and I had lumps all over the back of my head. I am just thankful that I feel better now and that my CT scan came out clean.”

“We are filing this appeal on behalf of Damien, based on egregious illegal punches that happened throughout the course of the fight that should have never happened,” said Strafaci. “The ref should have taken action early on and stopped the fouls that clearly affected the outcome of the fight. These illegal and dangerous punches put this young man in the hospital and caused him serious injury. This needs to be addressed because the next fighter may suffer worse injuries than Damien has suffered.”

The Vazquez team say that co-trainer Oscar Vazquez, who is also Damien’s father, “repeatedly pleated with the referee to admonish Figueroa,” and they are saying that Rosato not doing so “appears to be a gross case of negligence.”