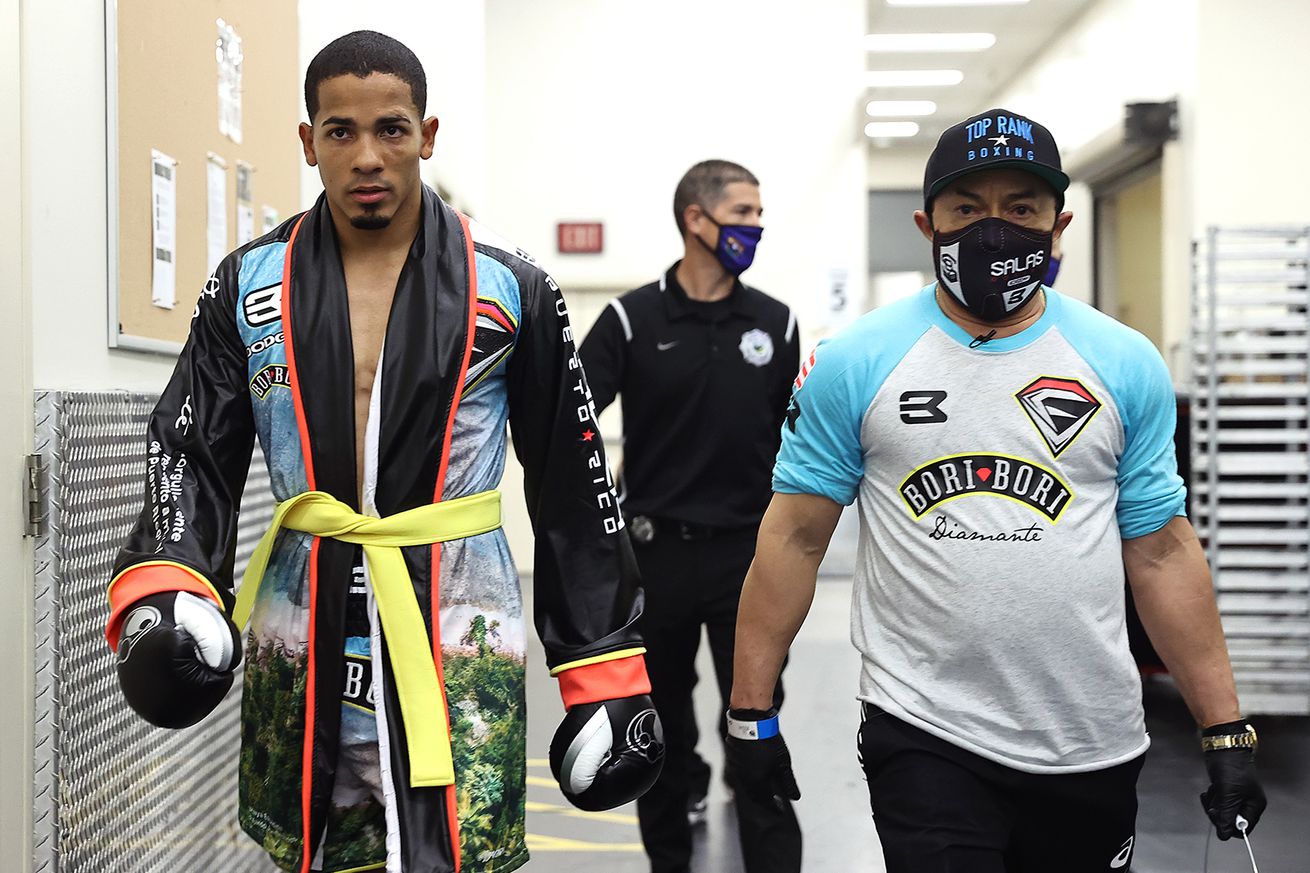 Despite losing its planned main event between Miguel Berchelt and Oscar Valdez, it looks as though Top Rank’s December 12th show is still alive. Mike Coppinger reports that Felix Verdejo will face Masayoshi Nakatani in the ESPN co-feature, though the main attraction remains up in the air.

Once lauded as Puerto Rico’s next great hope, former Olympian Verdejo’s (27-1, 17 KO) career turned into a series of unfortunate events, culminating in a 2018 knockout loss to Antonio Lozada. He’s looked decent in his four wins since, including a decision over former title challenger Bryan Vazquez and a violent first-round knockout of Will Madera in a July 16th main event, but has yet to face the sort of competition he needs to prove he’s actually living up to his potential.

Nakatani (18-1, 12 KO) is definitely a step in the right direction. The 31-year-old gave Teofimo Lopez a remarkable amount of trouble in an IBF final eliminator last year; while he’s not truly elite, his height and offbeat style make him a pain to deal with. An impressive performance against him would go a long way towards validating Verdejo’s claims.